If people were made in high-tech factories instead of being born, they'd no doubt come off the assembly line with a couple of bottles of curcumin glued to the side of their butt so the product would remain defect-free.

I mean, is there anything this stuff doesn't do? Curcumin started off as an effective pain reliever and anti-inflammatory, but then we found out it also fights cancer, blocks estrogen, boosts testosterone, improves heart health, dissolves arterial plaques, reduces the risk of diabetes, and even helps prevent mosquito-born malaria.

Now there's even evidence that small amounts can improve strength and endurance in pathways unrelated to reduced estrogen and increased testosterone.

Researchers at National Taiwan Sport University divvied mice up into four groups; each of the first three groups receiving different doses of curcumin while the fourth served as the control group.

The scientists then measured their exercise performance and resistance to fatigue by measuring forelimb grip strength and how long they could swim.

The higher the dose of curcumin, the stronger the mice got and the longer they could swim. The curcumin mice, especially the high-dose curcumin mice, exhibited lower levels of fatigue-associated biomarkers like lactate, ammonia, and blood urea nitrogen (BUN), along with fewer tissue damage indicators such as aspartase transaminase (AST), alanine transaminase (ALT), and creatine kinase (CK).

The researchers theorized that the increases in strength might have been caused by curcumin's anti-catabolic effect, and/or curcumin-influenced development of nerve pathways used by the brain to stimulate muscle.

As far as the increases in endurance, they figured it might have to do with curcumin-induced growth of new blood vessels that supplied the muscles with additional oxygen and nutrients.

What's really surprising about this study is how such comparatively low doses could be so effective. The human equivalent, even for the "high dose" curcumin mice, is well under a 100 mg. a day. Furthermore, curcumin, by itself, is notoriously hard for the mammalian gut to absorb and no mention was made of any efforts to increase absorption. That makes the effect of the low doses used even more impressive.

It also makes you wonder what standard human-sized doses of curcumin, like 500 mg. a day, would do for strength and endurance.

Secondly, we were introduced to possible new mechanisms by which curcumin improves endurance and performance, the former by development of nerve pathways that control muscles and the latter by new blood vessel growth to muscles. Granted, this experiment was done with mice, but there's good reason to think it would work with humans, too, given the mechanisms involved.

If you want to see what curcumin can do for your strength and endurance, experiment by taking at least one curcumin capsule a day.

Try it for at least a month before coming to any conclusions. Of course, you might be content with using it just for its health benefits, at which point you'd continue taking at least one or two capsules a day. 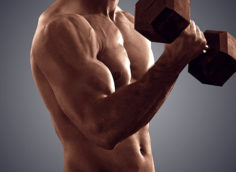 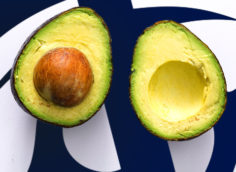 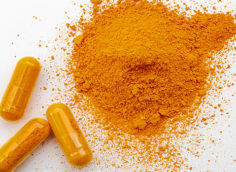 Why super-strict diets backfire and how to prevent that from happening with buffer foods.
Feeding the Ideal Body, Nutrition & Supplements, Tips
Dr Jade Teta October 17