Lifters are often wary of intermittent fasting schemes. At first glance, the diets sound so promising. You get to eat quasi-normally for a few hours or a few days and then you suddenly shift gears by restricting calories for a bit in an effort to lose body fat while retaining all your muscle. The eventual hope is that you'll somehow slip one by Mother Nature and emerge built and lean without having to actually follow an annoying diet.

With that great, Houdini-like accomplishment in your pocket, you'll then have the confidence to get a PhD, compose a rousing rap opera based on Game of Thrones, and build an animatronic woman with the libido of a repressed Catholic school girl who can also field dress an elk, all at the same time.

Unfortunately, both sets of tasks are hard to pull off. The problem with intermittent dieting is that the dieting phase is usually too severe.

Despite your best efforts, you often end up losing muscle. But researcher Victoria Pons and her colleagues conducted a study on a type of intermittent fasting diet that seems to change body comp with minimal muscle loss while actually increasing physical performance parameters.

Pons recruited 12 trained athletes between the ages of 18 and 50 and put them on a diet where, for three alternating days a week, they restricted their calories by a modest 33% or so.

That means that for three alternate days (every other day) out of every seven, they restricted their calories by a third. On the other four alternate days of the week, they ate "normally," albeit at maintenance calorie levels. Both phases – the normal diet and the calorie restricted diet – consisted of approximately the same proportions of carbs, proteins, and fat.

All of the participants performed a maximal exercise stress test before and after the calorie restriction period, along with having blood samples taken before the diet and 3-minutes post-exercise.

After 6 weeks, the dieters lost about 15.1% of their body fat, most of it from their trunk, arms, and legs. Plasma triglycerides and cholesterol dropped by 14.1% and 4.3%, respectively. Additionally, performance factors such as heart rate, lactate levels, and fatigue perception dropped.

Now, the "bad" part. Participants also lost some lean mass – roughly 2.9%. However, participants in the study didn't eat a whole lot of protein (1 gram per kilogram). Even the researchers themselves speculated that the loss in lean tissue could have been ameliorated or even offset totally if the participants had upped their protein intake to 2.3 grams per kilogram.

Of course, their numbers regarding loss of lean body mass might have been off anyhow. Diets that involve carb depletion deplete the body of water, and that often flusters DEXA measurements and leads to exaggerated reports of how much muscle was lost.

Another problem in the diet was one that anyone could have anticipated: When you restrict calories, you also restrict nutrients. Daily intake of niacin, iron, riboflavin, pyridoxine, and vitamins A and D were reduced to less than 90% of the RDA, and intake of magnesium, potassium, zinc, and folic acid were reduced to 48-67% of RDAs.

Taking a multi-vitamin or choosing more nutrient-dense foods could have, of course, remedied that problem.

The "mini-fasting" protocol studied by Pons and her colleagues seems like a relatively pain-free way to lose body fat while actually increasing exercise performance and health parameters.

Here's what you need to do if you want to try it:

As noted in the study, taking in less food means you'll also be taking in fewer nutrients, so supplement with a multi-vitamin or choose appropriately nutrient-dense foods.

Also, make sure you're taking in 2 to 2.3 grams of protein per kilogram of bodyweight as insurance against the loss of muscle. That would equate to between 180 and 207 grams of protein for a 200-pound man. 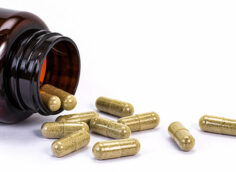