Carbs Are the Enemy? Um, Not Really

I changed a lot of my views over the years, but the biggest change is related to carb intake. When I first started out in the strength coaching field I was a diehard low-carb guy. I believed that most people needed to limit carbs if they wanted to get really lean, and that you could build a significant amount of muscle mass on a low carb diet.

Here are some of the reasons behind those beliefs:

I had a change of heart a few years back when I achieved my biggest muscular bodyweight (228 pounds at under 10% body fat) eating lots of carbs. That was in 2013 when I was in Colorado, training at Biotest HQ.

At the time we'd just come out with Plazma™, Mag-10® and Finibars and I was getting over 300 grams of carbs from those alone, and my supper was normally four turkey burgers (only the bun and the meat). All and all I was likely having 400-500 grams of carbs per day. And this is when I gained the most muscle past the beginner stage.

I started to read more about carbs and muscle gain and I realized that hormonally speaking, eating a low-carb diet makes it really hard for most people to put on a significant amount of muscle mass.

Even today when I want to gain muscle I make sure that carbs are high. At the moment I'm eating to get stronger and bigger and consuming over 400 grams of carbs per day. I'm up to 231 pounds and still have ab definition.

When I did my last photoshoot and got into my leanest condition to date I never went below 100 grams of carbs on my low-carb days (consumed pre, during and after the workout) and up to 300 grams on my higher days, and got leaner than I did during my low-carb days.

In fact, more and more studies are coming out showing that if protein and calories are the same, it doesn't matter for fat loss if the non-protein calories come from fat or carbs.

Yes, some people will feel better on a lower-carb diet while others will be the opposite. But I no longer believe that low-carb dieting is the best way to eat to optimize your physique. 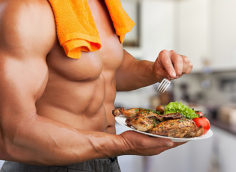 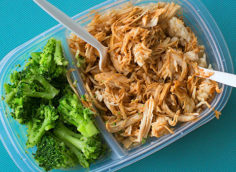 It's a hot debate right now, so let's cut through the confusion. Here's what you need to know.
Feeding the Ideal Body, Nutrition & Supplements
Dr Jade Teta August 14 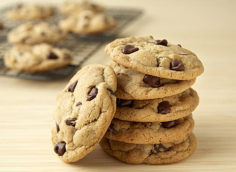