Serious lifters have figured out how to use nutrition, supplements, and drugs to make them run faster, jump higher, and lift more weight. But all of that had to do with the physical instead of the mental. The best we could do to address the mental aspect was to drink strong coffee or snort a caffeine tablet before a competition or workout.

We're now able to do much better than that, thanks to the burgeoning field of nootropics, or smart drugs. In effect, these allow you to customize your brain function; to make it serve your immediate needs whether it's increased concentration, better memory, better reaction times, or even better social interaction.

One of the most impressive of these nootropics is acetyl-L-carnitine, or ALCAR, which is sometimes called "the learning neurotransmitter."

ALCAR is a naturally occurring amino acid that readily crosses the blood-brain barrier where it reaches maximum plasma concentration in about 3 hours. The compound is touted to have a plethora of beneficial effects and it has a bunch of research behind it. Some of its effects include:

Just exactly how ALCAR does all that is still being studied, but it does definitely increase levels of norepinephrine and serotonin – neurotransmitters that play an important role in mood and brain function. ALCAR might also work by directly enhancing neural transmission by stimulating synapses or blocking post-synaptic inhibition.

In short, it appears to increase your electrical "wattage" so you burn brighter and longer. ALCAR also plays well with others. If you combine it with other nootropics, it has a mutually potentiating effect in that all the compounds in the combo work better.

You can find ALCAR in the Brain Candy® formula, which contains other specialized ingredients to boost mood and energize the mind. People use it pre-workout, before an evening out as a "smart" social lubricant, and even for mental tasks that require focus and concentration, like studying or writing. 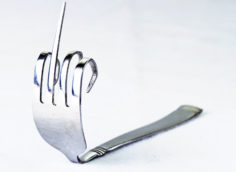 Diets are temporary and often backfire. To lose fat and keep it off, you need to first change how you think. Here's what to do.
Diet Strategy, Feeding the Ideal Body, Motivation, Nutrition & Supplements
Dani Shugart June 20 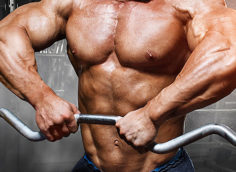 Does building more muscle really boost your metabolism as much as you think it does? Here are the facts.
Bodybuilding, Building Muscle, Nutrition & Supplements, Tips
Christian Thibaudeau December 18