PA for the Win

It's time to add another study to the library of evidence that proves the muscle building, fat-burning effects of PA or phosphatidic acid.

As a reminder, phosphatidic acid is a cellular messenger that's been repeatedly shown to increase muscle protein synthesis. It does this by signaling and then stimulating production of something called the "mammalian target of rapamycin" or mTOR, which is a big deal in the strength and muscle building world.

Researchers at Cal State, San Bernadino recruited 18 lifters and split them into two groups. One half got a daily dose of a formulation that contained 750 mg. of phosphatidic acid (PA) as its main ingredient and the other got equal amounts of placebo.

All of the participants followed the same training program three days a week for 8 weeks. They were tested in the following areas before the study began and after the study concluded:

Here's what they found in the PA group and the placebo group after 8 weeks:

For best effects, take 750 mg. of PA (sold by Biotest as Micro-PA®) an hour before training.

However, a lot of PA users take it on non-training days, too, as there's plenty of evidence that it activates brown adipose tissue (BAT), which causes calories to be burned (i.e. fat loss).

Turns out, not all protein is awesome. Gluten can make you bloated and might put the brakes on hypertrophy. Here's how.
Diet Strategy, Feeding the Ideal Body, Nutrition & Supplements
Mike Roussell, PhD April 29 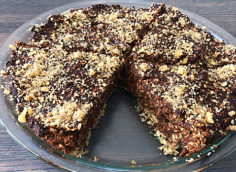