Big in the Gym, Fat in the Locker Room

If you have a decent amount of muscle but a moderate amount of fat covering that muscle, you won't look impressive or even "good" with your shirt off.

I've been around gyms long enough to have seen hundreds of guys look thick and solid while training, only to think, "That's it?" when they take their shirts off in the locker room. You just can't get around it. To look good naked, leanness is the key. Of course, as lifters we want that leanness along with plenty of muscle. But simply having muscle isn't enough to look great.

On the other hand, few of us want to compete in bodybuilding or even reach anywhere near that level of extreme leanness. Getting there requires sacrifices, suffering, nutritional strategizing, discipline, and the willingness to feel like crap most of the time.

The good news is, losing enough fat to look awesome in everyday life isn't that complicated. But it still requires discipline, which is why most of us who love food (and not always the good kind) could use a few tricks. Here are my favorites.

The first time I ever got lean was when I was 20. While I did use caloric restriction (no diet is magical enough to allow you to lose fat while being in a caloric surplus), I can't say that my diet was great. I tried to make good food choices, but I also ate things that are typically considered a no-no when trying to lose fat.

I had a very simple strategy for these "no-no" foods: I could eat them, but I needed to do some sort of physical activity prior to having them. It didn't have to match the calories in that food or anything fancy and scientific like that. It also didn't need to be a full-on workout. It just needed to be SOMETHING.

The only rule? If it was going to be a low intensity activity, like brisk walking or shooting some hoops, it had to be done for at least 15 minutes. And if was a bit more intense, like a mix of push-ups, crunches, jumps, sprints, and resistance band exercises, it needed to be done for 7 minutes, with more work than rest time. 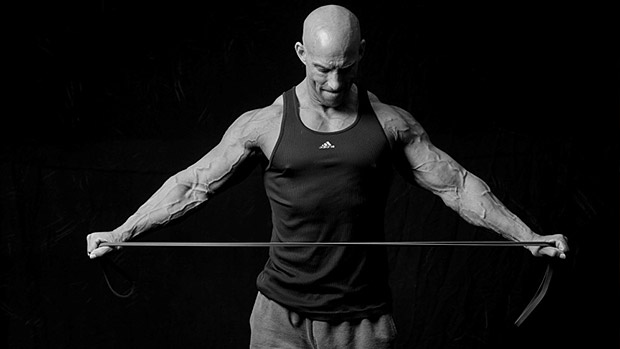 I'm not saying you can counteract a McDonald's trio by getting on a stationary bike for 30 minutes. The purpose of the exercise period prior to eating has nothing to do with burning more calories. It's only a strategy to help you eat less.

The fact remains that when it comes to losing fat, although there are many important factors (macro ratio, food selection, meal timing, etc.) caloric balance remains the key element. And the main problem most people have is simply eating too much – meal frequency or portion control.

Why does this strategy work? Here's what it does:

Of course, your inner devil's advocate will argue that you have a busy schedule and you don't have time for this. Really? Do you train? Well, that counts for one.

Don't you have time to do 3 sets of push-ups, crunches, and air squats in the morning upon waking before breakfast? Can't you take a short 15-minute walk or run up and down the stairs at the office a few times before lunch? Can't you go take a short 30-minute walk with your wife to unwind after your work day, before dinner?

And if you think about it, the intense physical activity will actually amp you up for your day. Or if you choose the less intense route, it may help you relax and decrease cortisol.

Other than that, it'll make you more conscientious about that extra meal because you'll need to invest a little bit of effort and time. But since it can be done in 7 minutes it shouldn't be a problem at all.

This strategy reminds me of a quote by Jim Wendler. Jim was asked what he thought about kids eating fast food. To which he answered: "It's fine, if they push the Prowler to get there."

2 – Drink a Protein Shake Before Meals

Speaking of Jim Wendler, this next tip comes from him. It's amazingly simple and will greatly help with portion control; it might even help you build muscle in the process.

Prior to your main meals of the day, drink a protein shake, ideally 5-10 minutes before the meal. This tip works even better when using a thicker shake like Metabolic Drive® Protein. Why? Because a thicker shake fills you up more, and that's the purpose of this pre-meal shake. 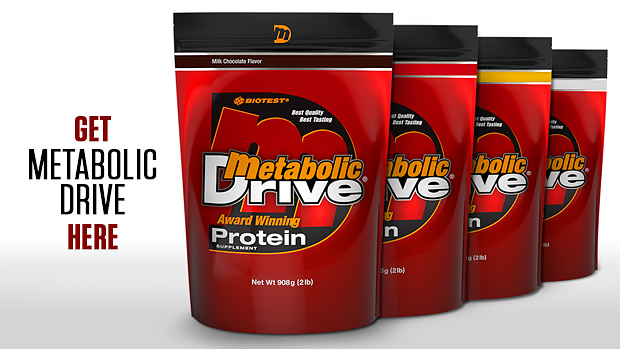 Once again the true key to fat loss is eating less. Most people have problems with portion control and that's why they do better when they resort to extreme diets. Take the keto diet for example: a high-fat and moderate-to-high protein meal is a lot more satiating than a high-carb, moderate-protein meal. A higher fat meal also takes a lot longer to digest, which reduces hunger.

Studies have shown that if an individual doesn't eat a calorie-controlled diet, he will eat less when on a keto diet versus a higher carb diet. The caloric restriction is the main reason people report a lot of success when they start keto dieting.

Intermittent fasting uses a different approach. While most variations of it don't control portions, by having a long period without food you can control total daily food intake. It's harder to overeat when you can only eat within a 4-hour window of time.

If you can find a way to decrease caloric intake without feeling like crap, your chances of success are greater because it'll be easier to stick with it over the long run.

Drinking a thick protein shake 5-10 minutes prior to a meal will decrease appetite, especially if blended with a good amount of ice and water. And contrary to popular belief, not all protein shakes are the same. Different ingredients do different things and there is a variety of sources that proteins can come from. Look for micellar casein, which is a protein that will digest slowly and blunt hunger for longer.

When you're on a diet and your portions are reduced, having that shake will leave you satisfied even if you ate less than usual. And if you are "free-eating" (no planned portions) the pre-meal shake will prevent splurges.

Drink the shake before the meal or it will defeat the purpose. You're not using it merely for additional protein, but as a tool to reduce subsequent food intake.

Now, people who struggle with basic logic and reasoning will say this: "But Christian, you said that the key to fat loss is creating a caloric deficit. Protein shakes have a caloric value, don't they?"

Of course they do. Each gram of protein provides roughly 4 calories of energy. However, since protein is extremely difficult to use for fuel (needs to be converted to glucose) and even harder to store as fat, consuming more of it will not negatively impact fat loss.

And the purpose of consuming the shake before mealtime is to make you want to eat less at the dinner table, so you'll end up consuming fewer total calories. 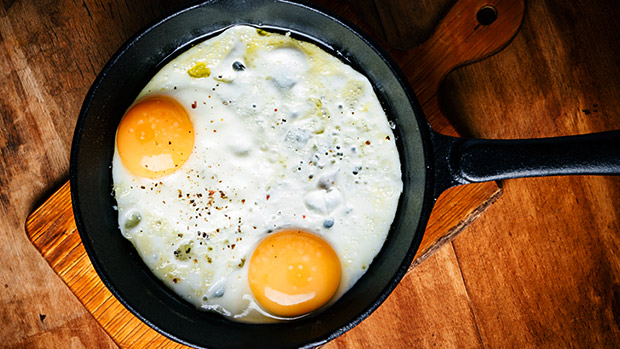 This is a pretty common approach in physique sports. Matt Porter, for example, one of the smartest men in bodybuilding, uses this approach during contest preps. And it's been around. Thirty years ago the late Dr. Fred Hatfield, who squatted 1014 pounds at age 45, wrote, "Eat for what you're going to be doing and not for what you've done."

If you aren't going to train hard, and your goal is fat loss, then you don't need "fast fuel" that day. Note that if your goal is to build maximum size, not get lean, I recommend having carbs on off days. But when trying to get lean this is a very simple approach. You don't even need to necessarily count calories, just don't eat any carbs.

Should you increase fats to compensate? No. If it turns out that you eat a bit more fat because you have more steak that's fine. But don't add fat sources on purpose. You won't turn catabolic in one day! This will provide a nice caloric restriction when it will have the least negative impact on your training performance and muscle building.

I do believe that carbs are very important when trying to build and preserve muscle mass. Carbs give you more fuel in the gym (better performance equals better gains), help you recover after your workouts, and increase IGF-1 and insulin levels, which are very important for muscle growth if increased at the right time.

If you're trying to get completely shredded it'll be necessary to follow a precise diet plan. Those who've done bodybuilding shows know that sometimes a very small change in your diet (caloric intake, food choices, meal timing) can make a significant difference, and it's next to impossible to do these properly if you don't fully control your diet.

If you want to get lean simply: