Lifters and athletes generally eat protein bars for any one of a short list of reasons:

But the one thing you don’t see on that list is eating protein bars for fat loss, or at least maintain your bodyweight status quo. Sure, someone may substitute eating a protein bar for a hot fudge sundae, but that’s an entirely different thing than what I’m suggesting.

And no, I’m not talking about some protein bar spiked with a trendy fat-loss ingredient that Oprah might push, but a protein bar that not only provides protein, fuels intense workouts, and hydrates you better than any Gatorade concoction, but also promotes fat burning through the use of a very cool, functional carbohydrate.

Such a protein bar exists. That multi-talented protein bar is Biotest’s Finibar™ Competition Bar and the functional carbohydrate I’m talking about is Palatinose™, commonly known as isomaltulose. 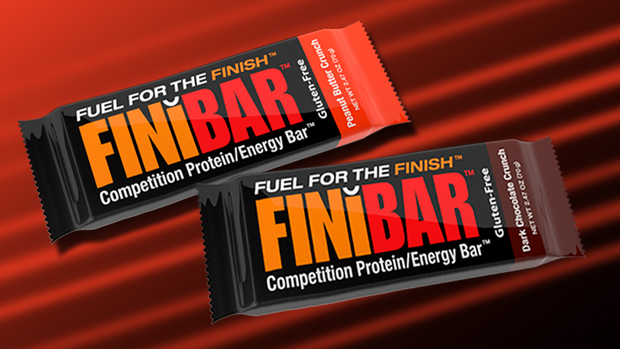 The Carb That Improves Fat Oxidation

Isomaltulose is manufactured from the sucrose harvested from beet juice. It’s vegan, kosher, halal, and non-GMO. It doesn’t rot your teeth. It has a mild, natural sweetness and it doesn’t leave a metallic taste in your mouth.

More importantly, it’s a low glycemic index (GI) carbohydrate that prompts the body into using body fat for energy by improving fat oxidation to a much larger degree than other carbohydrates. (Normally, when you eat ordinary carbs before a workout, carbohydrate oxidation increases and fat oxidation decreases, which is not a formula for successful weight loss.)

That means that isomaltulose is the only carbohydrate to provide sustained energy while simultaneously supporting fat mobilization – the release of free fatty acids from fatty tissue.

One study even found that the percentage of energy supplied by fat in endurance athletes who ingested isomaltulose was 25% higher than in those who ingested maltodextrin (a popular carbohydrate used in many generic workout powders and energy bars).

Another study, this one conducted by the German Institute of Human Nutrition, found that isomaltulose caused insulin to rise approximately 55% less than regular table sugar.

That same study also examined the effects of isomaltulose on GIP and GLP-1, two hormones that play a role in regulating glucose levels and body weight. The former influences insulin levels while the latter increases muscle uptake of glucose, decreases the speed that food is digested, and decreases the appetite.

Generally, you want GIP levels to go down or stay near the same when you eat something, whereas you want GLP-1 levels to go up after a meal. That’s exactly what happened when the subjects ingested isomaltulose. GIP levels only went up a tiny bit, as compared to the effects of regular sugar, which saw GIP levels more than double in 15 minutes.

As far as GLP-1 levels, isomaltulose caused them to jet upwards and linger there for a considerable time, which is exactly what you would want to see happen if you care about how much fat you carry around. 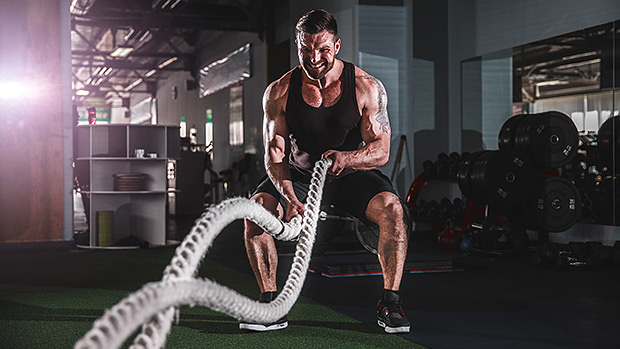 What Else is Cool About the Finibar™?

Most protein bars try to pass themselves off as having been formulated with some sort of functions or healthful virtues so that people can fool themselves into thinking they’re being nutritionally pious. Too bad these bars are really just chocolaty protein delivery systems; fine for getting protein in an emergency but not much else.

Just take a look at some of Finibar’s super powers, courtesy of isomaltulose:

Biotest originally designed the Finibar™ Competition Bar to power and hydrate endurance athletes, but soon found that it worked well for all kinds of athletes, including lifters, CrossFit athletes, combat sports specialists, and even the military.

As far as fat loss (or lack of fat gain), it wasn’t really even on the menu until customers and staff started to notice that they could eat a number of the bars over a period of days and weeks and seemingly not gain any body fat – something that would probably be impossible with conventional protein bars.

Now we know more about why eating a lot of Finibars doesn’t seem to pork you out, and, when used to fuel workouts, may even contribute in a small way to weight loss.

So while Biotest recommends having a Finibar™ before a lifting workout, a 50-mile bike ride, or some other athletic endeavor, I suggest you also have one as a mid-morning snack, before bed, or any time you want an extra hit of protein. Have one for the hell of it. Have two for the hell of it.

Granted, calorie intake is super important when it comes to controlling body fat percentage, but a calorie isn’t always a calorie. Different substances have major beneficial effects on brain centers that control hunger and the hormones that metabolize fat. The isomaltulose found in Finibar™ Competition Bar is among those substances.