You probably know all about the various ways fish oil can improve your health. You know about how it shores up your cardiovascular system, how it decreases systemic inflammation, increases insulin sensitivity, and in general has beneficial effects on almost any malady you can think of.

You might also know about recent studies that show how fish oil, or more specifically, omega-3 fatty acids, can lead to better reproductive health – higher testosterone levels, bigger, more robust testicles, and an increase in quantity and quality of sperm. (3)

You might even know that omega-3 fatty acids help with cognitive disorders, including the mental plague of the 21st century, depression. (1)

If you do know all that, consider yourself a fish oil scholar-in-residence. A gilded 18-inch Pacific sardine hung from a heavy chain is on its way to your home. Wear it around your neck proudly, but take it off before you operate a snow blower, woodchopper, or lathe.

Regardless of your apparent breadth of knowledge on all things fish oil, it's possible you don't know that the results of several studies have suggested that fish oil can be used as an ergogenic aid for athletes, a finding based largely on the ability of omega-3 fatty acids to change the functional capacity of muscle cells.

Athletes of all kinds have used fish oil, either knowingly or unknowingly, to inhibit the cyclooxygenase-2 (COX-2) pathway, which is associated with increased inflammation.

That means that together, those two mechanisms suggest that omega-3 fatty acids can enhance training adaptations in athletes including strength, power, endurance, and exercise recovery. At least those are the findings of scientists from the University of Stirling in the United Kingdom who conducted a meta-study on the effects of omega-3 fatty acids on sports performance. (5)

The main driver of muscle hypertrophy is increased muscle protein synthesis (MPS) brought about by exercise and proper nutrition (adequate protein), and omega-3s are thought to further sensitize skeletal muscle to this exercise and protein.

This concept was validated in 2011 when Smith et al. showed that dietary omega-3s potentiated the response of MPS to amino acid infusion. Although they didn't see any change in the basal rates of MPS, they observed post-prandial (right after a meal or infusion) increases in MPS, which is when it counts. They also noted an uptick in the activity of mTOR, which is a major regulator of muscle growth in us mammal types.

Similarly, the same scientists from the University of Stirling who compiled the meta-analysis I mentioned above found that 4 weeks of 5 grams/day of omega-3s stimulated focal adhesion kinase (FAK), a signaling protein that regulates MPS.

These same researchers found that while it takes about 2 weeks to see an increased incorporation of omega-3s into muscle cell membranes, the levels continue to increase after 4 weeks with no ceiling in sight.

Those test-tube analyses are fine, but let's take a look at some real-world stuff. First up was a study involving omega-3s and older adults who underwent 6 months of either omega-3 supplementation (3.36 g/day EPA + DHA) or corn oil supplementation (Smith et al., 2015).

Another study found that 2 grams of omega-3s a day increased peak torque with 90 and 150 days of supplementation. The omega-3 enhanced group displayed training-induced improvements in neuromuscular function and time delay between the onset of muscle activation and muscle force production in the biceps femoris and the vastus lateralis (the muscles got quicker).

However, in the interest of being a straight-up guy, I need to point out that these last two studies were conducted on older people who couldn't be classified as athletes. Oddly enough, there's only very limited research on the role of muscle growth in actual athletes, despite the positive results seen in blood chemistry studies and studies using older individuals.

Omega-3 fatty acids have been shown to positively affect endurance in a number of ways:

As every weightlifter knows, repeated eccentric muscle contractions cause damage to muscle fibers, and muscle damage sure as heck impairs subsequent lifting sessions and/or sports activity.

However, because omega-3s increase the structural integrity of the muscle cell membrane and inhibit inflammatory actions, they subsequently improve recovery.

Brain injury isn't usually something that happens to lifters, but it's of course an issue in many contact sports.

Studies involving the effect of fish oils on traumatic brain injury (TBI) are problematical with humans, but one study of American football players did find that ingesting omega-3 fatty acids over the course of a full season led to decreased concentrations of "serum neurofilament light," a biomarker of head trauma.

There are, however, a number of pertinent rat studies. One of the pioneering studies of fish oil and TBI found that afflicted rats that were on a fish oil diet before and after induced injury were able to navigate a maze much faster than the placebo group. (Wang et al., 2013).

Surgeons always tell you to stop using fish oil before an upcoming procedure, the concern being that the omega-3s will "thin" your blood and they won't be able to stop the bleeding.

Similarly, athletes in contact sports are sometimes wary of fish oils, believing that they'll exacerbate bruising. Contrary to all that, though, a systematic review of different populations, including athletes, found that omega-3 supplementation made no difference in bleeding rates. (Begtrup et al., 2017)

If their findings hold up to the test of time, that means that fish oils, even though they reduce platelet aggregation, don't affect bleeding rates after surgery. Similarly, any concerns about additional bruising appear to be unfounded.

Unfortunately, the latter rather than the former are the ones that seem to be featured on local news programs, right after reporting that Fluffy the cat was safely rescued from the roof of a Mrs. Evelyn Crabtree Cormorant of 1254 Elm Street.

It's my contention that when fish oils fail to show positive effects, it's because of one of two reasons: Either they used inadequate doses, or they used doses that were inadequate. You get the point.

Remember that VITAL study that slammed fish oils and their supposed lack of effects on cardiovascular health? They used a measly 840 mg. a day of EPA and DHA (the two most biologically omega-3 fatty acids found in fish oil). That's only a third or fourth of the amount deemed most effective in preventing heart attack or stroke.

Regular people tend to under-dose themselves, too. They buy a fish oil product and don't pay attention to anything but the number of capsules recommended on the label. There is, however, a huge range of omega-3 content and recommended dosages in fish oil capsules.

Take for instance the amount of DHA and EPA in a typical Costco, Kirkland brand fish oil capsule. A serving size contains a combined 250 mg. of EPA and DHA. Most people read the label, assume Kirkland knows what they're talking about, pop just one capsule and then walk down the aisle to sample two, three, or eight Cheddar Bunnies.

Contrast that with a serving Biotest's fish oil product, Flameout®. Each serving has a combined 3,080 mg. of EPA and DHA. That's like a lot more than the Kirkland brand.

Additionally, each serving of Flameout® contains 352 mg. of conjugated linoleic acid (CLA), a fatty acid found in high concentrations in the milk of grass-fed cows and valued for its fat burning and tumor suppressing properties.

Flameout® also has processing standards that most other products can't compete with at all:

Clearly, dosage matters, as does purity, quality, and a philosophy of intention, which in this case is making a product that gives the biologically active fatty acids it contains the best chance of doing what they're physiologically capable of doing, whether it be improving health, increasing muscle protein synthesis, facilitating recovery, or improving sports performance.

Flameout® undeniably represents all of that. 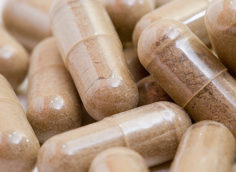 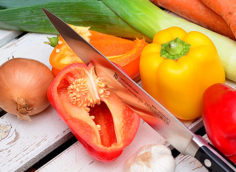