DHA is No One's Sidekick

You hear about them all the time: EPA and DHA. They're the essential omega-3 fatty acids that are abundant in fish and shellfish and have a number of nutritional superpowers.

The beneficial effects of fish oils in general are unequivocal, but one of the two primary omega-3 fatty acids is feeling underappreciated. DHA, you see, is tired of just being EPA's sidekick.

To extend the superhero analogy a little further, DHA is Robin to EPA's Batman, but Robin, in this case, has grown up. He's hit puberty. He's tired of wearing a stupid jumpsuit that looks like something Harley Quinn wore when she was eight years old. And the name "Robin"? Eff that. He'd rather be called Raptor, or maybe he'd skip the whole flying animal thing and go with Wolfballs. Anything but Robin.

The point is, DHA, in many respects, is equal to or superior to EPA, depending on which function or which disease state is in question. Even so, DHA almost always gets second billing. The vast majority of fish oil supplements contain large amounts of EPA with only meager amounts of DHA. It's almost as if DHA were thrown in as an afterthought.

Well, DHA is nobody's "afterthought." It's a biologically distinct molecule with its own set of bioactive effects. That's why Biotest – almost alone in the supplement world – produced a fish oil supplement (Flameout®) that contains a far greater amount of DHA than EPA.

DHA levels appear to positively correlate with longevity. Japanese researchers found that out of over a 1,000 people over the age of 60, those that had the highest amounts of DHA in their blood had the lowest mortality rates.

The sperm membrane is made up of polyunsaturated fatty acids (PUFAs), but primarily DHA. By adding more DHA, you're like a stonemason slapping on mortar to thicken the wall they're building.

As a result, you get increased sperm motility and concentration, along with a lot more sperm that aren't gimpy (which is a major cause of male infertility).

3 DHA is Good for Brain Function

Sorry EPA, but DHA is the most important omega-3 PUFA in the brain, as EPA levels are typically 250-times lower than those of DHA.

That's not to say EPA doesn't play a role in various brain functions and preventing age-related cognitive decline; it does. However, DHA plays its own role in improving things like short-term and working memory, along with preventing or slowing the development of Alzheimer's.

Men have a higher risk of heart disease than women. You could probably explain away a lot of that discrepancy by looking at external factors, like their propensity to not take care of themselves as well as women, but there's another intriguing possibility and it has to do with DHA.

Men have lower levels of DHA than women, as shown by studies where both sexes ate the same amount of fish. This might be related to testosterone because it appears there's an inverse relationship between the hormone and DHA.

As such, men need to ingest more DHA than women, but taking almost any fish oil product on the market, or even eating fish itself, leaves men woefully under-dosed on this vital fatty acid and possibly more vulnerable to heart attack.

This isn't just fanciful conjecture, either, because DHA has anti-arrhythmic effects, reduces blood pressure, and even, according to one study, increases HDL by 29% (as compared to EPA, which reduces it by only 6.7%), all of which can cause or contribute to heart attack.

We live in an omega-6 world and it's killing us. Nature intended for us to have a 2-to-1 or 3-to-1 ratio of omega-6 to omega-3 fatty acids in our body, but because of our fast-food, snack-food, meal-in-a-box way of life, this ratio is now more like 20 to 1 in favor of the omega-6s.

Fish oil, however, has proven to be a potent anti-inflammatory. While it combats inflammation in a bunch of ways, the main mechanism seems to be by binding to a particular protein receptor known as GPR120 that's found on immune cells involved in inflammation. The omega-3 fatty acids clamp onto the GPR120 receptor and shut down nearly all inflammatory pathways.

While plenty of studies involving both EPA and DHA together have this profound inflammatory effect, only one that I'm aware of has bothered to look specifically at DHA's role in fighting inflammation. It involved 28 people with rheumatoid arthritis, each of whom received either 2,100 mg. of DHA or placebo a day: The DHA group decreased the number of swollen joints by 28%.

6 DHA is for Post-Exercise Muscle Recovery

However, because omega-3s increase the structural integrity of the muscle cell membrane and inhibit inflammatory actions, they subsequently improve recovery.

Of course, all of those studies involved both members of the omega-3 dynamic duo. While there are far fewer studies investigating the effects of one fatty acid or the other, they do exist. One study involving 27 biceps-curling women found that 3,000 mg. of DHA, taken daily, reduced muscle soreness by 23% over placebo.

Another study recruited 31 alcoholics to see if fish oil in general could lower cortisol levels (cortisol levels go up when alcoholics stop drinking), but their formulation contained a lot more DHA than EPA (252 mg. of DHA and 60 mg. of EPA), which is rare for these kinds of studies.

Yeah, I know, the study involved alcoholics and not CrossFitters or anything like that, but aside from being a barometer of stress in alcoholics, cortisol is also a byproduct and barometer of post-exercise muscle damage.

Anyhow, the alcoholics on placebo experienced zilch reduction in cortisol levels, while the DHA-heavy fish oil groups had much lower cortisol levels in their saliva throughout the day, along with reporting lower feelings of stress.

This is one area where both members of the omega-3 fatty acid dynamic duo need to work together, even though each plays an entirely different, but totally synergistic role.

You've pretty much got three choices when it comes to getting your daily omega-3 complement. Unfortunately, one of them is ca-ca and another is expensive and somewhat impractical unless you live next to a river in Alaska. The third, while potentially successful, needs a couple of clarifying footnotes:

You can attempt to satisfy your DHA and EPA needs by taking flaxseed or ingesting foods like kale, spinach, soybeans, and walnuts.

These foods are high in alpha linolenic acid, or ALA, which the body converts, as needed, to EPA and DHA.

It's a nice theory but it doesn't really pan out, especially as far as DHA is concerned. ALA supplementation has negligible effects on DHA levels in plasma or blood (on the order of about 1% in infants and even less in adults).

Women have a greater capacity to convert ALA to DHA than men do, and this conversion is largely determined by estrogen, the primary female sex hormone. A strong surge of estrogen causes a sharp increase in DHA production, whereas testosterone has the opposite effect.

That means that men have much lower DHA blood and tissue values than women, despite taking in the same amount of ALA. So can I safely say that getting your omega-3s through things like flaxseed oil or hemp oil is a failing strategy, especially for men? Yeah, I think so.

You can get your omega-3s through fish or shellfish.

Three-and-a-half ounces of salmon contain roughly 2.2 grams of omega-3s and a similar amount of sardines contains about 1. 5 grams, either of which is a fairly solid daily dose. The trouble is, this strategy isn't perfect, either, at least for men, as the omega-3 content of fish is again heavily stilted towards EPA.

You could, of course overcome this shortage of DHA by doubling or tripling up on your consumption of fatty fish. Of course, that doesn't even consider that most of the fish we eat is farm-raised, and farm-raised fish contain fewer omega-3 fatty acids than wild fish.

Lastly, you could, as many people do, take a fish oil supplement.

Unfortunately, as mentioned, most fish oil supplements contain more EPA than DHA because, well, that's what you find in whole fish.

Companies, by and large, bring in raw fish that's been cut into pieces. They cook it with steam and then centrifuge it to separate it into fat-free dry solids and liquid (water and oil). This water and oil mixture, called "press liquor," is then further processed to separate the two liquids. The oil is then "polished" to remove impurities.

A more succinct version of that process is that they just squeeze the hell out of the fish and put the oil into capsules. You usually get the EPA/DHA ratio the fish had when they went to fish heaven.

The first and third "solutions" aren't workable, at least not by the terms by which I described them, and especially not for men. The second works best, though, providing you can afford or stomach that much daily fish from wild sources. A better or more workable solution is to use Biotest's Flameout®.

Instead of using the catch-as-catch-can method used by the vast majority of fish oil manufacturers, Biotest uses a process where the individual bioactive fatty acids are separated from the fish oil, further purified, emulsified, and then measured out in very specific ratios to achieve the exact DHA/EPA ratio they want, one that unlike the vast majority of fish oil products on the market, has a lot more DHA in it than EPA.

Go ahead, take a look at what's in a serving of Flameout®:

(Flameout® was designed to fight inflammation, so Biotest included another fatty acid in its formulation that's a really potent anti-inflammatory agent all on its own. It's called conjugated linoleic acid, or CLA. It's also been shown to have a fat-burning effect, too.)

That's an impressive amount of omega-3 fatty acids. Compare that with almost any formulation on the market and you'll see that none come close in total omega-3 fatty acids, purity, and especially DHA content. Therein, along with its comparability to pharmaceutical-grade fish oils, lies the unique beauty of Flameout®. 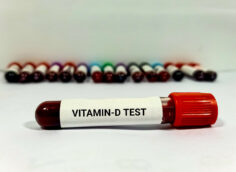 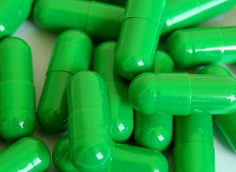 No, no, it's called forskolin. And it's been proven to improve body composition... if you take the right kind.
Forskolin, Losing Fat, Nutrition & Supplements, Tips
TC Luoma December 10 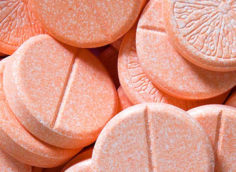