It’s found in every cell and it serves as the body’s master regulating switch, determining how fat you’ll be and even how long you’ll live. 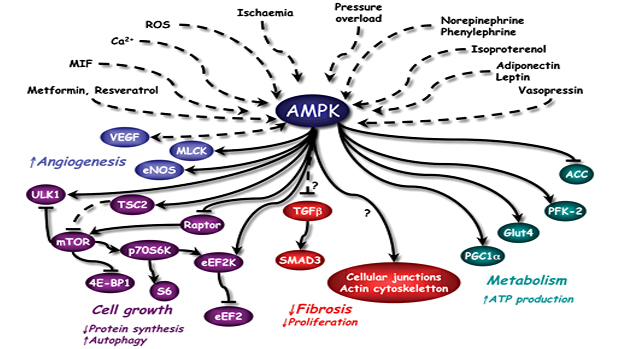 Here are a few of the things that could happen in your body if you’re in short supply of AMPK or have an AMPK signaling deficit:

And, of course, cancer.

54% Fewer Cancers of All Kinds

Cancer is why I started looking at AMPK again.

The molecule has long been of interest to people who study the chemistry of lifting and body comp because it can de-sensitize fat cells to insulin’s effect so fat cells can’t store nutrients as easily. Instead, muscles get bigger while fat stores get smaller.

So the molecule has always been on the front burner of muscle-building, fat-burning chemicals, but when a recent study came out appraising the effects of a prescription drug’s AMPK modulating effects on cancer, I sat up and took notice.

In one of the largest studies of its kind, a group of scientists pored over the 10-year case histories of 8,000 type II diabetics who’d been taking a drug to lower blood sugar.

They found that users of the drug had an incredible 54% lower incidence of all cancers compared to the general population.

Not only did the glucose-disposal agent exhibit a preventative effect, but users who developed cancer had a much higher survival rate, including those with malignant tumors of the lung, colon, and breast.

The earlier they started using the drug, the longer they continued to fight off cancer.

The effect was so profound that the results, along with the drug’s glucose-control properties, prompted the influential Life Extension Foundation (LEF) to recommend that its members – diabetic or not – take it every day.

And, based on editorials in some of the medical journals, at least a few physicians are contemplating giving the same advice.

How Does That Work?

So why would a blood-sugar lowering drug, or other drugs in the same class, protect against cancer?

One reason is that they reduce obesity, which is a risk factor for more than a dozen cancers. (Generally, there’s a 59% increase in the incidence of cancer for every 5-unit increase in body mass index, or BMI.)

Secondly, AMPK, in addition to being a fuel sensor and metabolic master switch, regulates cell growth and replication. It can literally tell cells to stop sucking on the energy teat. Once AMPK is activated, cancer cells end up starving themselves because the energy lifeline’s been cut.

But those are just a couple of intriguing things about AMPK and AMPK modulating drugs.

Most of humanity, or at least most of the fairly affluent part of humanity, suffers from nutritional overload. We eat too much of nearly everything. We’re part homo sapiens and part locust.

As such, many of us (most?) suffer from improper uptake of glucose and fat. As a result, our fat, slack-muscled bodies are filled with celluar waste and damaged proteins, much of it directly caused by low levels of AMPK or improper AMPK signaling.

Fortunately, this can be treated. Increasing AMPK mimics the effects of calorie restriction and is associated with a 20-30% increase of lifespan in laboratory models.

When switched on, AMPK triggers the use of stored energy from fat, enhances the removal of sugar and fats from the blood, reduces cellular inflammation, cleans up cellular junk, and even leads to the formation of new mitochondria, which is of huge importance.

If you could control the growth and health of mitochondria, you could theoretically double your lifespan without any of the diseases typically associated with old age. You could avoid metabolic diseases like syndrome X that afflict some 47 million Americans and simultaneously retain the energy of youth well into codger-dom.

From an athletic perspective, controlling the vitality and number of mitochondria in your muscle cells could lead to huge improvements in strength endurance that didn’t decline with the passing of years.

Clearly, AMPK is one amazing chemical.

So What’s the Problem?

So, why aren’t we all taking these AMPK modulating drugs? Well, they’re problematic in a couple of ways.

One, they potentially cause lactic acidosis, a potentially fatal condition that occurs when lactic acid builds up in the bloodstream faster than it can be removed. In fact, lactic acidosis was the main reason the diet drug phenformin was taken off the market.

Secondly, they might not work so well for bodybuilders and strength athletes because in addition to all the great things that most AMPK modulators do, they also inhibit muscle protein synthesis during resistance exercise. Oh-oh.

A Natural Alternative to Drugs

Luckily, there are chemicals found in nature that also affect AMPK, one of which is Cyanidin-3 Glucoside (sold as Indigo-3G®) a naturally occurring anthocyanidin found in blueberries, blackberries, acai berries, and many other berries and fruits. 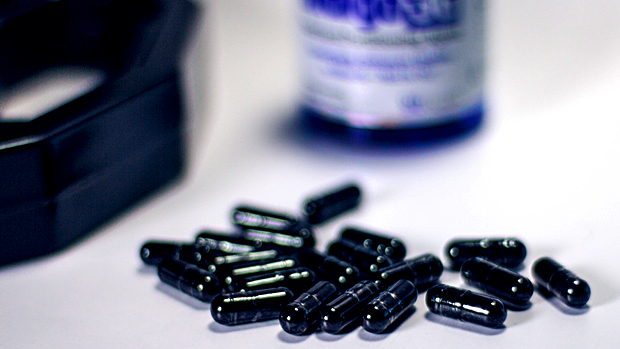 It’s actually a pigment that gives these fruits and others their characteristic indigo color. Plants are of course exposed to harsh UV light for long periods so they evolved to produce C3G and other polyphenols to protect themselves from free-radical damage.

C3G conveys much of this free-radical protection to anyone or anything that ingests it. When C3G is isolated and taken in larger quantities, though, it also has powerful blood-glucose lowering properties that rival pharmaceutical versions.

One of several laboratory experiments using C3G showed two dosage-related drops in blood glucose of 33% and 51%, prompting the authors of the study themselves to remark how favorably it compared to glucose-disposal drugs.

Users of the compound can literally ingest more calories and see it partitioned to muscle instead of fat.

C3G’s effects on AMPK activations on muscle growth are diminished via FOX01 (a protein that plays a role in insulin resistance), and AMPK works through FOX01 to hinder muscle protein synthesis.

Boosting AMPK – Considering All The Options

There are probably four known ways to boost AMPK.

Why Not Just Eat Blueberries?

If, as seems logical, you choose the botanical extract route, your impulse might be to just add some berries to your diet, but unfortunately it isn’t that easy.

You’d have to eat bushels – or at least baskets – full of dark berries to get the muscle building, fat burning, cancer fighting, and heart protective (though reducing inflammation, triglycerides, and LDL) effects of C3G.

Besides, nature doesn’t guarantee that the dosages in her products are standardized. For effective doses, you need to go the supplement route.