T Nation Author Craig Weller is at his "day job" again, only I can't tell you exactly where his day job is. It seems the government gets a little hinky when the public knows where its operatives are working.

I can, however, tell you that it's very warm and very humid where he is, and that he's not sleeping in a Holiday Inn at night.

I can also tell you that he's training a certain group or faction of people in the intricacies of riverine patrol, which is something Craig learned well as a member of the SWCC community, a component of Naval Special Warfare.

It's no great revelation that Craig often encounters daily challenges that most of us never have to face. One of them is figuring out how to maintain a strength and fitness regimen in an environment that's often decidedly Third World.

That's a problem Craig has had to face practically every time he's deployed, but he's become pretty good at figuring out how to use whatever's lying around – tree stumps, car axles, spare concrete – to build a Flintstone's-like gym.

The other formidable problem he's had to face is figuring out how to stave off the effects of malaria, a devastating disease that's been as damaging to U.S. troops and deployed personnel as any human enemy throughout history.

This will be a long war, if for every division I have facing the enemy, I must count on a second division in the hospital with malaria, and a third division convalescing from this debilitating disease. – General Douglas MacArthur, 1943

The CDC estimates that there are between 300 and 500 million cases of malaria each year, with over 1 million fatalities. It's a major problem for anyone who happens to be in a warm, humid climate, whether they're in the military, part of the Government, or just intrepid travelers.

The standard approach to the problem is that troops and personnel use mosquito netting at night. That's a no-brainer. The other approach is slightly more problematic, as Craig writes from his undisclosed location:

In any place like this, the powers that be always recommend and even order that everyone take a malaria prophylactic.

The least damaging and most common of those is a wide spectrum antibiotic called Doxycycline which causes photosensitivity, nausea, diminished immune function due to demolished gut bacteria, and thinning of the skin and liver stress (at least in some people). It does this in order to suppress malaria for as long as you happen to take it.

If you get malaria, doxy does nothing to prevent it from taking hold; you just stay on the pills and keep it inactive in your system until you get back to the states and take other drugs to kill it.

Both of these are given to every single NGO (Non Governmental Organization) and armed forces member in most conflicted regions in the world, and they are instructed and sometimes required to take them for the duration of their deployments, which can last 14 months if you're in the Army. The fun part is that they don't even work all the time. In some cases, people get malaria and are hit with the full line of symptoms anyway.

Craig didn't like taking a prophylactic drug that caused side effects that were nearly as bad as the disease he was trying to prevent, so he did what he's been taught to do, he improvised.

He began researching alternative solutions and he may well have found one.

Here's the thing though: Curcumin may be an effective preventative measure and even treatment (if nothing else, a valuable component – Curcumin has also been shown to increase the effectiveness of antibiotics) of malaria. For the past few years, I've refused to take malaria prophylaxis and have just taken 2 grams per day of curcumin when I'm in a place like this.

A study from scientists at the Indian Institute of Science in Bangalore and the University of Michigan Medical School prompted this novel course of action.

The study showed that Curcumin inhibits drug-resistant forms of Plasmodium falciparum, the parasite that causes cerebral malaria (the most serious of the four types of malaria). When they fed Curcumin to mice infected with Plasmodium bergheii, a related parasite that causes rodent malaria, the number of parasites in the mice's blood fell by 80 to 90 per cent.

The authors concluded that, "Curcumin may offer a novel treatment for malarial infection."

Craig's findings piqued my curiosity, so I started trying to find out if Curcumin might help fight other parasitic or viral diseases. Sure enough, Curcumin has proven effective in battling human papilloma virus (a causal agent of cervical cancer), dengue fever (another devastating disease transmitted by mosquitoes), and even HIV.

Curcumin seems to either cause viral genes to literally unbind or unravel, or, in the case of HIV, causes the virus to stop replicating entirely.

The latter discovery has prompted scientists to wonder if the same Curcumin-induced mechanism that stops viral replication might also lead to advancements in the treatment of certain cancers, asthma, and neurological disorders.

Now it's quite likely that malaria is low on your list of things to worry about, but it's not something that people like Craig Weller take lightly. Soldiers or government personnel, as well as private contractors or travelers who frequent places where mosquitoes abide, might do well to consider taking a daily dose of a couple of capsules of Curcumin both prior to and during their trip.

And while the research showing that Curcumin might combat other insect-borne or viral diseases is far from conclusive, it might make the average person want to consider taking Curcumin regularly, especially when you factor in all the other potential proven benefits like pain relief, anti-inflammatory effects, anti-aromatase acitivity, cardiovascular health, cancer prevention, cholesterol lowering effects, and the rest of the long list of benefits. 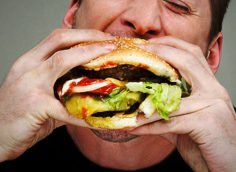 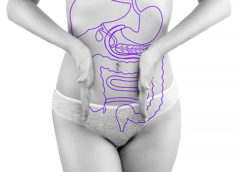