Several supplement companies have been named in class-action lawsuits for faulty label claims. According to reports, one company's protein powder allegedly contains only 19 of the 40 grams of protein per serving it claims to have. Another company claimed 27 grams of protein on the label, but tested out as containing only 12. Yet another company claimed 50 grams on the label. The actual amount? Nineteen grams.

Think about it. You're probably aiming to get a certain amount of protein per day and a portion of that probably comes from a protein supplement. You jot down 150 grams of protein in your food log coming from one of these protein powders, but in reality you're only getting 57. Think that might throw off your planned macros just a bit?

What they're specifically doing is called protein spiking, amino spiking, or nitrogen spiking.

The "Science" of Protein Spiking

Protein, amino, or nitrogen "spiking" is the practice of selling supplements spiked with cheap fillers that are passed off as protein. Complete proteins are of course made up of the nine amino acids the body can't make, and we need complete protein to build muscle.

Quality protein costs too much for low consumer prices.

But here's the problem: Basic complete protein costs manufacturers around 5 to 6 dollars a pound, which is about 500 to 600 percent more than what it used to cost in the early 90's. And those are just the run-of-the-mill proteins. Very high-quality proteins cost the manufacturer as much as 18 dollars a pound. Manufacturers aren't happy about that. They know they can only pass off some of the higher costs to you before you get miffed and try to find an even cheaper brand.

That's why a few manufacturers have apparently resorted to a sneaky tactic. They spike their products with cheap amino acids like taurine, glycine, glutamine, and even creatine.

Aminos Made from Human Hair

Most of these amino acids are produced in China through the chemical synthesis of keratin, which is derived from throwaways like hair, feathers, fingernails, and fur, and thus sells for less than a dollar a pound.

Throw in 15 grams of real protein, spike it with 25 grams of cheap amino acids made from human hair and claim "40 grams of protein" on the label. Sound fair?

How Do They Get Away With It?

Companies get away with it because the amount of protein in a product is measured by the amount of nitrogen it contains. Protein is made up of amino acids and all amino acids contain nitrogen, but the normal tests don't differentiate between complete proteins and amino acids. Hence the discrepancy between label claims and reality.

While these individual amino acids are all important in human nutrition and using them to supplement your amino-acid intake is a solid practice, counting them as complete proteins that your body can use to build muscle is a muscle-losing proposition.

The FDA Steps In, Everyone Lawyers Up

Many of the manufacturers accused of spiking say that the practice comports with FDA rules. But the FDA's official stance on the matter is very clear, quoting directly from the FDA website:

FDA – "No. You may not declare protein on your products that contain only amino acids."

"FDA requires that dietary supplements be labeled in a manner that is truthful and not misleading. With regard to the labeling of protein content, FDA's expectation for proper nutrition labeling is that firms will evaluate the protein content from actual protein sources – not other nitrogen-containing ingredients such as individual amino acids – and label the products consistent with the results of such evaluations."

But some protein manufacturers aren't feeling any shame at all. In fact, they're defiant, saying they'll defend the lawsuit vigorously. Most of the companies named in the suit appear to have a similar stance, although two of the cases were voluntarily dismissed in February of 2015, which seems to indicate they reached an out-of-court settlement.

"I believe it's a pretty simple, cut-and-dry issue. We allege in these lawsuits that these companies use misleading language on the label regarding the amount of actual protein in the products, and the consumers are the ones that pay. I began developing the cases because customers have been misled by this practice for years."

Do All Supplement Companies Do This? No!

We want to be very clear that not all supplement companies spike their protein powders. You simply need to be aware of the potential for mislabeling and make sure you're actually getting what you're expecting from a supplement purchase.

How to Protect Yourself

When considering a protein supplement, be on the lookout for individual amino acids listed on the label, things like glutamine, creatine, glycine, taurine, valine, and isoleucine. If they're listed, it's possible they're being counted toward the total protein amount listed on the label.

Of course, even that simple precaution isn't foolproof because any company that spikes their products might also be capable of leaving ingredients off the label, adding them to the label when they're not in the product, or practicing other devious practices. 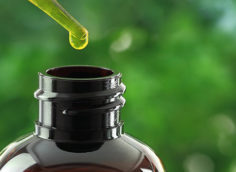 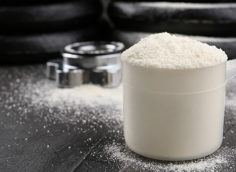 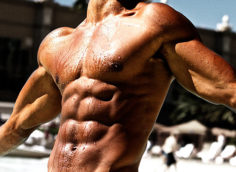