Some recent research has forced us to question one of muscle-building nutrition's most sacred cows. In short, the belief that we need to keep blood amino acid levels elevated throughout the day is false.

While this isn't breaking news here at T Nation, science has finally confirmed that the best method is in fact less frequent meals combined with protein pulses. Here's new evidence to support that timing amino acid "injections" or protein pulsing is the optimal approach.

This just isn't the case. Bohé et al. infused amino acids into a group of 30-year-old lifters down in Texas for six hours. They found that nothing much happened in terms of protein synthesis for the first 30 minutes, but then rates rose 2.8 times and stayed that way for two hours before sharply declining – despite amino acid levels remaining elevated past the two-hour point. 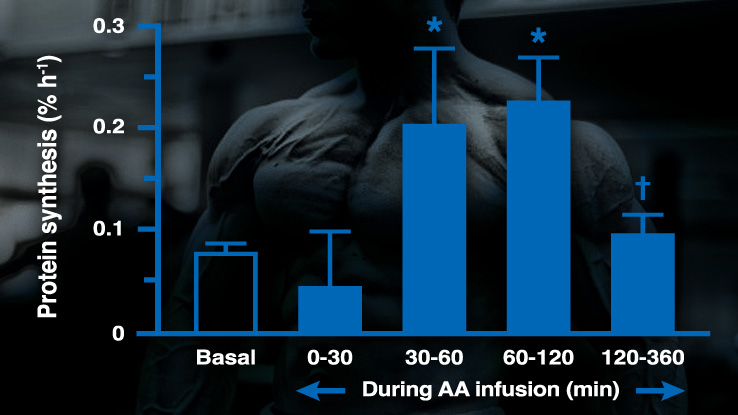 So constantly jamming your body with amino acids isn't causing you to grow more. There seems to be a refractory period, a time where your body needs a break from the constant influx of amino acids so it can regroup before it re-initiates protein synthesis.

Does that mean we're stuck with just a few measly opportunities each day to stimulate protein synthesis? Not necessarily.

Another group of researchers from Galveston sought to hack the system. They wanted to see if pulsing liquid amino acids (along with carbohydrates) between meals elicited more net protein synthesis compared to just eating a few solid meals throughout the day. Over the course of the 16-hour research period, study participants alternated between a whole-food meal and an amino acid/carbohydrate drink every 2.5 hours.

Why take the time to pulse amino acids between meals? Why not just eat more protein when you do eat? People that practice intermittent fasting go long periods without eating and then eat large amounts of protein. That seems to work – or does it?

All the benefits of fasting can also be achieved by following a very low carbohydrate diet, except one – in terms of muscle protein synthesis, frequent feeding kicks fasting's behind.

There's a time dependent ceiling on protein synthesis and you can't just eat more protein later on to make up for not eating protein earlier in the day. This is why protein timing is so important. The irony is that we learned this important piece of information from a group of people with the worst eating habits – average Americans!

The average American eats very little protein at breakfast and lunch and then has a large protein bolus at dinner. Researchers at the University of Texas wanted to take this traditional pattern of eating and see if spreading the amount of protein consumed at dinner throughout the day would make a difference with protein synthesis.

Subjects were given either 30 grams or 90 grams of protein from lean ground beef. Researchers found that spreading out either dose increased protein synthesis by about 45%.

So what's the takeaway? You can't just eat more protein later in the day to make up for missed protein synthesis opportunities earlier on.

It bears repeating that the 30-gram protein "rule" is a myth. The body can easily process far more than 30 grams per serving as protein is used in many bodily functions, not just protein synthesis.

So if you're 40-plus and 250 pounds, then the 30-gram rule is even more obsolete! Fortunately, the solution is simple – just eat larger servings of protein! That's great news to any beef-loving man over 40.

A 2012 study found post-workout protein had a stepwise effect on protein synthesis when the protein was given in doses of 10, 20, and 40 grams. The graph below shows the impact of increasing protein from beef (0, 12 grams, 24 grams, and 36 grams of protein), with the addition of exercise on muscle protein synthesis.

At the highest dose of protein, leucine oxidation was also the highest, demonstrating that a switchover from synthesis (building) to oxidation (burning) was occurring. This suggests that the highest protein dose – 36 grams – was close to the ceiling for muscle protein synthesis. 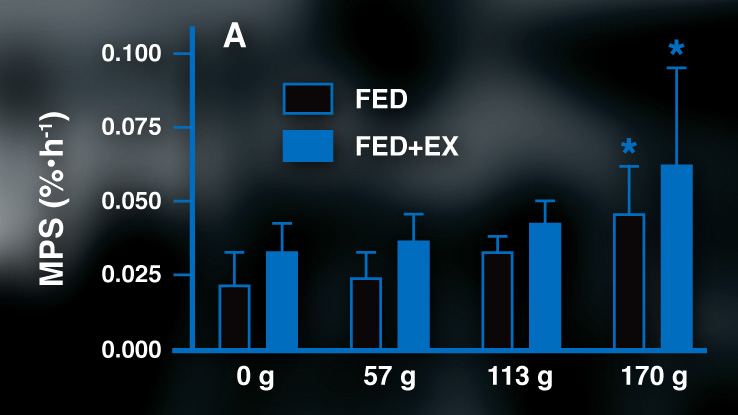 The protein in this study was consumed after exercise but it's important to remember that the mechanical stress of weight training leads to an increase in amino acid uptake.

Therefore, by pre-loading with amino acids before the training session, we can potentially increase the availability of these anabolic aminos for uptake during the workout, thereby ratcheting up the effects of combining protein and weight training even more.

Interestingly, the benefit of weight training on protein synthesis isn't limited to just during and immediately after exercise, but carries over for up to 48 hours.

All the data surrounding protein, weight training, and protein synthesis suggests that for maximum results, the more frequently you can weight train the better. Combine this with exercise's effects on insulin sensitivity and you really should be training at least four days per week.

To that end, one of the driving forces behind T Nation is pushing the limits of recovery so that we can train more and harder. By doing so you'll be enhancing protein synthesis, which will allow you to grow larger and train harder. It's a physiological self-perpetuating loop that you need to get in on.

So what's the ideal meal schedule? It depends on how many calories you're eating and how long you're awake. From a timing perspective, you don't want solid food meals any closer together than every 4-5 hours.

A good rule is, the less you're eating (like when dieting), the more spaced out your meals should be as you want your total number of meals to be lower. However, because you're eating less often, the meals can also be bigger – because as satiating as protein is, eating a bigger meal is even more satiating.

Now space your meals about 5 hours apart and pulse with amino acids amino between meals, every 2.5 hours. I recommend pre-mixing your amino drinks (Mag-10® or BCAA peptides) earlier in the day and having them in the fridge so they're ready to go, making protein pulsing even easier to do.

You don't have to be a slave to a rigorous meal schedule just to build a body that gets noticed. However, that doesn't mean that regular protein feedings are no longer necessary. Take advantage of the power and convenience of protein pulsing and have your anabolic cake and eat it too.

Getting lean is easy. Getting shredded is the hardest thing you'll ever do. Here are the 8 differences you need to know.
Bodybuilding, Feeding the Ideal Body, Nutrition & Supplements
Akash Vaghela November 3
How to Eat Like a Bodybuilder, Even at McDonalds
Feeding the Ideal Body, Nutrition & Supplements
John Berardi, PhD February 23 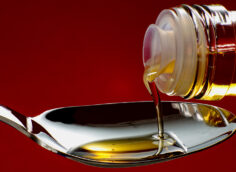 Olive oil is known for being heart-friendly, but it can also be a friend to your waistline. Here's the science and how much to slurp down.
Diet Strategy, Feeding the Ideal Body
TC Luoma June 1