The list of curcumin's benefits keeps growing. Curcumin started off as an effective pain reliever and anti-inflammatory, but then we found out it also blocks estrogen, boosts testosterone, improves heart health, makes you stronger, dissolves arterial plaques, stops your knees from aching, and reduces the risk of diabetes.

And now there's new research showing that curcumin causes fat cells to undergo apoptosis, which is the term for cellular suicide. When apoptosis begins, the surface of the cell starts to bubble and churn, almost like it's boiling. Then, its nucleus starts to fragment. Eventually, the cell tears asunder, spilling its disassociated guts into the interstitial sea of fluid.

A cellular clean-up crew of phagocytes, one accustomed to wet work, arrives to dispose of the corpses and there's no investigation because they know curcumin was to blame.

This new curcumin research also shows that curcumin prevents pre-adipocytes – baby fat cells – from developing into full-blown adipocytes. These baby fat cells are urged to go into a different profession... or else.

Here's a summary of the science and what it means for you.

The Taiwanese researchers who conducted this study already knew from a few recent studies that curcumin supplementation reduces a high-fat diet-induced increase in body fat, but they didn't know the mechanism behind curcumin's hate for plumpness.

They found that curcumin inhibited adipocyte differentiation. In other words, the supplement prevents fat cells from maturing and fulfilling their ultimate function, which is to store fat.

The high doses of curcumin actually caused fat cells to commit suicide, while the lower doses prevented the maturation of the baby fat cells. They suspect it had to do with curcumin's modulating effects on something known as the Wnt/beta-catenin signaling pathway, which helps determine the fate of cells.

"These findings suggest that curcumin supplementation could be an effective strategy for treating or preventing development of obesity by a curcumin-induced reduction in the number or pre-adopocytes and the fat mass of adipocytes."

When you think about it, curcumin's effects on fat cells may have something to do with many of the other benefits listed in the opening paragraph of this article.

Collectively, our fat cells are considered to be a major endocrine organ with a powerful impact on things like the regulation of appetite, insulin sensitivity, immunological responses, and vascular disease, so if curcumin causes fewer fat cells to form while causing others to expire, it makes sense that it would have so many beneficial side effects.

As far as how much curcumin to take to experience any reduction in fat mass, it's difficult to say.

The scientists exposed the fat cells to a concentration of up to 50 micrograms of curcumin to make them commit hari-kari, and 30 micrograms to keep pre-adipocytes from forming into full-fledged adipocytes, but given that the body weights of us human is so diverse, it's hard to extrapolate a suitable dosage.

But, given that 30 micrograms is awfully small (a thousand micrograms equals 1 milligram), I feel confident in suggesting that the standard Biotest dosage of curcumin would bring the average person into therapeutic range. 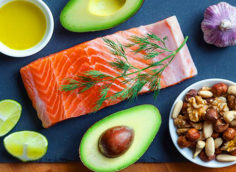 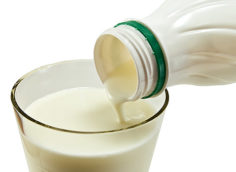 This grocery store beverage will make it so you swagger when you walk, whether you're actually trying to or not.
Nutrition & Supplements, Sexual Performance
TC Luoma December 13