“Don’t take supplements. Food can give you everything you need!”

You’ve heard that before, and it sounds right. If supplements weren’t supplemental to food, we’d call them something else. The name implies they’re optional.

Sure, maybe if we ate what we harvested and hunted with our own hands – dining on animal organs and farming our own produce in nutrient-rich soil – then yeah, most supplements would be superfluous.

This would be especially true if our lives weren’t filled with modern-day tech, stress, and crappy foods. But that’s not the way things are. And building a strong, high-energy, healthy body means going beyond doing what the average person does.

I’m not proposing we quit our jobs to become hunters and gatherers. I’m just saying that even the “cleanest” diet is suboptimal if it doesn’t contain certain supplements.

In fact, I’d even take it a step further and say, depending on the individual, some supplements are fundamental. If you’re dealing with chronic deficiencies, this is undeniable.

Supplements are also advantageous for those wanting to optimize body composition, sleep, cognitive function, immunity, and even happiness. If you think those things are optional, feel free to move on to another article.

But if you want these to be characteristics of your life, then start thinking of certain supplements as fundamental. Or “fundaments,” if you will.

Here are the ones to consider: 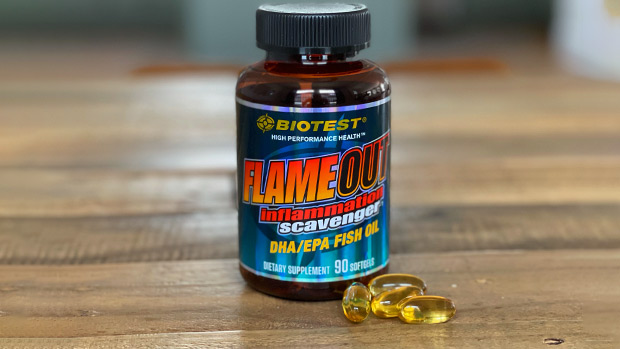 If depression is a rising problem (it is), and it’s a mood disorder strongly associated with inflammation (it is), wouldn’t it make sense to tamp down inflammation? (1,2)

That’s exactly what fish oil – or more specifically the omega-3 fatty acids inside it – does. The two inflammation fighters we’re after are EPA and DHA, and they’re most abundant in fish oil.

But when people think of inflammation, they often picture the acute kind – like what comes as a result of a sprained ankle. That type of inflammation is actually good and necessary for the healing process. What’s not good is chronic or excessive inflammation.

The thing is, it’s not just the body that can get inflamed. The brain can too. And when it is, research shows that it’s linked to things like depression and anxiety. (3,4)

For me, it feels more like agitation or irritation. I’m prone to feeling that way when I don’t take fish oil regularly. Small stuff tends to become more irritating than usual, and it may get overblown in my brain.

Now can you imagine a person that’s constantly irritated like that? Or constantly blowing things out of proportion? Of course you can! You know a few. And they likely don’t take fish oil… or they’re taking the kind that has negligible amounts of the good stuff.

Places where there’s a higher intake of fish are often said to have a lower prevalence of depression. (5) So sure, dietary intake of omega-3s can have a positive impact on the brain.

But not a lot of us are eating a daily diet high in fatty fish. And there’s also that pesky problem with mercury, which is even more abundant in larger species, like tuna and cod. (6) Good fish oil supplements, like Flameout®, filter that crap out while still providing highly concentrated amounts of EPA and DHA.

Supplementation in this case can be transformative for many… and their relationships. 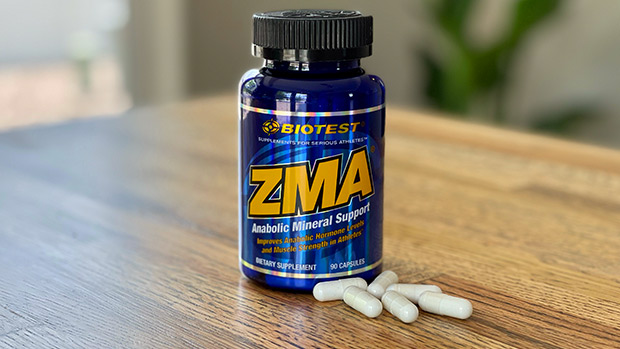 If you like sleeping, pooping, and having optimal testosterone, this is one you don’t want to skip. Magnesium is a mineral and electrolyte that helps your body do tons of things, like produce testosterone, regulate blood glucose, increase vitamin D absorption, relieve constipation, and decrease the risk of bone fractures. (7,8)

Here’s a weird thing to think about: If you’ve been having a hard time controlling your diet, maybe it’s because you’re tired, not hungry. Tired people tend to want foods that’ll give them a quick hit of energy. So the first thing you can do to eat well all day is to sleep well at night. Making sure you’re not deficient in magnesium is a good place to start.

Athletes need more magnesium than the average population. If you work out regularly, and with slightly more than a modicum of intensity, it’s going to be a bigger challenge to get optimal amounts. (12)

Sure, it’s technically possible to get enough magnesium from your diet, but not many of us make pumpkin seeds, spinach, and offal (animal organs) staples at every meal. And you’d have to eat nine organic bananas a day to even hit the bare minimal RDA for magnesium.

To avoid the wide-ranging, workout-wrecking pitfalls of inadequate magnesium intake, just pop 3 capsules of inexpensive ZMA® before bed every night. 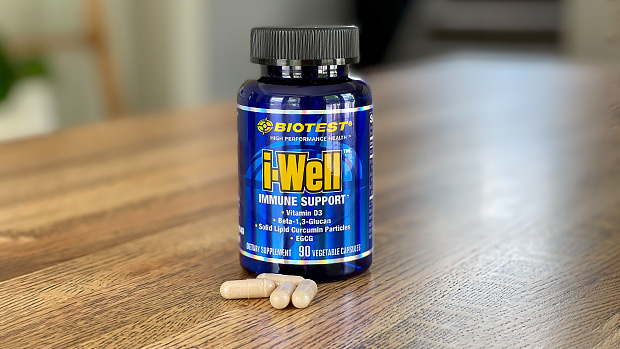 I’m still shocked that there are people who say supplements are “just supplemental” after everything we’ve heard about vitamin D3. According to research, getting enough will improve testosterone, increase sex drive, support immunity, help prevent muscular injuries, increase strength, elevate mood, and more. (13,14,15,16,17) So pick your reason for taking it and then do so.

Since getting adequate amounts of D is shown to do all those great things, you could also say that a deficiency of it may make you more likely to experience the opposite: low testosterone, poor immunity, weakness, etc. And that’s not something any sane person would risk.

Why not just get it from food or the sun?

You can! Yes, indeed…. when it’s sunny and not freezing cold or raining, you’re not working indoors, you’re not blocking it with clothing or sunblock, you’re not worried about the skin cancer, you’re cool with the aging effects of UVA/UVB rays, and you don’t mind the creepy guy who might take a peek over your backyard fence to see you sunbathing.

Yeah, getting vitamin D from the sun is great when you can. But it’s not always easy to do on a regular basis. And since vitamin D deficiency is rampant, supplementation is non-negotiable for many.

The general recommendation for vitamin D is 1000 to 5000IU per day. We used to say that any ol’ vitamin D3 supplement would work, but many people still struggled keeping their serum levels up. Today we have a better form: microencapsulated vitamin D3.

This is the most bioavailable and longest-lasting form. Its effects remain constant for up to 14 days, making it far superior to common oil-based vitamin D3 supplements. You can get 5000IU of microencapsulated D3 in Biotest’s I-Well™, along with other immunity boosters. 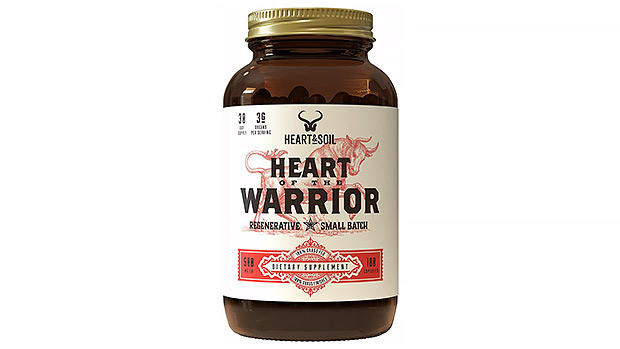 Get your energy and sanity back, ladies. Iron deficiency is pretty common among women in their childbearing years (who have regular periods) and who work out intensely and consistently. (18)

A deficiency can cause wild amounts of fatigue during normal tasks like walking up a flight of stairs, weakness, mood swings, anxiety, and disrupted sleep. (19)

Many people don’t find out about it until they try to donate blood and get sent away. (20) This is what happened to me. I remember my blood looking kind of watery and pale instead of dark red. The nurse told me this was a sign of having low hemoglobin.

Hemoglobin is the iron-containing protein that carries oxygen through the body, so when it gets low you’ll feel lethargic and weak. (21) Low iron is also associated with messed-up dopamine receptor function. You know how important dopamine is for the brain. That’s why it’s possible to feel both depressed and anxious when you’re lacking iron. (22)

A lot of people think eating more red meat will solve the problem. That may be true for some. But for lots of women who work out hard and have periods, there’s no way to get enough iron in regular cuts of meat.

That’s why some doctors will recommend either eating liver daily or taking iron supplements. Problem is, liver tastes like a used tampon on a public bus. (I suspect that an intolerance to the flavor is a genetic reaction, kinda like how some people think cilantro tastes like soap.)

Liver is an abomination in your mouth. And God help you if you burp after eating it. That’s where supplementation comes in. You could just take supplemental iron, but I’ve found that getting it from a capsule that contains desiccated heart, liver, or blood is far more effective.

There are a lot of good options, but I’ve been using Heart of the Warrior from the company Heart & Soil. 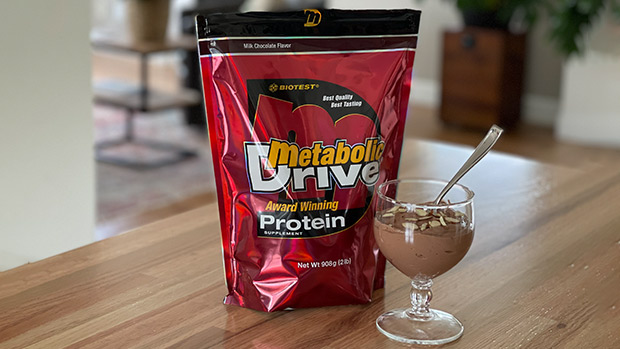 Sure, protein deficiencies aren’t common in first world societies. But this isn’t about deficiency, rather optimality. It’s about setting up your environment so that being lean is much easier.

Yes, it’s possible to get what you need (roughly .75 to 1 gram of protein per pound of bodyweight) from food. But it’s not always easy for busy adults. And yet another chicken breast isn’t always a desirable replacement for the cookies in the cupboard.

So think beyond the protein shakes. The right protein powder can be made into cookies, cakes, pies, and more. Try these easy recipes.

Buyer beware though. Some manufacturers include junk or filler ingredients in their formulas (including sugar), or use only low-cost forms of protein that don’t have the same beneficial effects as higher-quality sources.

Ideally, you want a hormone-free blend of whey isolate (fast acting with BCAAs) and micellar casein (filling, perfect for building and retaining muscle, ideal for use in recipes). Oh, and you want it to be delicious. I use Metabolic Drive® Protein.

Science Has Advanced. Your Body Has Not.

We no longer have to pick berries or carve out animal hearts to survive. But our bodies still rely on the same nutrients they always have.

Just spit-balling here, but perhaps a portion of those who suffer from anxiety, depression, fatigue, an impaired metabolism, or low testosterone are simply deficient in some of the things listed above. And hopefully their doctors check on that before writing prescriptions.

Bottom line? While the modern world has caused deficiencies, interfered with our hormones, screwed with our appetites, and messed with our natural circadian rhythm, it has also given us a solution for these issues: supplementation.