There are plenty of problems with Western medicine, but perhaps chief among them is that the institution spends more time treating the symptoms rather than figuring out how to prevent the disease in the first place.

So you see study after study on what the effects of this drug or that supplement are on a specific population. Very few studies concern themselves with what effect a particular compound might have on healthy people. Until recently, this was the case with curcumin.

Some Ohio State researchers were only able to find a single study on what effects a daily dose of 500 mg. of curcumin had on healthy people. After taking the substance for just a week, subjects had reduced cholesterol and triglycerides, along with an increased amount of antioxidants in their blood.

So they decided to look at the substance themselves. They already knew of research supporting its use as a pain-reliever, anti-catabolic, and possible anabolic compound, along with how it stimulates fat burning and protects men from prostate cancer, but again, they wanted to know how it affected regular people and not just some specific condition.

The scientists rounded up 38 people between the ages of 40 and 60 and split them into two groups of 19. They gave 400 mg. of plain curcumin or placebo to each group for 4 weeks. Afterward, they noted the following statistically significant changes:

To put that it in less technical language, triglyceride levels dropped, digestive enzymes of carbohydrates in saliva went up, free radical scavenging abilities increased, the type of protein responsible for plaques in the brain went down, and the amount of blood-pressure-lowering nitrous oxide went up (which can boost stamina and increase blood flow to muscles).

They also noted a drop in the levels of an enzyme that helps hair turn gray, which would seem to warrant another study, albeit of a longer duration.

Each new study on curcumin seems to strengthen the idea that nearly everyone should be taking it, whether for the purposes of increasing athletic ability or just plain health.

If you're sold on the merits of curcumin, make sure you use micellar curcumin. Despite the positive results of the study above, standard curcumin has poor bioavailability, even when piperine is added. Biotest's Micellar Curcumin™ formula contains solid lipid curcumin particles that produce 95 times more free curcumin in the bloodstream than standardized curcumin with piperine (Gota VS et al, 2010). 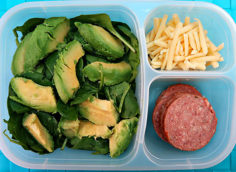