Big Bill is 285-pound mountain of a man from England. He coaches European rugby teams, in-between drinking pints of Guinness, of course. He tried Spike to improve his own workouts, but it didn't work for him.

Courtney is a 115-pound triathlete whose bottom is so tight, you can use it as a snare drum. Spike was too intense for her and actually made her "too restless" to run.

Alan is a 28-year-old grad student. He hoped Spike would help him ace his geophysics exam. It didn't.

Biotest doesn't encounter a lot of people who were disappointed with Spike, but as you can see, they occasionally surface.

The thing is, when you start to talk to these people, you start to see a pattern. Big Bill, despite his enormous size, was only using one tablet of Spike. Courtney, the 115-pound sylph, tried two. And Alan? He only tried Spike once – the night before the exam – before deciding it didn't make him smarter.

What people sometimes don't realize is that the pharmacokinetics of a drug or supplement is a tricky business. You're generally always going to have a therapeutic range in which the vast majority responds to the compound, while a tiny minority either don't respond at all or, respond to a much greater degree, in effect experiencing too much of a good thing.

It's extremely rare to have a compound or drug that produces a near 100% response rate without causing toxicity or adverse effects. As such, drug or supplement dosing is complicated and requires a lot of careful experimentation and consideration.

We can usually attribute these wide ranges of response intensity to inter-individual differences in metabolism, as well as differences in the target tissue itself.

And then, when you throw in the fact that the desired effect from Spike is as much psychiatric as physical, it complicates things even more. Many people claim to retain more knowledge, get more loquacious, and in general, get smarter, but that's a hard thing to gauge...especially after using it just once, twice, or three times.

We know it improves physical performance, but that's easy to measure. After all, if you took Spike and your 40-meter dash time improved, that's a tangible result. Similarly, if you just squatted more, or busted your butt in the gym for an hour and didn't want to quit, well, that's pretty solid proof.

However, effects on mood, memory, and mental function in general are another matter.

Granted, there have been some experiments in that area that showed the main ingredient in Spike – thiamine di(2-methylpropionate) disulfide – had positive effects on long-term memory formation (1), but it's difficult for the average person to gauge such benefits. Similarly, a more recent study concluded just a few months ago, showed positive effects on working and episodic memory, (2) but again that's difficult to ascertain without conducting a series of memory tests.

So, after making a suggestion to Big Bill that he try two capsules of Spike; after asking Courtney to try one capsule of Spike, and prompting Alan to try it for a few more days, everybody found their groove. Bill is burying his much younger athletes; Courtney is shaving time off her races; and Alan is doing much better with his exams.

In fact, it seems that the interindividual difference in dose response with Spike is a lot more broad than anyone imagined. My friend Larry feels incredible on just a half-tablet, finding that it even restored his sleep patterns. I have a female friend, a sprinter, who does great on one-and-a-half Spike, whereas Big Dave Tate, the powerlifter, lifts phenomenal poundages after taking 4 (of course, that's not something we recommend!).

While most people do just fine with the standard recommended dosage of two tablets, the key is finding the dosage that fits your mental and physical groove. 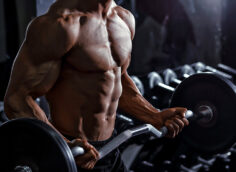 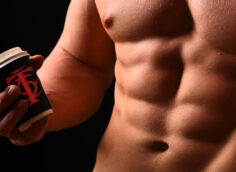 A low-carb diet can help with fat loss, but it can also lead to depleted energy levels and even muscle loss. Caffeine can stop that.
Diet Strategy, Nutrition & Supplements
TC Luoma January 2