There were no trumpets, no parades, and no bevy of fawning starlets on hand.

Okay, so I guess that kind

There were no trumpets, no parades, and no bevy of fawning starlets on hand.

Okay, so I guess that kind of thing wouldn't be typical of the response given a scientific study, at least outside of those associated with Viagra or one of those other turgidity enhancing products, but the results of this one were pretty damn impressive: dramatic increases of lean tissue; remarkable drops in body fat; and downright jaw-dropping changes in body composition in general.

All of that was there in the study, in nice readable print, but why the Internet wasn't abuzz with it, I don't know.

I can only think that for some reason, people hadn't heard about it.

Well let me remedy that sad situation by synopsizing the recently published study (Obesity Research, 2005, August; 13(8):1335-43) regarding the effects of Forskolin – a weaker form of one of the main ingredients in Biotest's Carbolin 19®.

Whoda thunk momma' had the makings of a pharmacy growing beside the begonias?

Anyhow, while forskolin has been used for hundreds, if not thousands of years in Aruvedic medicine, Western scientists only became interested in it in the mid 1980's when they began to use the compound to treat cardiovascular disease, mainly through its vasodilatory effect.

It turns out they had the right idea because, aside from that aforementioned effect, forskolin is also anti-hypertensive, inotropic, and inhibitory toward platelet aggression (all good, heart-healthy things).

But the more researchers looked at this herb, the more uses they found for it.

It turns out it had positive anti-asthmatic effects, and it was useful in treating ocular disorders like glaucoma.

And in one landmark study of the effects of forskolin on 1637 post menopausal women, the compound, depending on the dosage, prompted either a 65% or 35% reduction in vertebral and appendicular fractures.

And then came this revelation: forskolin mimics the thyroid hormone TSH by enhancing CAMP accumulation in thyroid cells. That meant that coloforsin can lead to an increase in thermogenesis and metabolic rate!

Okay, as a cyclic AMP stimulator, forskolin, through a series of steps, leads to the production of something called hormone sensitive lipase, or HSL. This compound in turn breaks stored fat down into triglycerides that can be used by the body as fuel.

The latter, in combination with its stimulation of thyroid functions, could mean that forskolin, in addition to a whole bunch of other cool functions, might also cause decreases in body fat.

Now you of course remember ephedrine as being an adrenergic alpha and beta-receptor agonist, which meant that it also stimulated cardiac tissue and raised blood pressure, hence all the complaints about ephedrine-related heart problems.

Forskolin, however, is what's known as a post-receptor agent. That means that it bypasses adrenergic receptor activation and directly activates cyclase activity without the negative side effects of ephedrine. That means fat loss without the problems.

Furthermore, this post-receptor agent increases nitrogen retention, which is one of the mechanisms attributed to anabolic steroids and other muscle-building agents.

And because it's a post-receptor agent, the effects won't down regulate over time. Sweet.

Another property that piqued our curiosity, and the curiosity of the researchers, was that increases in CAMP cause luteinizing hormone (LH) to be released, which then prompts the Leydig cells in the testes to secrete Testosterone.

So to synopsize, forskolin seemed to have the following effects on body composition:

Was all of this too good to be true?

The aim of the study was to find if forskolin caused an increase in endogenous andrenergic hormone levels; an increase in resting metabolic rate; and a favorable impact on body composition.

The trial lasted 12 weeks. Fifteen men received one tablet of forskolin in the morning and one tablet 6 to 8 hours later. The other 15 men followed the same regimen, albeit with a placebo.

The Testosterone of the forskolin group rose 33.7 percent, while it decreased 18.35 percent in the placebo group.

The bone mass of the forskolin group increased significantly compared with the placebo (p < or = 0.05).

Despite no change in diet, the group using forskolin experienced remarkable gains in lean body mass. How remarkable? Consider that another 12-week study using the anabolic steroid Anavar resulted in test subjects gaining approximately 3.9 pounds of lean mass. That's good, right? But the subjects in the forskolin study gained 8.2 pounds of lean mass in the same amount of time!

Granted, the dosage of Anavar used in the study was only 20 mg. a day, but regardless, forskolin proved more anabolic and more effective in burning fat.

The researchers in the forskolin study credited the fat losses to some of the aforementioned properties of forskolin (ability to mimic TSH, CAMP mediated rise in HSL, and post-receptor increases in metabolism), while they credited the amazing gains in lean body mass to increased nitrogen retention.

While I've certainly trumpeted the effects of forskolin, it is, in fact, a very weak version of the chemical that's contained in Biotest's Carbolin 19®. The chemical in Carbolin 19® is called Forskolin 1,9-Carbonate.

The latter is a highly purified version that's been further refined by placing it in a carbonate ester. As such, the user can experience greatly increased potency, greatly increased bioavailability, and greatly enhanced duration of action (from 4 to 12 hours).

Carbolin 19® is to forskolin what high-octane gasoline is to crude oil.

And to make it even better, Biotest incorporated the compound into its nano-dispersed gel, further increasing bioavailability and speed of action.

Make no mistake about it, Carbolin 19® is bad ass.

Users can expect the following:

It's understandable, but this is what the take home message should be:

Carbolin 19® makes dramatic changes to body composition without any apparent negative side effects. The effects are slower than what they might be with traditional anabolic compounds, but there are far fewer concerns regarding potential side effects. 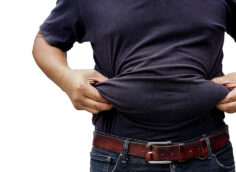 No, this won't make you lose 25 pounds without exercise or diet, but it will help you whittle away that last bit of stubborn belly fat.
Losing Fat, Nutrition & Supplements
TC Luoma April 1 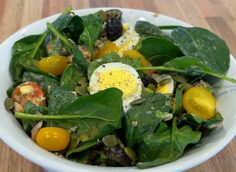 The healthiest salad should contain an ideal blend of protein, fatty acids, phytochemicals, vitamins, and minerals. Here's how to make it.
Feeding the Ideal Body, Nutrition & Supplements, Super Health
TC Luoma April 19
You've heard it before: "Breakfast is the most important meal of the day!" Or perhaps you've heard it stated in reference to a long night of liver depletion and fasting catabolism: "Break the fast... breakfast!"
Feeding the Ideal Body, Nutrition & Supplements
Lonnie Lowery, PhD June 15