Those of you who need another reason to supplement with curcumin (a spice found in yellow mustard and curry) listen up. Scientists from Tufts University recently reported that curcumin suppressed fat-cell differentiation, increased fat oxidation, and reduced body fat in mice during a 12-week period of supplementation. 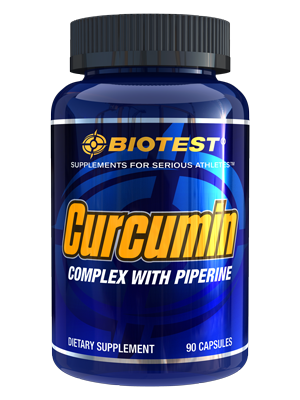 While clinical trials attempt to replicate these finding in humans, a prudent approach (and one that I follow myself) is to ingest 1-3 grams of curcumin per day. The way I see it, very few supplements provide simultaneous protection against cardiovascular disease, Alzheimer's disease, prostate cancer, arthritis, and symptoms of chronic fatigue – and have the potential to enhance body composition.

Curcumin supplements that contain an ingredient called piperine, which is extracted from black pepper, have enhanced bioavailability compared to those that don't. Since curcumin is fat soluble, another trick to enhance absorption is to ingest it with a little dietary fat.

Most people fail at dieting because they eat and train like competitors. Here's a simple way to avoid the extremes, lose fat, and maintain leanness.
Diet Strategy, Feeding the Ideal Body, Nutrition & Supplements
Paul Carter October 4