You know what's missing from a lot of healthy diets? Crunch. Unless you're talking raw vegetables, most crunchy foods are made from some variation of fried flour... and that's probably not on your regular menu. That's why I like this stuff. Think of it as panko without the bread. It's made from a single ingredient: chickpeas (garbanzo beans). Try this: Brush your chicken breasts with an egg white. Coat both sides with chickpea "bread" crumbs, and your favorite herbs and spices, then toss them in the oven at 400 degrees Fahrenheit for about 30 minutes. It's pretty darn close to fried chicken... or at least close enough for people who don't want to be fat.

"Mac nut" oil has been called the new olive oil. It has all the health benefits of olive oil with a practical bonus: you can cook the hell out of it without damaging the healthy fats. It's heat stable up to 515 degrees Fahrenheit. The flavor? Kinda buttery. Use it for baking in place of butter if you're avoiding dairy. Make a heart-healthy salad dressing with it. Or just use it to fry up your morning eggs. Versatile stuff!

Hormone Free, No Nitrates or Nitrites

Unlike most beef jerky out there, this brand doesn't use added sugar. Instead, Epic adds a smidge of golden raisins for sweetness, along with a dash of organic chia seeds for texture. But let's talk about what's really important: it's bison AND bacon! It's like a rugged ol' cowboy married a cute hippy gal and they came up with this recipe after getting hammered on peyote.

I like this seasoning so much I tried making it myself by blending my own cumin, oregano, chili pepper, white pepper, salt, and garlic. But it just wasn't the same. Maybe it's because Urban Accents uses chunky dehyderated garlic. Or maybe it's because they tried a thousands different ratios of herbs and spices until they perfected it. Regardless, now I just leave it to the experts. Slather this calorie-free combo all over your fish or chicken. It'll knock your pants off, so don't skip leg day.

Siete Foods has an interesting backstory. When one member of the Garza family was diagnosed with severe autoimmune issues, all seven (siete) family members adopted a low inflammation, grain-free diet to support her. But this was a Mexican-American family from Texas; they weren't about to give up their tradition-rich meals. So they came up with their first grain-free recipe: these tortillas. I don't have autoimmune issues, but I do like to avoid wheat, so flour tortillas are off the table. This almond flour version fits the bill, and honestly, they taste better than flour tortillas. 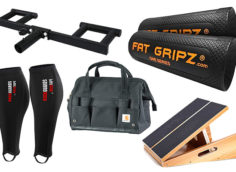 Tough workouts require tough equipment. Here are some of our favorite accessories and where to get them.
Equipment
T Nation June 25 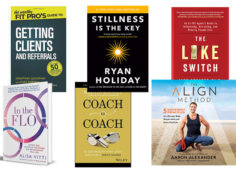 Improve your body, expand your mind, and enhance your life. Here are some great books to help.
Books
T Nation September 23 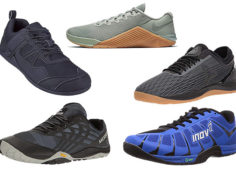 We asked T Nation fans about their favorite gym shoes. Here are the most recommended kicks, along with some of our faves.
Footwear
T Nation October 8 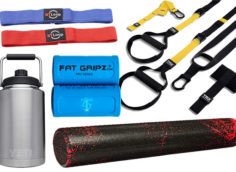 We test out a lot of training gear and accessories. Not all of it passes muster. Here's what did and where to buy it.
Equipment
T Nation January 2