When I impulse-purchased a can of this at the store, I was just looking for a convenient boost to get me through an afternoon of errand running. I was not expecting to be blown away by the flavor. I actually double-checked the ingredients to make sure I hadn't grabbed something packed with sugar.

Nope! It's sweetened with monk fruit extract and contains a little MCT oil (extracted from coconut oil), a bit of whey protein, and L-theanine – a non-essential amino acid known for its nootropic effects. And of course, being espresso, there's also 180mg of caffeine.

I tried the caramel, but it also comes in plain and vanilla. And those little 6-ounce cans are just adorable, aren't they? – Chris Shugart

Soft corn tortillas aren't that bad for you, but once they're fried up in junky oils, they definitely move over into the cheat-food category.

That's why I was shocked when I read the ingredient list of these shells. They're remarkably "clean." To avoid all grains, they're made mainly with cassava (a starchy root) and pumpkin. They're actually paleo-approved, if you're into that.

Now, they are NOT low carb, but the calories and carbs are roughly the same as a standard corn taco shell (about 120 calories and 14 grams of carbs per two-shell serving). And instead of canola oil, they're made with avocado oil. Crunchy tacos are back on the menu! – Chris Shugart

You've seen those studies about how eating peppers can temporarily give your metabolism a mild boost, right? Well, that's not why I eat this stuff. I eat it because it's damn tasty.

Made with jalapeno peppers and cucumbers, it brings the heat along with a touch of sweetness (without added sugar). While they call it a "sandwich spread" I've never actually put it on a sandwich. Instead, I stir a dollop into rice and use it as a topping for boring chicken breasts.

Your eyes will water and your forehead will bead with sweat, but you'll be smiling. – Chris Shugart

Butternut Squash Pretzels, Real Food From the Ground Up

Hey, if you're going to snack, you might as well put some vegetables into your body while you're at it. These are made with cassava, butternut squash, pumpkin, and cauliflower. You can eat 20 of them for 110 calories.

I wouldn't say they're nutritionally perfect, but they sure beat your standard-variety pretzels and chips. Just try not to eat the whole dang bag at once. – Chris Shugart

I know, I know. Rice cakes are like eating nutritionally-void packing peanuts, right? Well, I think rice cakes have gotten a bum rap. They're perfectly fine, and rice has been a bodybuilding staple since dudes were hoisting globe barbells over their heads at Venice Beach.

Think of rice cakes not as a stand-alone food, but as a vehicle for other good stuff, one that adds some crunch to a bland diet. That's why I prefer these rice cakes from Lundberg: they're extra crunchy and don't have that Styrofoam texture. They're more like extra-thick crackers.

With just two ingredients – brown rice and a pinch of salt – and only 60 calories each, they'll elevate your snacking game. – Chris Shugart 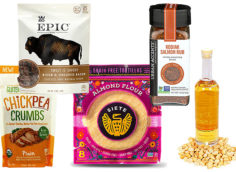 Who here likes to eat? What a coincidence, so do we! Here's some of our favorite, physique-friendly foods.
Food & Snacks
T Nation May 21 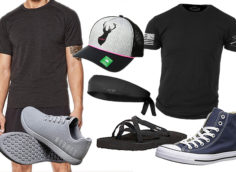 We tested and tortured these gym clothes and shoes for years. Here's what passed our tests and where to buy them.
Apparel
T Nation July 3 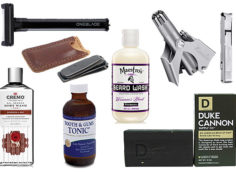 Even serious lifters need to do a little grooming. Yes, even powerlifters. Here's some of our favorite stuff.
Personal Care, Stuff We Like
T Nation October 30 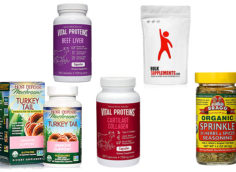 Feel better, get healthier, and improve your erection health. Here's what we take and where to get it.
Supplements
T Nation January 16