A couple of years ago, the FDA issued a warning statement about the possible cardiovascular disease (CVD) factors associated with testosterone replacement therapy (TRT).

Their warning was largely based on two studies, the first of which indicated that younger men – with pre-existing heart problems – were more likely to have non-fatal heart attacks if they used TRT. The second study concluded that TRT substantially increased the risk of heart attack in younger and older men.

Never mind that the two studies were heavily criticized by other scientists for not bothering to take into consideration before and after testosterone levels in the subjects, neglecting to measure or account for estrogen levels (which plays a prominent role in the health of the heart), and for using a questionable control group.

The reality is that these studies were huge outliers. The only reason you might have been aware of them in the first place is because studies that warn of dire health consequences are like catnip to news organizations.

After all, if you see a headline that says something scary, like “This Over-the-Counter Drug Can Make Testicles Explode,” you’re surely going to click on it. The same goes with all things scary to the heart.

As a result, the public has been given a false impression of the safety of TRT. Fortunately, a group of Portuguese scientists looked at the evidence – all the evidence – and found that testosterone therapy, or having normal to high levels of the hormone in the first place, does the heart all kinds of good.

Is There an Association Between T and CVD Risk Factors?

It’s undeniable that there’s an association between men with Type 2 diabetes, obesity, hardening of the arteries, and metabolic syndrome (a condition characterized by elevated fasting glucose, obesity, high blood pressure, and undesirable cholesterol profile) and low levels of testosterone.

It’s also undeniable that the incidence of heart attack increases in aging men, which is when testosterone levels decline. That in itself makes you question the notion that high testosterone or TRT plays the role of villain in CVD.

Of course, the association between the CVD risk factors might be a chicken and the egg thing. Maybe those risk factors led to low testosterone in the first place, rather than the other way around, and maybe the low testosterone levels seen in the elderly play a smaller role in heart disease than a number of other factors (cumulative wear and tear, years of eating a bad diet, etc.).

What we need to do is look at these CVD risk factors independently.

TRT, however, has been shown to be an effective treatment to improve metabolic control in several studies. Likewise, TRT has also been shown to restore “glucometabolic” control in patients with Type 2 diabetes and reduce the risk of mortality from this common disease.

The conclusion drawn by the Portuguese scientists, after looking at all the research, was that “low T levels are associated with an increased risk of metabolic syndrome and Type 2 diabetes… and the beneficial effects of testosterone replacement are not only associated with fasting glucose, glycated hemoglobin and cholesterol levels, but also with obesity…” 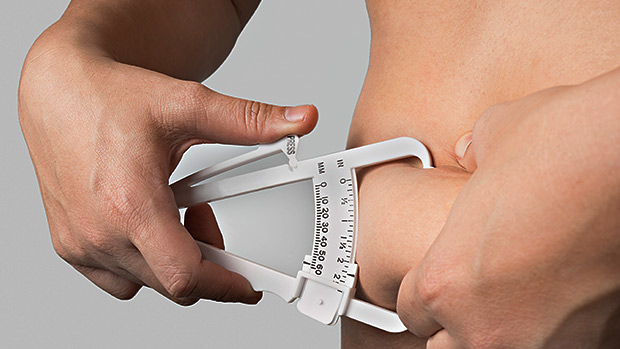 Obesity is an undisputed risk factor for the development of CVD, but the relationship between testosterone and obesity is a bit tricky, as each of these two factors potentiates the adverse effects of the other.

It’s the nature of fatty tissue to convert T to estradiol through the actions of the aromatase enzyme that’s found in high(er) concentrations in fatty tissue. An increase in the amount or size of fatty tissue increases aromatase levels and aromatase expression, and in turn this elevated estrogen level tells the pituitary to stop signaling the testicles to manufacture more T.

Studies show, though, that TRT can decrease both visceral fat and body fat while improving BMI and waist size while increasing lean mass, which in itself dramatically reduces the risk of CVD.

Testosterone and Hardening of the Arteries (Atherosclerosis)

It doesn’t take a medical degree to understand that the internal plumbing of your cardiovascular system should remain free of clogs, and that’s essentially what atherosclerosis is. Lipids and a type of white blood cells accumulate inside the vessels, causing the vessels to lose elasticity and, in some cases, form blockages.

Doctors can measure the progression of atherosclerosis by measuring something called intima-media thickness (IMT) and an impressive number of studies have shown that there’s an inverse relationship between T levels and carotid IMT. In other words, the lower a man’s level of free testosterone, the more likely it is that his IMT is high. Low T often equals more gunked-up arteries.

In short, high levels of T seem to protect arteries from developing atherosclerosis.

Testosterone and Too Much Fat in the Blood (Dyslipidemia)

TRT, though, has been shown to decrease the “bad” cholesterol (LDL), total cholesterol, and triglycerides. Likewise, TRT has been seen to increase “good” cholesterol (HDL), but a couple of other studies showed a slight decrease, while another showed no change at all.

Overall, though, TRT seems to help create a more favorable lipid profile, contributing to a potential decrease in CVD.

The factors that influence blood pressure are pretty complex. It’s essentially the relationship between the physical output of the heart and the resistance it meets through the vascular system.

Heart rate, strength of contraction, vascular tone, and levels of nitric oxide and endothelin (a peptide that causes blood vessels to constrict) are just a few of the things that influence this important barometer of cardiovascular health. Several studies, though, have shown T has beneficial effects on both diastolic and systolic blood pressure, as well as resting heart rate.

The Portuguese researchers even hypothesized that high blood pressure disorders seen in some pregnancies might some day be treated with androgens (testosterone or its close relatives).

As I’ve pointed out, low T appears to be harmful to the heart due to its close relationship to various cardiac risk factors, but low T can also affect heart health directly. T levels seemingly affect the heart’s electrophysiology, vascular reactivity (tension, resistance, and blood flow through the venous system), and cardiac output (how efficiently it pumps out blood) itself.

Specifically, there appears to be an inverse relationship between T levels and coronary artery disease, or CAD. Low T levels are also associated with reduced heart function, including reduced left ventricular dysfunction.

As far as the electrophysiology of the heart, low T levels are a risk factor for arterial fibrillation, or AFib, although some studies have shown the opposite – that high or higher T levels are predictive of AFib. Of course, AFib also correlates with physiologically low levels of estradiol, too. As is often the case, more research is needed. 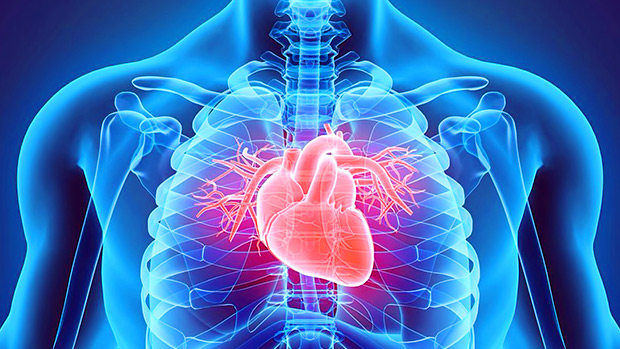 Should Testosterone be Used to Increase Heart Health?

Unfortunately, the FDA has only approved the use of testosterone to treat men with low testosterone levels who manifest symptoms of hypogonadism like decreased spontaneous erections, decreased libido, lack of energy, fatigue, shrinking testicles, and reduced levels of T as indicated by a blood test.

That’s too bad, because if the FDA and the medical profession had a more liberal attitude towards TRT, we might very well reduce the incidence of heart problems in this country by a bunch. Here’s a quick synopsis of some of the effects of testosterone that I touched on earlier:

Despite these impressive findings, it isn’t smart to regard testosterone or TRT as some sort of panacea regarding heart health. Heart disease is muy complex, and it’s difficult to find cardiologists who agree on anything, let alone the use of testosterone in making the heart healthier.

To muddy the cottonseed oil further, prescribing the precise amount of testosterone with which to bring about the healthiest heart possible is likely as much art as it is science. As such, we’re unsure whether to adjust T levels to “normal” or “high normal.”

Furthermore, everyone metabolizes the drug slightly differently, and how much testosterone remains free and how much is bound up by steroid hormone binding globulin (SHBG) or albumin, in addition to how much is aromatized into estrogen (which is itself a whole other topic regarding hearth health) is highly individual.

Unfortunately, the FDA’s restrictive stance is likely to prevent us from learning any definitive answers any time soon. All that being said, logic, along with my experience as both a long-time user and long-time researcher of testosterone, would suggest that men who use TRT aim for a free testosterone level between 20 ng/dl to 30 ng/dl, regardless of age.

Equally important (to hearth health, in addition to other health factors) is that they keep their estrogen levels between 21.80 pg/ml and 30.11 pg/ml. And, it certainly wouldn’t hurt to do all the usual heart-healthy things like exercise, get adequate rest, eat right, manage stress, and try to live somewhere where the air is fairly clean to breathe.