But the fact that they’re selective means they target the muscles a lot more than other tissues, whereas steroids tend to have an impact on more tissues. This is what makes many believe that SARMs don’t have side effects. (Spoiler alert: They do.)

On a milligram per milligram basis, it’s close to being as effective as testosterone. However, the “normal” dose for it is between 20-40 mg per day. That’s 140-280 mg per week. For most people who use testosterone for muscle growth, 400-1000 mg per week is a pretty “normal” dosage and a lot of advanced bodybuilders use dosages in the grams per week.

Now, if you go up to 100-150 mg of RAD140 per day, you’ll definitely have an inhibition of your own natural testosterone production. The body works in a feedback loop and if the androgen receptors are over-stimulated the body will limit its production of androgens.

I do believe that SARMs are less inhibitory than steroids, mainly because most don’t covert significantly to estrogen (which can also be inhibitory) but at an “equal dosage as what is used with steroids” SARMs will definitely cause inhibition.

For example, Dianabol is a really poor binder to the androgen receptor but is stronger than testosterone when it comes to building muscle and gaining strength. That’s mostly because of its affect on cortisol inhibition – either decreasing cortisol production or cortisol binding. Other steroids have a similar impact.

Cortisol is known to cause water retention by increasing aldosterone and vasopressin. Dianabol doesn’t have the same effect – it increases water retention – likely because of another mechanism of action: aromatization into estrogen.

SARMs won’t have that effect. So the more powerful SARMs like RAD140 and LGD4033 might be equal on a milligram to milligram basis as testosterone, but they come up short of other steroids.

But honestly, if you ask any bodybuilders with experience using steroids, testosterone is not a great product to develop an awesome physique (except for their first cycle). Take 500 mg of testosterone alone and you’ll be sorely disappointed with the results. Take 280 mg of testosterone/week and you won’t see that much in terms of additional growth (you will, but you won’t explode with growth). So 40 mg of RAD140 won’t give you a Mr. Olympia physique. 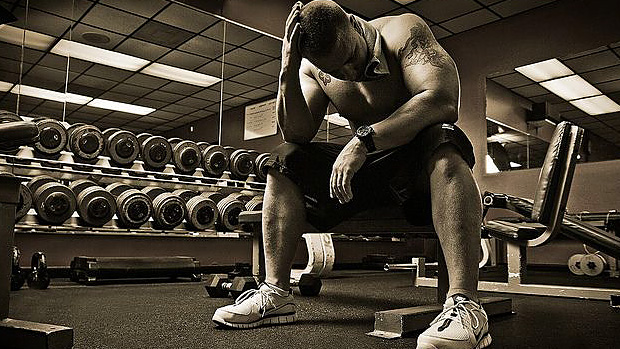 SARMs and Side Effects

It’s not true that they don’t have side effects. They do have fewer side effects regarding prostate issues and blood lipid profiles, mostly because they don’t convert to estrogen or DHT.

But at the same dosage as steroids they’ll inhibit your natural testosterone production, and can cause a significant amount of water retention, increasing blood pressure. Most of the real issues from steroids come from the high blood pressure, which is murder for the kidneys and cardiac system.

While it’s not a SARM – it’s an orally effective peptide – it’s often put in the same boat because it’s sold at the same places and is taken orally (most other peptides are taken by injection).

MK is by far one of the worst products you can take, at least in “normal” doses. It works mostly by increasing growth hormone production, but it increases it for too long, giving you tons of pulses over a 20-24 hour period. As such, it decreases insulin sensitivity really quickly and it will also bloat the f**k out of you. You’ll gain 10 pounds of water overnight and look like a water buffalo.

It’ll make your blood pressure skyrocket too, and it can inhibit your natural growth hormone production because of its super long action.

The TL;DR On SARMs

It’s a drug, not a supplement. Legally, it’s a gray area. SARMS are not approved by the FDA for human use, they’re illegally marketed and sold as dietary supplements, and, yes, they’re banned in all college and pro sports.

Drugs have side effects and SARMs are no different. At the normal dosages taken by most people, the side effects will be less severe than real steroids, but so will the results.

If you increase the dose of SARMs you’ll have steroid-like side effects, but with less impact on the prostate and estrogen issues.