The Healthiest Drink in the World

That's it. The contest is over. We knew coffee lowered the risk of heart disease, thwarted different types of cancer, protected your liver, lowered your risk of type 2 diabetes, and made you live longer in general, but the results of a new study cinch it.

Coffee, I'm naming you the healthiest drink in the world.

Granted, your previous accomplishments were all praiseworthy, but when the American Journal of Clinical Nutrition reported that drinking coffee has been found to elevate testosterone while simultaneously lowering estrogen in both men and women, I ordered the cake, rented out the local Moose Lodge, sent out all the invites, and blew up all the celebratory balloons for your coronation.

Epidemiologists from Harvard University looked at data from 15,551 women and 7,397 men who'd participated in the Nurses' Health Study and the Health Professionals Follow-Up study.

Levels of C-peptide, leptin, C-reactive protein, IL-6, and sTNFR-2 all went down too, while levels of the fat-burning hormome adiponectin went up (9.3%).

The effects were dose dependent, meaning that while one daily cup of coffee had some beneficial effects, two cups worked better and three worked better still, while four or more cups showed maximum benefits. Perhaps surprisingly, it didn't seem to matter whether the participants were drinking caffeinated or decaffeinated coffee – the effects were largely similar.

"Our data indicate that coffee consumption is associated with favorable profiles of numerous biomarkers in key metabolic and inflammatory pathways."

So what is it about coffee that makes it so damn healthy to drink? It definitely has nothing to do with caffeine, as this study and numerous others – including at least one that measured the ergogenic benefits of coffee – found that the advantages were conveyed equally well by decaf coffees.

Instead, it likely has something to do with the over 1,000 biologically active compounds found in the drink, but while many of them are highly anti-inflammatory and anti-oxidative, there's one that appears to be particularly gifted in those areas. It's known as chlorogenic acid, or CGA.

Therefore it makes sense that we should seek out brews that are particularly rich in CGA. Here's how to make sure you're getting the stuff that raises testosterone and lowers estrogen the most:

As far as general CGA guidelines, keep the following in mind: 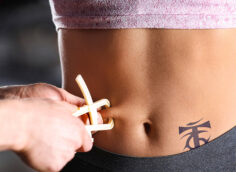 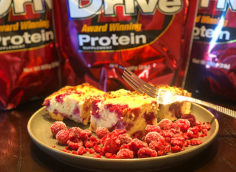