Research shows that there’s a strong correlation between declining testosterone levels in men and risk of dying from any cause.

The latest study to lend support to that idea comes from Denmark, where, between 1982 and 1984, Danish scientists got 1,167 wooden-shoe wearing men between the ages of 30 and 60 to enroll in a long-term study of mortality and death rates (1).

Blood samples were collected from the men at enrollment and again in a follow-up examination between the years 1993 and 1994. The researchers were specifically looking at levels of serum testosterone, luteinizing hormone, and sex-hormone binding globulin.

The participants were then tracked for another 18 years after the 1993-94 exam, during which time 421 deaths occurred. One hundred and six deaths were related to cancer and 199 were from cardiovascular disease, while the other deaths came from the usual assortment of less common diseases, accidents, and being in the wrong place at the wrong time.

But here’s the really interesting thing: Those who suffered the greatest 10-year decline in testosterone were more likely to die from any (all) causes in comparison with the other participants.

To get specific, those whose serum testosterone declined more than 1.0 nanomoles per liter – which put them below the 10th percentile – had a 60% greater risk of death than those that placed between the 10th and 90th percentiles.

Half the Man Your Grandfather Was

Maybe that 60-percent greater-risk-of-death statistic just washes over you like any of the dozen or so, often ridiculous, risk-of-dying percentages that get thrown at us every day, but it gets a little more troubling when you add another statistical ingredient to the mix – testosterone levels are mysteriously plummeting all over the world.

Studies suggest that, hormonally speaking, you’re about two-thirds the man your father was and maybe half the man your grandfather was. This goes a long way in explaining why either of them can gut a fish with stoic detachment while you make a disgusted Yoda face and say “ewww.”

As evidence, a 2006 study presented to the European Endocrine Society found that man born in 1970 had about 20% less testosterone than their fathers (2). Another study, this one conducted with 1,374 men over 17 years, again found that testosterone levels in individuals and age-matched generations had dropped 20% in a very short time (3).

But forget about inter-generational stuff. It’s estimated about 39% of men in the U.S. over the age of 45 suffer from low testosterone levels, which equates to about 13 or 14 million men (5). But who knows where the cut-off rate is? What percentage of men between ages of, say, 30 and 45 suffer from low T? 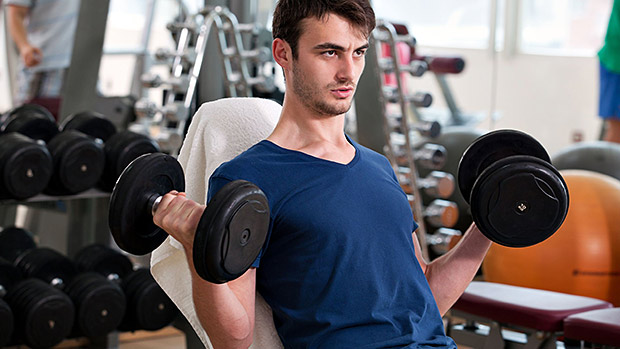 While the study I cited to lead off this article found that low T led to a 60% increase in deaths from all causes, it didn’t offer up any possible reasons for this increased death rate. However, other research seems to explain a good portion of it.

For instance, a meta-study in the Journal of the American Heart Association looked at over 100 testosterone studies and found low testosterone to be associated with abnormal EKG readings (4). Furthermore, they found that men with higher levels were 25% less likely to suffer from sudden cardiac arrest.

In fact, the journal reported that low testosterone was associated with a higher rate of mortality in general, along with higher rates of cardiovascular mortality, obesity, and diabetes.

Possible Causes of All That Low T

Modern living brings with it a plethora of testosterone-robbing evils, among them:

What Should You Do With This Info?

If you’re 30 to 40 years old, get your T levels checked and establish a baseline against which you can compare future blood tests.

And men of any age should be aware of symptoms of low testosterone, including, but not limited to, a decrease in energy, loss of muscle, increased fatness, a waning sex drive, or impaired sexual performance.

If any of the preceding applies to you, you have a few options. You could of course eliminate some or all of the conditions (obesity, stress, medications) that may be robbing you of your testosterone.

You could also use testosterone-boosting supplements. Some, Like Alpha Male®, work synergistically to increase testosterone by influencing the pituitary and the testicles to increase T, while others, like Rez-V™, will inhibit the conversion of testosterone to estrogen, thereby ensuring higher T levels.

Plenty of naysayers poo-poo testosterone elevating supplements, but they’re looking at them through a narrow, gunked-up lens. It’s true that a test-boosting supplement might not elevate T to the point of adding tons of muscle, but they can elevate T so that levels are in the healthful, heart attack and diabetes-thwarting normal range.