A little-known, or at least little discussed, side effect of the pill is that it can kill female sex drive.

It often suppresses ovarian production of testosterone and can increase levels of SHBG by almost 10-fold. In turn, SHBG binds up most of the remaining testosterone, thereby lowering libido, muting or nullifying orgasms, and making intercourse all but impossible without a petroleum jelly product.

Sure, the pill may allow women to enjoy largely worry-free sex, but they may no longer want to take advantage of this freedom. It's like making a drug for female sailing enthusiasts to combat seasickness that also makes them not want to go sailing. A man could show a woman his jib and she'd feel nothing, which is kind of what happens with birth control pills.

Unfortunately, researchers discovered another unfortunate, little-discussed side effect of birth control pills: They can impair muscle and strength gains in women. Fortunately, there's a fix.

The women worked out with weights three times a week for 10 weeks, completing 13 exercises each workout. The programs were all individualized so that each participant used weights that approximated 75% of her 1 RM.

Thirty-four of the women were on birth control and they, as a group, gained 40 percent LESS muscle mass than the women who weren't using oral contraception.

Further, the birth control group exhibited lower DHEA, DHEAS, and IGF-1 levels (all of which play a part in muscle growth, among other things), along with increased production of cortisol.

Chang also noticed that some of the women on birth control didn't have as hard a time putting on muscle as the others, so he took a closer look at the formulation each woman was using. He realized that many of the women were using combination birth control pills that contained progestin, which is a synthetic version of the female hormone progesterone.

It was at that point he had his aha moment. Progestin binds to the same receptor sites as DHEA and the other growth factors, which means that, biochemically, progestins were occupying the same parking space sought out by the growth factors. They couldn't "pull in" to their regular parking space and activate muscle growth.

If you're a woman using birth control and gaining strength and/or muscle is important to you, you need to examine your combination birth control formulation and see what kind of progestin it contains.

Here are the 8 most common ones, along with their androgenicity "rating" and primary benefits:

If you spotted the progestin used in your combination birth control pill and it's ranked as having "high" or even medium androgenicity and you struggle to make progress in the gym (along with maybe having a sluggish libido), it may be time for you to discuss alternate birth control pills (or methods) with your gynecologist.

Are you tired of seeing all those idiots in the gym doing everything wrong? Are you tired of the laziness, the stupidity, the lack of backbone, and the careless disregard for everything you hold dear? Move over, so's Jeff Ingram.
Opinion, Strong Words
Jeff Ingram August 31 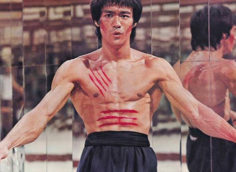 Here are the signs to look for and how to get tested.
Living Better, Tips, TRT
TC Luoma September 21