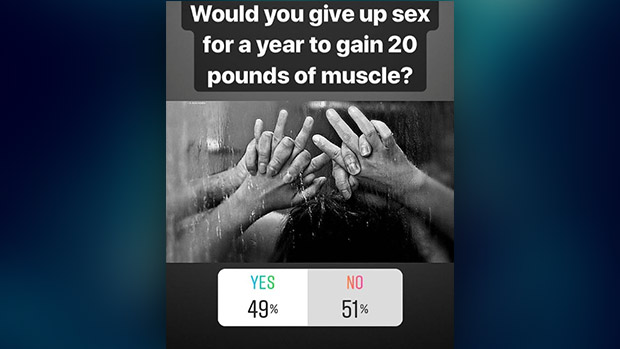 Are 49% of you guys crazy? Or maybe just really, really dedicated to building muscle? Many of the commenters were actually pretty honest, saying, "Um, I'm already going without sex, so I may as well get the muscle!"

But, Does It Work?

No, giving up sex doesn't lead to more muscle growth. The studies basically tell us that sex can temporarily lower male testosterone levels a little, but prolonged abstinence (several months of no action) might do that too.

Now, sex right before a competition (or leg day) isn't ideal for men. You might be a little, um, drained. There's also some evidence that being a little excited before you train could actually be a performance booster.

Yep, anticipation for sex may raise testosterone levels a bit. That's probably where the celibates got the idea to begin with. But in all likelihood, these little dips or peaks in vitamin T don't really amount to much as far as building muscle goes.

But let's get real. There's more to life than muscle, and good sex is one of those things. Don't leave your significant other hanging because it might (but probably won't) lead to slightly better gains. 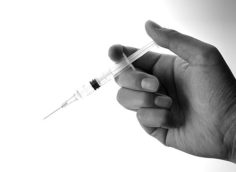