For years, I’ve submitted to an annual physical, along with the usual blood work. Then, a week or two later, almost invariably, I’d get the call:

At that point, I’d usually lose any sense of decorum and go into a diatribe about how absurd it is that individual labs have values that differ from those in the textbooks and how, besides, total testosterone is irrelevant and that they should instead be testing for free testosterone, along with pointing out how the distinction, “for your age group,” is completely ridiculous.

“Why, for God’s sake, if I’m getting TRT, would I want to have testosterone levels that are normal for an old(er) coot? Isn’t that the whole point of testosterone replacement therapy? To replace what was lost to age, to restore levels of testosterone to those of a young or younger man?”

I eventually learned to fudge the blood tests so the doctors and their nurses could unclench whatever orifices my supposedly runaway lab value had puckered up. I’d just skip an injection prior to the blood test, or at least time it so that my blood levels of testosterone would dwindle into an “acceptable” range.

I’ve recently employed a new doctor and I’m naturally wondering if I’m going to need to continue this type of hematological chicanery. I also started to wonder why it is that certain labs seem to have different values and why I’ve never read anything about these seemingly widespread differences in testosterone lab values.

I started sniffing around Google Scholar and sure enough, a couple of studies have confirmed that there’s a huge difference in the reference values for serum testosterone among labs. Not only that, but a shocking number of labs use different methods to measure testosterone levels, at least one of which has been deemed almost totally ineffectual and ought to be retired.

The most comprehensive report about these widespread variabilities in testosterone reference values was from 2006, but it apparently had the scholarly equivalent of yelling into the vacuum of space because no one paid any heed. There were no widespread changes made to testosterone measuring practices.

A subsequent paper from 2016 seemed to confirm this as the authors reported similar findings to the 2006 study.

Why Accurate Results are Important

It’s important to have standardized reference values because a lot of men are – or will become – genuinely hypogonadal. That diagnosis generally brings a lot of symptomatic baggage, including diminished sex drive, energy, and well-being, along with impaired cognition and a slow erosion of muscle mass and strength.

However, the way things are, one lab may categorize a man as “low” in testosterone while another may classify him as “normal.” This is problematic because doctors rely heavily on these readings to determine if a patient requires TRT and the patient is unwittingly forced to participate in this Russian roulette style of clinical diagnosis.

Pick the wrong doctor and, ipso facto, the wrong lab or testing method, and patients are endocrinologically doomed.

The Truth is Ridiculously Bad

Abraham Morgenthaler, MD, is a testosterone-science hotshot who’s well known to those of us who are passionate about the hormone. In 2006, he and his colleagues did a survey of 12 academic laboratories, 12 community medical laboratories, and one national laboratory.

Are you getting the implications of this? As Morgenthaler and his colleagues pointed out, a man who had a total testosterone reading of 251 ng/dl would be categorized as hypogonadal by 14 of the labs they surveyed and normal by the other 11 labs.

Years Later, More of the Same

Shoot forward in time ten years later. Researcher Margaret Le and her colleagues from the Urology Department of the University of Kansas Medical Center undertook a study similar to Morgenthaler’s, only more comprehensive. They interviewed 120 laboratories from 47 states.

Further, they found that a third of the labs “age stratified” reference values. As an example, 19 of the surveyed labs arbitrarily designated 50 years or greater as kind of a statistical cutoff age, meaning old coots were assigned different definitions of normal total testosterone levels.

Can you see the problem with this age stratification? Let’s say you just turned 40 and you suspect your T levels are low. You go to the doc to get your levels checked and they come back “normal” for a man your age. However, if you had gotten the test the day before you turned 40, you might have tested low and qualified for TRT. 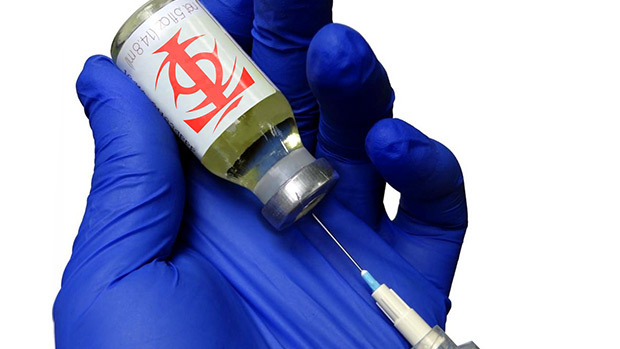 How the Eff Does All This Happen?

There are apparently a number of methods available for testing total T. However, get this: Brands and models of testing kits vary by laboratory, which has resulted in various normal reference ranges and the primary source of these reference ranges is manufacturer package inserts.

But put aside for a moment that huge, Grand Canyonesque gap between values. Testing itself sucks, too, and can often lead to wildly inaccurate results. Part of the problem has to do with a word that is often the demon behind the decay of most things that were once done well: streamlining.

Accurate testing for total T, according to Le and her co-authors, requires time-consuming extraction steps and purification with column chromatography followed by radioimmunoassay. This has largely given way to automated immunoassays, which comes at the price of accuracy and sensitivity.

As far as measuring for free testosterone, it’s hugely complicated and requires “exquisitely sensitive” methods of detection, the best being “equilibrium dialysis” and ultracentrifugation. The trouble is, these studies are time intensive and expensive. Furthermore, they require techs with a strong chem background and familiarity with the assays.

As such, it’s not used very often.

The most commonly used method to measure free testosterone was RIA, but while it might be okay for measuring total T, it sometimes underestimated free T by a factor of 10, compared to values derived by equilibrium dialysis. While using radioimmunoassay (RIA) to test free T has gradually fallen out of favor, 33% of the labs Le and her colleagues interviewed still used the process.

(I have to believe that the use of RIA has continued to shrink over the last 5 years, but I can’t find any research to confirm it.)

The trouble is, Le found that the samples used for validation were obtained without knowing much about the health status of the subjects. Neither did they take into consideration that T levels are influenced by time of day, as well as the weight of the patient, medications he may be taking, or any illnesses he might have.

Another Problem – Being a Living Organism

Let’s say you walk into your doctor’s office on a Monday at 9 AM to have your testosterone levels checked. They draw your blood and you venture forth into the world, only to return Wednesday at the same time and have the test repeated.

Studies show that such a scenario could easily result in a 10% variability in your testosterone levels. In effect, you could qualify for TRT on Monday, but test “normal” on Wednesday.

Talk about luck of the draw. This variability has nothing to do with doctor or lab error, though. It’s entirely based on the normal circadian rhythms and biochemical fluctuations that come with being a living organism.

Fixing the problem would require money and the widespread will to change things. Unfortunately, neither is forthcoming. The National Institute of Standards and Technology offers a serum-based specimen calibration program, but it appears to not be mandatory.

Besides, that would require that all labs use the same kits and the same testing methodologies. It would also require them to adopt the same reference values and the same overall philosophy regarding TRT (e.g., to either adopt age-related standards or not, and if they did, do so with the understanding that the whole point of TRT is to restore T values to that of your younger self).

Let’s assume, though, that all labs were terrific and shared the same reference ranges. There’d still be a problem with what constitutes “normal” testosterone levels. Normal for you might be towards the upper end of the scale, but since no doctor ever thinks to order a testosterone baseline for someone in their twenties, patients in their 30’s or 40’s are often forced to play this silly, maddening game where they’re ruled by some arbitrary lab values.

Plus there’s the perception of need. Conventional doctors assume that “no one ever dies from low testosterone,” so they might not see a reason to treat it.

The trouble, as recent studies have shown, plenty of people DO end up dying from low testosterone, as it’s been associated with cardiovascular disease, type II diabetes, metabolic syndrome, a higher death rate from all causes, and death as a result of system-wide decrepitude.

This makes it absolutely essential that a responsible physician observe his patient, listen to his symptoms, evaluate him, and, if needed, formulate a treatment based on humanitarian and scientific principles to restore his health and vitality, sometimes regardless of what the numbers say.

In other words, treating patients based on symptoms rather than possibly misleading or inaccurate lab samples.