Your favorite hormone has a long list of physiological peculiarities and a swashbuckling, character-filled history. Think you know it all about T? Check this out.

In 1869, a French physiologist named Charles Edouard Brown-Séquard theorized that injecting the sperm of a healthy young animal into the veins of an old man would produce vitality. Twenty years later, at the age of roughly 72, the crazy old coot tried it on himself.

Brown-Sequard revealed to a startled audience at the Société de Biologie in Paris that he had reversed his physical decline by injecting himself with the liquid extract derived from the testicles of a dog and a guinea pig.

He insisted the injections had increased his strength, improved his mental acuity, and even lengthened the arc of his urine stream by 25 percent, thus presumably enabling him to blast cockroaches off les toilette wall.

The procedure caught on in France and soon spread to the United States, where William Hammond, a former surgeon general, reported that the preparation reduced pain, improved cardiac function, and restored potency.

Meanwhile, Brown-Séquard continued to "refine" his formulas: "Cut bull testicles into four or five slices, mix with one liter of glycerine, store for twenty-four hours turning frequently, wash in boiling water, pass the liquid through a paper filter, and then sterilize at 104 degrees."

We now know that Brown-Séquard's formulations relied heavily on the placebo effect. Regardless, he inspired laboratory research and clinical applications that led to the discovery of testosterone.

In 1913, a professor of surgery at the University of Chicago performed the first testicle transplant on a twice-cursed 33-year old man who had lost one testicle through an accident and the other through a botched hernia surgery.

Four days after the operation, the patient insisted on leaving the hospital so that he could "satisfy his desire."

Stanley ended up doing 21 transplants with human testicles and over 300 with animal testicles. San Quentin inmates were literally lining up to get the procedure and recipients reported "a feeling of buoyancy, a joy of living..."

About the same time, a French physician, inspired by Stanley's work, began transplanting monkey testicles into patients who complained of loss of sexual drive. He declared that the procedure promoted physical and mental prowess and advocated that it be performed on children to create a "new super-race of men of genius."

While that of course never happened, reports appearing much later in 1949 showed that doctors of the time gave oral and injectable forms of testosterone to premature infants, both male and female. A year later, a study found that methyl testosterone made babies grow faster and with no apparent ill effects.

Probably as a result of the aforementioned study, docs began giving testosterone to anorexic and underweight children as a "general growth stimulant." This occurred as late as 1961, but luckily, the practice didn't last much longer as scientists became aware of the side effects of relatively indiscriminate use of testosterone on pre-pubescents.

The testosterone craze of the early 20th century led to the development of several over-the-counter formulations of dubious effectiveness. Among the most popular prescribed by physicians of the day was "Henry Harrower's Gonad Tablet."

It contained 0.25 grams of adrenal gland; 0.50 grams of thyroid gland; 1 gram of pituitary gland, and 1.5 grams of prostate gland and Leydig cell extracts. The label said to take it 3 to 8 times a day.

Also popular were "Ovacoids" and "Testacoids," along with "Concentrated Orchitic Solution" that contained tissue from the "small, hard testicular gland of the healthy young, live goat, ram, or monkey," dissolved in alcohol and water.

In 1929, researchers discovered that male urine contained the mysterious male hormone they'd been looking for. Two years later, a professor at the University of Gottinggen named Adolf Butenandt, in conjunction with the Schering pharmaceutical company, isolated minute amounts of the substance and named it androsterone.

Then, in 1934, another researcher purified the hormone from cholesterol and he and Butenandt were later named co-winners of 1938 Nobel Prize in chemistry for their work.

In-between those events, in 1935, a professor named Ernst Laquer, with his colleagues and the Dutch pharmaceutical company, Organon, purified the hormone even further from bull testes and named it – queue up sound of heavenly choir – testosterone!

Prior to the isolation of testosterone, male secondary sexual characteristics – like muscle mass and genital growth – were thought to be associated with the production of seminal fluid and sperm. In other words, "losing" too much sperm affected your robustness.

Your tank supposedly only had so much gas, and you'd best not be riding around on the sexual Autobahn burning up that precious bodily fluid and, along with it, your masculinity. As such, skinny, non-robust men were assumed to be chronic masturbators who had left behind the best part of them in their bed sheets or the bloomers from their sister's laundry bin.

Testosterone and estrogen – miles apart, the yin and yang of human behavior and development, right? Well, they may have different effects, but they sure don't look much different.

Take a look at the graphic below. Testosterone is on the top and estrogen is on the bottom. The molecules are so similar that they could be merged into one three-dimensional figure! The molecules are pretty much identical except for one solitary, definitely appropriate, extra penis of a carbon atom that stands straight up, illustrated in red below.

"Men and women are similar in many ways – in their bodies, their minds, their hopes and fears. We should remember this underlying similarity when thinking about the ways in which they differ."

So innocent the baby boy!

We like to think so, but during the first 4-6 months of a male baby's life, his testosterone levels are almost at pubertal levels. While we're not sure why this occurs, some scientists think that the high levels have something to do with "brain masculinization," which lays the groundwork for "typical" male behavior and male gender.

Is the baby crying because he's hungry? Maybe, maybe not. It could be that he just wants to play with mom's breast. Okay, probably not. Regardless, it's probably a good thing that testosterone levels decline to normal childhood levels after these first few hormonally tumultuous months.

It seems counterintuitive, but male athletes typically have lower testosterone levels than couch potatoes. Comparative studies have shown again and again that free and total T concentrations in chronically trained athletes (runners, weight lifters, rowers, cyclists, and swimmers) are surprisingly low. In fact, the testosterone levels of trained subjects were only 60-85% of untrained men.

While FSH and LH levels of trained men didn't differ from untrained men, T levels were significantly affected. Some researchers attribute the discrepancy to alterations in hepatic and extrahepatic (muscles, skin) metabolism of testosterone, which can't be compensated for by the athletes' gonads.

And, while exercise of any kind for as little as 5-30 minutes results in a significant increase in T, levels decline below baseline 15-60 minute later. What's more, this reduction below baseline can last up to three days, depending on the duration and intensity of the exercise!

A student at Georgia State University named Jonathan Bassett had read implications in the scientific literature that females with higher testosterone levels gave birth to more boys than girls. While this doesn't make much sense off-hand, high levels of testosterone in fertile females might affect the viability of male and female zygotes after conception.

In any event, Bassett decided to do a study of female trial lawyers and beauty queens. He knew that trial lawyers, female or male, were typically high-testosterone individuals, while beauty queens, as paragons of traditional femininity, were generally low in testosterone. He theorized that the sex ratios of the children of these hormonally disparate groups might differ significantly from each other.

He was right. Fifty-eight percent of the children of female trial lawyers were boys, while former Miss America's had twice as many daughters than sons.

Want some sons to help you with the farm work? Marry the girl on the next farm over who looks like LeBron James.

Look at your hands. Hold them up in front of you as if you were trying to catch a trout some fishmonger just flung at you. Is your ring finger (the fourth finger, counting the thumb) longer than the index finger (the second finger)?

If it is, and you're male, good for you. In the first trimester of pregnancy, when you were firmly entrenched in momma's womb, hormones started to roll up their sleeves to help build your body, bones included. It's this early exposure to T that seems to make a difference between the lengths of those two fingers. Biologists call this the 2D:4D ratio.

Researcher John Manning of the University of Liverpool has even done studies that indicate that exceptional athletes and math whizzes have extra long ring fingers, perhaps suggesting that they might haven gotten extra doses of T when they were in the womb.

Equally amazing and downright compelling about this whole 2D:4D discussion is the fact that women generally have digits of similar length, with the notable exception of lesbians. They tend to have ratios that are similar to those of men.

What researchers have found, though, is that when they look at hundreds of straight women and hundreds of lesbians, many more lesbians had ring fingers that were longer than their index fingers.

Somehow, these women, like men with similar dynamic digits, might have gotten an extra dose of testosterone during their first trimester in the womb. As a result (and this is just one theory), their sexual preferences leaned strongly toward other women. 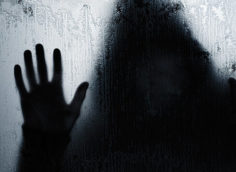 Motivation is for newbies. To be successful over the long haul, you need to be haunted. Here's why.
Motivation, Opinion, Powerful Words, Strong Words, Tips
Chris Shugart December 10

They say fitness has to become a lifestyle. True, but how do you do that exactly? Try this.
Motivation, Opinion, Strong Words
Chris Shugart December 1