Bodybuilding from the 1930s to the early 1960s was much simpler. Creatine monohydrate was decades away, protein powders were in their infancy, and the military press was still an Olympic movement. It was also a time when anabolic steroids were not widely abused.

The fact that drug use wasn’t rampant not only helped keep the athletes healthier, it also helped keep “the physique ideal” somewhat attainable.

It meant that the average trainee could emulate the routines from top guys like Reg Park, Leroy Colbert, John Grimek, Clarence Ross, Marvin Eider, or John Davis and experience some degree of success.

This article is intended to serve as a wake-up call to the modern bodybuilding industry (and the gym rats) to get back to the basic principles that built the healthy champion physiques of not that long ago. 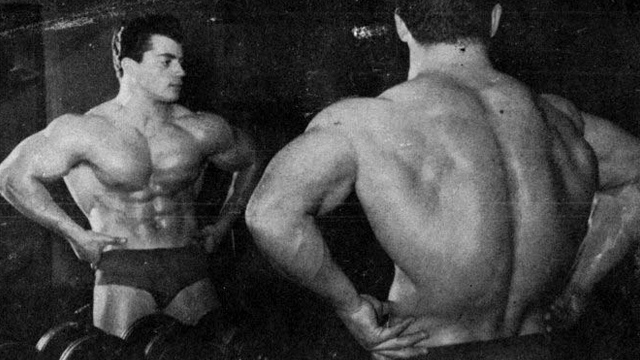 The “good old days” phenomena extends beyond the bodybuilding context. Despite a shorter life expectancy than today, people back then just seemed a whole lot healthier in general.

They were more active, walked more in day-to-day life (not just on a treadmill), and their kids grew up playing sports outside, not on Xbox’s, which made for healthier teenagers and adults.

It also made for better-conditioned gym rats. Take a look at the age-old lift, the behind the neck press. Fifty years ago you’d see it recommended everywhere, but today in a world full of limited shoulder mobility, poor flexibility, and weakened rotator cuffs, this movement that built countless championship shoulders has almost been black balled.

What’s happened in the last 50 years? First, apart from the bench press, people just don’t seem to like to lift heavy any more.

Today the hot point in the magazines is “muscle confusion,” all of which merely serve to confuse a young trainee from what his true goal is: adding weight to the bar.

Trainees today think that if they want big arms, all they need to do is follow a routine that consists of a few sets of concentration curls and triceps kickbacks, interspersed with phone texting and Tweeting.

The problem is, these random-ass routines – when applied by a gifted bodybuilder on a cornucopia of pharmaceutical goodies – will actually yield results.

So young, misguided trainees gravitate towards these easy routines instead of practicing a more basic, yet proven routine that the great Bill Pearl used and recommended in the early 1960 – a routine that would give them twice as much arm mass, twice as fast:

Personally, I’ve added 3 inches to my arms in a year on modified workouts like this. Mix it in with modern training discoveries such as loaded stretches and you’ll be shocked by the results. 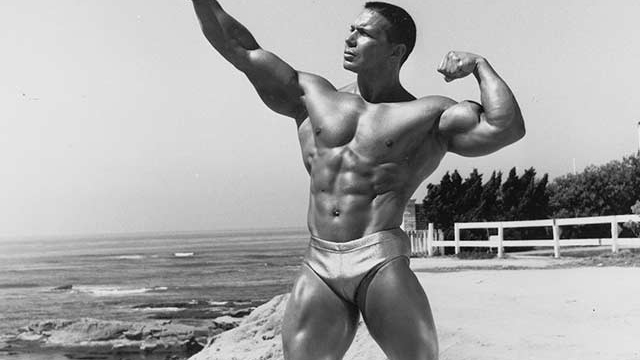 Needless to say, he was built a like a brick house. That, however, was how it was done back then – hard, heavy, and constant training forged some of the greatest physiques of all time.

Then you had the “Biceps from the Bronx,” Marvin Eder, who could perform a dip with an additional 434 pounds (two men hanging from his legs), press 305 behind the neck, bench press 515, and perform 8 one-arm chin-ups with either arm.

The sad truth is, three of those foundational lifts that Marvin loved so much (the dip, chin-up, and behind the neck/military press) are likely not practiced by 90% of today’s trainees!

These men might not have had access to the high-tech equipment available today, but they still built mind-blowing physiques through a variety of hard work. Marvin and John Grimek even competed in the Olympics during their bodybuilding careers.

In fact, it was common for bodybuilders back then to not only have to show off their physiques, but also be judged on their strength in lifts like the military press for points.

So if you were training in the 1950s, you would’ve been lucky to have read some of Grimek’s articles, such as “Developing Greater Strength,” which was originally published in 1958 and discussed things like support and explosive movements for building maximum strength.

Here’s a breakdown of an overhead pressing routine Grimek recommended 55 years ago:

I’ve used this routine myself and while I’m no world-class presser, it did take my press from my bodyweight for one repetition to eight full repetitions.

Nevertheless, it’s basically the opposite of what’s typically recommended today – the general training public has long forgotten the military press since it was dropped from the Olympic games in 1972.

What Can We Do? 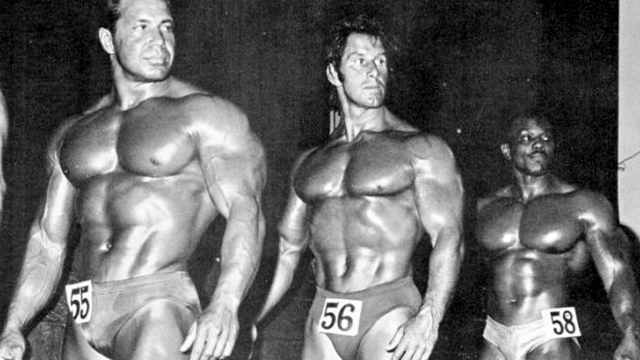 While the training landscape may seem bleak, fortunately all is not lost for those with the wisdom to remember the past.

Here is a list of guidelines to follow to make sure your training is on track with that of Reg Park, Steve Reeves, John Grimek, Marvin Eider, Leroy Colbert, and countless other greats from the era before the anabolic arms race.

Rule 1 – If you employ pumping movements, make sure to always perform one heavy compound movement as well.

Pumping movements can be very valuable training tools if used effectively. However, somewhere along the way, lifters started to believe that all they needed was the pump.

This line of thinking severely limits results as progressively adding weight on the compound movements (bench press, squat, deadlift, dips, and barbell curl) is what allows subsequent, lighter, “pump” training to be beneficial.

While some old school lifters like Serge Nubret did use a form of “pump training” almost exclusively, Serge still knew the value of progression and always recommended adding weight whenever possible. The fact is, his short rest intervals were a form of progression in itself, as seen in the next rule.

Rule 2 – Think of intensity as a measurable factor, not just an effort factor.

You should think of intensity as something that can only be increased by doing the following:

Certainly, approaching your training more passionately or being “psyched” up can increase focus and motivation, just ensure that it leads to one of the above-mentioned “measurable intensity modifiers” regularly, or your so-called “intensity” is being wasted.

Rule 3 – Worry about your whole food intake before supplementation.

Nevertheless, once you have your daily nutrition dialed in to promote maximum muscle gain and limit fat accumulation (or possibly cause fat loss) I urge you to experiment with supplements, especially peri-workout nutrition protocols, because they really do work.

Rule 4 – Do not toss out full body training completely (especially for beginners).

Sure, split training works, but some of the greatest physiques of all time, such as Leroy Colbert and Reg Park, were built by full body training. Even if full body workouts are not something you personally enjoy, mixing them in periodically can help spike growth and training enthusiasm.

Colbert trained every other day, hitting his entire body in one workout and performing six sets per body part with 1-minute maximum rest between sets. This takes around 1 1/2 to 2 hours to complete, depending on the speed of the sets – longer than what science says is “optimal,” but it clearly worked for him!

This is something that came about naturally decades ago, yet the idea seems to have faded today. Remember how in Pumping Iron all the bodybuilders trained, tanned, ate, and posed together?

You may not live down the road from other world-class athletes, but thanks to the internet and sites like T Nation you have access to a community of thousands of like-minded lifters and brilliant coaches to bounce ideas off of and keep you motivated. Pass up on this invaluable resource and you deserve every plateau you find yourself stuck in.

Rule 6 – Do not just accept criticism – embrace it, love it, and move in with it.

There’s nothing I love more then being able to talk with experts in their field and hear their criticism.

This is something very valuable to have in your training world because specific critiques can often make a world of difference.

Imagine aspiring to squat 500 below parallel and having someone like Dave Tate evaluate your form and offer feedback. You couldn’t ask for a more efficient way to identify and overcome shortcomings. Unfortunately that simply isn’t the mindset today.

Most lifters (men especially) are far too proud to ask for advice, as if by having a set of testicles they’re supposed to know anything and everything about working out.

However, Bill Pearl said that other champions like Dave Draper, Boyer Coe, Tom Platz, Chris Dickerson, and Arnold Schwarzenegger would regularly come to him for advice.

As stated in rule #5, to go far you need to consider your training a team sport, and never think you’re above asking others for guidance. Sometimes just the smallest piece of advice can save you years of frustrating trial and error.

As Bob Dylan once wrote, the times they are a changing. You can’t stop progress in any endeavor any more than you can stop the leaves from changing color.

But just because a sport evolves or adapts to the circumstances of the day doesn’t mean that what used to work suddenly becomes irrelevant, especially in the case of the misguided modern-day natural trainee.

Take a few moments to learn about the training practices of guys like Colbert, Pearl, Grimek, and others, or at the very least put these 6 tips to work. You may just experience newfound gains from some old school tricks.