Science says that saying one word during an exercise will make you stronger and more powerful. Check it out.
Health & Longevity, Living Better, Motivation, Tips
TC Luoma December 9 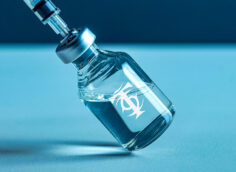 Testosterone replacement therapy (TRT) improves the health of those who need it. But are you fit enough to reap ALL the benefits? Info here.
Pharma, Testosterone Optimization
Ali Gilbert July 5