Does Testosterone Cause Prostate Cancer?

I should rephrase that. They noted that ONE man with metastatic prostate cancer lived longer when he was castrated (1). That's right, the effects of castration on one poor bastard's prostate cancer led several generations of doctors to assume that it was testosterone itself that promoted the disease. Mind boggling, isn't it?

Men with low testosterone don't have anything to fear from TRT (testosterone replacement therapy). It won't increase their risk of developing prostate cancer. Consider the analysis of more than a quarter of a million records of men in Sweden that was released at the annual meeting of the American Urological Association in San Diego, California in 2016.

Tired? Getting fat? Having issues in the bedroom? Here's everything a man needs to know about hormones, drugs, supplements, and his willy.
Living Better, Pharma, Testosterone Optimization, TRT
Dr Jade Teta November 9
We know they're out there. We even know who some of them are. But most of these underground trainers and coaches work on the fringe, carefully out of the public eye. We call them shadow gurus, experts in training, nutrition and the use of performance enhancing drugs.
Living Better, Pharma, TRT
Chris Shugart April 9 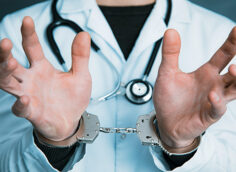