In my experience, most women aren't adverse to a little bit of a chemical helping hand when it comes to burning fat. Most are accepting of fat burners in general, and sometimes even go so far as to use thyroid meds or some nutrient partitioning drug like clenbuterol, if they can actually get ahold of some.

However, using illegal anabolic/androgenic drugs to help with building muscle or increasing performance often poses a practical dilemma, if not an ethical one. Fears of unwanted hair growth, deepening of the voice, and lengthening of the clitoris discourage most from even considering that route.

That being said, most women probably wouldn’t mind a tiny anabolic boost, provided it was safe and legal and didn't cause the aforementioned side effects. Well, there's something sitting on the shelves of most health food stores right now that definitely builds a little muscle in women, definitely burns some fat, and probably increases athletic performance.

The drug is the hormone DHEA, and it can double a woman's natural testosterone levels within hours. While it generally flies under the radar, anti-doping researchers are worried about it enough to have come up with a test to easily detect its use in competitive athletes (1).

Still, it's a viable and legal option for the millions of women who don't compete in an organized sport and only want to look better and get stronger. Too bad it doesn't work very well for men, at least not in the way men presumably would want it to.

A Drug That Snuck Through a Loophole

DHEA, or dehydroepiandrosterone, is a tremendously important hormone for women's health. Depending on a woman's age, between 75% and 100% of the estrogen in her blood – and about half of all other androgens, including testosterone – are synthesized from DHEA.

Much like other hormones, natural levels of DHEA, along with its sulfate-ester DHEA-S, decline with age, and it's long been proposed that supplemental DHEA would restore levels to normal and be a good anti-aging strategy in general.

However, there's more money in weight loss, so it was marketed as a weight loss pill when it first appeared as an over-the-counter supplement in the early 1990's. The thinking was that the drug/supplement activated the PPAR-alpha receptor, which affects the way the body metabolizes fat.

Regardless of the mechanism, the FDA took issue with DHEA and designated it as a prescription drug. The ban was short-lived, though. Thanks to a loophole in the Dietary Supplement Health and Education Act of 1994, DHEA shimmied its way back to the store-shelf market, where it remains to this day.

Sorry, Guys. It's Not For You.

Ironically, men in general were and are more jazzed about DHEA supplementation than women. They know that DHEA is also a precursor to male testosterone, and lots of not-so-knowledgeable men often think they've stumbled onto some miracle drug that will legally allow them to build IFBB caliber muscles.

There are at least two problems with this thinking. Firstly, any elevation in testosterone levels would be comparatively small unless DHEA was taken in large doses.

Secondly, and perhaps more importantly, is that the male body also converts DHEA into estrogen, sometimes preferentially so. That means that the large doses theoretically needed for any anabolic effect would most likely result in elevated estrogen levels, which are counterproductive to both muscle and leanness. 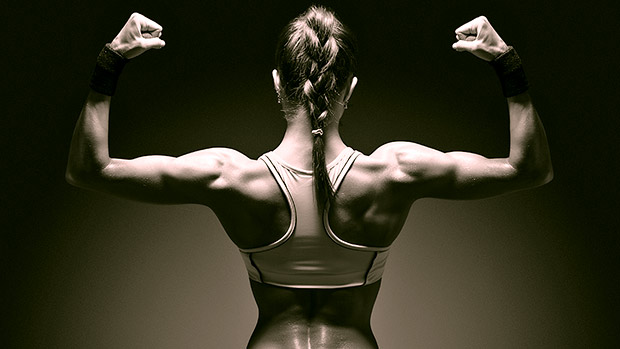 But Let's Switch Back to Women

The study conducted by the anti-drug researchers mentioned at the beginning of this article found that a single 100 mg. capsule of DHEA resulted in a doubling of female testosterone levels for 24 hours. Furthermore, salivary levels of testosterone increased by over 30 times baseline in the first three hours after taking the capsule.

Compared to men, this rise in testosterone is relatively small. After all, a doubling of not much is still not much. However, these comparatively small elevations of female testosterone levels would likely be large enough to lead to slow but noticeable changes in body fat, athletic performance, and muscle.

What This Means to Women

It's also highly unlikely that taking such a small dose would have any adverse health effects, even in the long run. After all, the drug is still considered by those in the life extension tribe to be an anti-aging drug.

Still, as is almost always the case, further studies are needed.

A sports medicine physician who worked at the CrossFit Games has some pointed advice for CrossFit HQ. Check it out.
CrossFit, Opinion, Powerful Words, Strong Words
Dr Adam Schulte June 3 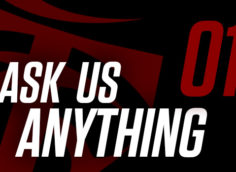 In our new Q&A column, we field your questions about testosterone, carnivore diets, probiotics, how to eat more without getting fat, and more.
Ask Us Anything, Diet Strategy, Hormone Optimization, Opinion, Probiotics
T Nation January 23

Grinders win, greatness is planned, and your attitude determines everything. Works in the NFL and it'll work for you.
Motivation, Opinion, Powerful Words, Strong Words
Ryan Burgess January 28 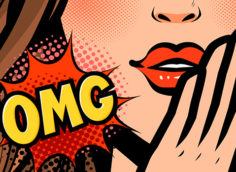