Several years ago a friend of mine, an internist, told me what he was doing for some of his patients who were in need of testosterone replacement therapy (TRT). He didn't give them testosterone gels, creams, or even shots.

Instead, he wrote them prescriptions for clomiphene citrate, aka Clomid, a female fertility drug that's also used to stop the growth of estrogen-dependent breast cancer.

Granted, Clomid has a long history in competitive bodybuilding as an anti-estrogen and something that could help restore testicular function while coming off a steroid cycle. Still, it's never been routinely used as an alternative to TRT, so when my friend told me about what he was doing with it, I chalked up his concept as too iffy, too underpowered, and maybe a little too whacky to be taken seriously. Just Joel being Joel.

Recently, though, while researching another topic, my Googling took a right turn instead of a left and I ended up finding some studies that backed up what Joel was doing. It seems Clomid may turn out to be cheaper than TRT, possibly equally effective, and with fewer side effects.

How Well Does It Work?

In one study of 36 legitimately hypogonadal men (27 to 60 years old), 25 mg. of Clomid, taken daily for 4 to 6 weeks (until their first follow-up visit), increased testosterone levels by 146%. Their collective testosterone to estrogen ratio improved by about 61%, as well.

"Low dose clomiphene citrate is effective in elevating serum testosterone levels and improving the testosterone/estradiol ratio in men with hypogonadism," concluded the researchers. "This therapy represents an alternative to testosterone therapy by stimulating the endogenous androgen production pathway."

At least four or five other studies have found similar results. 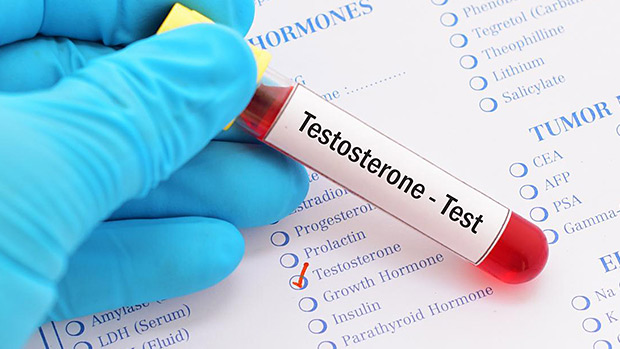 Clomid is what's known as a selective estrogen receptor modulator (SERM). It's undeniably effective in curbing breast cancer growth because when it binds to the estrogen receptor, the fit isn't precise. Because of this lousy fit, it doesn't initiate a reaction, which in the case of breast cancer, is tumor growth. However, the fit is good enough to keep estrogen itself from attaching to the receptor and initiating that same tumor growth. It's a win-win.

In men, the fit to the estrogen receptor is equally lousy, like a suit you buy from Men's Warehouse. As such, it doesn't initiate any "estrogenic" reactions, like storage of fatty tissue or feminization in general. Still, just as with women, the fit is good enough to keep real estrogen from attaching to the receptor and causing those same feminizing effects.

What Clomid also tells the body by binding to those receptors is that it's okay to keep producing testosterone. When there's too much estrogen in the bloodstream, the body figures that it's time to stop making testosterone (because normally, all that estrogen arose from the aromatization of testosterone).

Okay, But Is It a Viable Alternative?

Traditional testosterone replacement, while extremely effective, has a couple of potential drawbacks. For one, there's no oral delivery system. That means creams, gels, or shots, the latter option sometimes leading to infections.

Secondly, it's easy and tempting to overdo it (too much of a good thing) so that other side effects surface, like too high a hematocrit level (possibly leading to stroke), possible hair loss (in those susceptible), and possible prostate growth, not to mention an elevated testosterone/estrogen ratio.

These things are either not possible or not likely with Clomid. As testament to its presumed safety, the study that had men on Clomid the longest (40 months) reported no adverse side effects.

Clomid is also much cheaper than TRT, probably by a factor of four.

If it has a drawback, it's that it only works in those individuals who have a normally functioning HPTA (hypothalamis-pituitary-testes-axis). In other words, if your hypothalamus or your testes aren't functioning properly, your only recourse is traditional TRT.

Clomid seems like a viable alternative for men who just want to boost testosterone levels back into normal physiological ranges. The most daunting part about using it though, may be finding a progressive doc to prescribe it.

On our way to Montana for the National Weight Pentathlon, my wife Tiffini and I pulled over for a break. It's a beautiful drive, but I drink a lot of coffee and I'm 49, so we have to pull over for a lot of "breaks."
Opinion, Powerful Words, Strong Words
Dan John September 20

Here's one of the most important benefits of training that many people overlook.
Opinion, Our Opinion, Powerful Words, Strong Words
Jason Ferrugia May 15