What Exactly is a Steroid User?

Seems obvious enough, but things are a little more "fluid" these days, and not just with issues concerning your perplexing private parts.

Today, the steroid issue has gray areas. Most men can go to a doctor and get a 'script for testosterone if their tests come back low. Are those men "steroid" users? Well, yeah, kinda. But they're just legally getting their T levels back up to normal because low T is a medical condition (male hypogonadism). If he took twice as much as needed though, yeah, we could call him a steroid user.

So let's define it: A steroid user, in this context, is a person who's obtaining steroids and/or related drugs, usually illegally, and using a whole big bunch of them.

But they're not all the same. And I'll say that the average steroid user doesn't fit the stereotype that's floating around in your head right now. Let's kick off the list with him.

This, in my experience, is actually the most common steroid user. Scan the rest of the list below real fast. See all those assholes and assholic personality traits? Well, the good guy has none of them.

The good guy is often a family man with a real job who doesn't own a single "beast mode" T shirt. Except for how he procures his juice, he's a law-abiding citizen. He just wants to be bigger than most other people.

Usually, this guy is past the age of 35. He's put in plenty of time under the bar without the assistance of drugs. He's a lifting and nutrition geek, always has been. The good guy is seldom a regular competitor in bodybuilding or strength sports. He's not using steroids to "cheat" at any competition that forbids them. Dude just likes muscle.

If asked by a friend, he doesn't mind talking about his steroid use. He doesn't lie about it, claiming to be just really good at lifting weights and eating.

Usually, this is the type of guy who never goes crazy with the drugs. His cycles are well thought-out and modest. He takes care of his health. He's mentally sound. He's seldom the type of guy who touts his superiority to others or belittles them. He knows very well why he's packing more muscle than the average guy in his gym, and he's pretty humble about it.

The good guy often flies under the radar. Yeah, it's sometimes obvious he's "enhanced" but since he's not a peckerhead, people are pretty cool with him.

This is probably the image you had in mind. Some stereotypes are stereotypes for a reason – because those human caricatures do exist.

This guy is the gym's showoff, desperate for the attention he didn't get as a kid... or something. He's a braggart that acts as if his extra muscle mass was directly bequeathed by God. He's quick to lie about his drug use, wanting you to think that he just works harder, believes harder, and grinds harder than you do.

He's a loudmouth. He's the guy who's downright predatory toward women in the gym. Does he have a chin-strap beard? Probably. The vastness of his muscles is belied by the vapidity of his mind.

This guy seldom makes training and good nutrition a lifestyle. He is often a risk taker in other areas of life as well. His steroid cycles are poorly planned and haphazard. Actually, he's pretty ignorant about the science of it all. "Eat clen and tren hard!" is his motto because he heard someone else say that once and it sounded cool.

Maybe he's overcompensating. Maybe he's trying to bolster his self-worth by cowering other men. Maybe he needs a hug from his domineering mommy. For whatever reason, he's weak and broken on the inside.

And he's actually giving steroids a bad reputation. Like alcohol, the use of steroids often enhances and amplifies what's already there. In his case, he had a preexisting condition called "being as asshole."

We should feel sorry for him, but mainly we just want to see him drop a dumbbell on his Adam's apple because he has the personality of a belligerent doorknob. 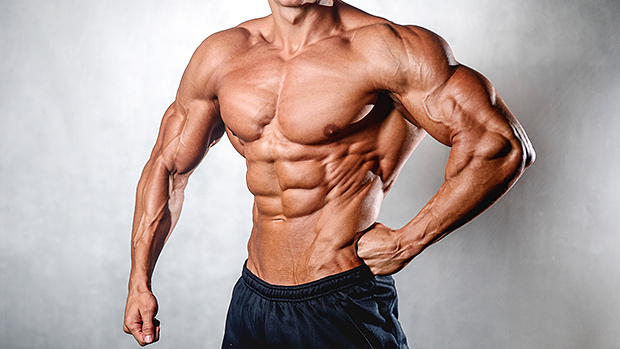 The cheater can possess the traits of both the good guy and the douchebag. What differentiates him is simply this: he knowingly takes banned substances and uses them to get an edge in a sport that forbids their usage.

Look, an argument can be made for drug-using powerlifters and bodybuilders who compete in untested events or shows. "Untested" basically means "use whatever the hell you want." Everyone knows it, and most of the other competitors – at least at the higher levels – are on plenty of performance-enhancing substances too. So they're not "cheaters" in the strictest sense of the word because there's no enforced rule against drugs.

But if someone breaks the written rules and uses drugs... he's a cheater. This gets complex in some sports. Track & field and cycling are full of cheaters. If everyone is cheating, then is it really cheating? Yes, you prick, it's cheating!

But it all gets murky because some athletic organizations turn a blind eye to it, or only pop the low-level athletes to maintain their clean images.

This person uses drugs, lies about it, and tries to sell you their "secret" diet or workout plan (which is usually stupid) on Instagram. They're hucksters preying on those who don't know any better.

The "fitfam" audience has more respect for the bigger or leaner trainers and fitness experts. It's natural. It's hard to take advice from the guy promising "boulder shoulders" if his shoulders are mere pebbles... or if he's just a regular-looking fit guy. Maybe he's a smart cookie with a backpack full of degrees, but that's not enough for the shallow, starry-eyed audience.

So the social media "coach" does what he or she often has to do – uses drugs to look the part and make a living... or a killing. It's not honest, but honesty takes longer to pay off.

Let's get really, really honest here. Your favorite strength coaches or fitness experts have probably at least tried steroids or related drugs. They may be the "good guys" we talked about above. Usage doesn't void a good, experienced coach's training or diet advice. It doesn't always cancel out their work ethic or smarts.

But the social media clown is different. He's often just looking for the shortcut to the fast buck.

It's a Muddled World

I wish steroids and other drugs didn't exist outside of their medical uses. I wish we could look at someone in the gym who's muscular or shredded and not have to wonder if they're natural or not. I wish we could cheer for athletes without all those asterisks dancing before our eyes.

And sometimes, part of me even wishes that steroids could be legalized so we could all just get over it and move on.

But that's just not how it is. The steroid world is gray and cloudy and questionable. And we can't just pigeonhole those who use. They're all just people, and people are good and evil and gloriously strange and fun to watch. So be it.

Testosterone replacement is an issue that concerns most men over the age of 35 or 40. Although these men may feel great, they know, deep down, that they feel differently than when they were in their twenties. Granted, a lot of it has to do with general wear and tear and a host of age-related declines, but some of it has to do with the steady decline in testosterone production.
Living Better, Pharma, TRT
TC Luoma October 29 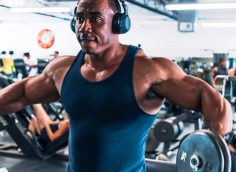 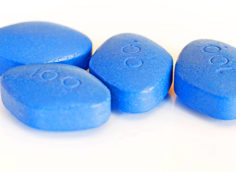 There are plenty of good reasons to use Viagra and its cousins, other than the obvious one.
Estrogen Control, Health & Longevity, Living Better, Testosterone Optimization, Tips
TC Luoma June 30