As you might imagine, almost every secret, or even not-so-secret club, gang, pack, or gaggle has a manifesto, a document detailing all the important information that every devotee should possess. The Christian club has the Bible, the US gang has got the Constitution and the Bill of Rights, and even that Bill Phillips, Body For Life pack has a glossy, estrogen-soaked manual that describes how to place your lips directly onto Bill Phillips' butt while sliding your hard-earned dollars into the front pockets of his freshly pressed chinos.

This makes me wonder what the world would be like if there were a Book of T, The Word of Testosterone, if you will? Perhaps a book like this might, in some small way, negate the damage caused by years of indelibly stamped images of Richard Simmons's flabby thighs in spandex. Perhaps it might also help erase years of erroneous fitness mythology from the memory centers of fitness trainers and exercisers alike.

If such a book were to be written, I might expect that every full-fledged, card-carrying member of T-Nation would have a copy and this holy book would provide information essential to all T-Nation members. Hence this hypothetical introductory chapter, my vision of what the members of Testosterone Nation should know about their namesake.

A Steroid By Any Other Name

Unfortunately, all the aliases serve only to confuse the general public as well as our weight-lifting brethren. So, in an attempt to use a single name for "that group of testosterone-like compounds that make 'ya huge," I reduced the list down to two names: steroids and hormonal bigness. Although I prefer the latter, from here on out, we will, quite simplistically, refer to this class of hormones as steroids simply for brevity and simplicity.

Steroids can be Testosterone itself or one of the naturally produced or artificially produced derivatives of this sex hormone. When we say "derivative," we mean compounds with a relatively similar chemical structure that possess only a few structural modifications. Take the Testosterone ring structure seen below and add a carbon here, take one away there, add an alcohol here, take one away there, and you're forming all sorts of different steroids.

If this chemical modification occurs in the body, then we say that the steroid is naturally produced. The natural production of steroids occur through what we call endogenous (made within the body) Testosterone metabolism. In this pathway, cholesterol goes through a series of metabolic steps to form all of the sex hormones. The eventual pathway to Testosterone includes intermediates such as DHEA and androstenedione (seen below).

On the other hand, the artificial production of steroids, or the production of exogenous (meaning made outside the body) steroids, can occur in a research laboratory, a manufacturing facility, or some black market drug dealer's leaky bathtub.

While adequate production of the endogenous (made by the body) steroids is critical for normal homeostatic function, exogenous (made outside the body) steroids can be used to increase lean body mass, decrease fat mass, increase nitrogen retention, restore sexual function, alleviate depression, and promote a host of other effects, especially in those who suffer from hypogonadism (low endogenous manufacture of testosterone).

With the aforementioned health, sport, and functional links clear, there are several groups of individuals who use steroids, including athletes interested in performance improvement or body composition changes, non-athletes interested in body composition changes or "cosmetic enhancement," and clinical patients. The latter group is, of course, the only group that can obtain a prescription for legal steroid use. Illegal use of steroids, however, is widespread.

• Bodybuilders obviously use them to increase lean body mass while decreasing fat mass.

• Similarly, competitive weight lifters use them to increase muscle strength and nervous system activation, thereby increasing the amount of weight they can lift as well as their explosiveness.

• Even endurance athletes frequently use steroids to combat the decline in endogenous steroid production seen with high volume training, along with wanting to provide some anti-catabolic protection, and to boost blood volume.

Since Joe Weider Invented Bodybuilding, Did He Invent Steroids Too?

I hate to break it to ya but Joe Weider didn't invent bodybuilding nor did he invent steroids. Steroids were "discovered" back in the 1920's. At this time, male urinary extracts were shown to increase the skeletal growth and reproductive development of experimental dogs and roosters.

After some tinkering around with the extracts, the scientists discovered a purified lipid soluble chemical that was derived from cholesterol. This compound was called Testosterone (as it was produced in the male testis).

After more tinkering, it was found that Testosterone wasn't the only substance that would induce growth and development. Other naturally produced compounds could also do the same, including DHEA. These experiments and others also demonstrated that small chemical modifications could enhance the effectiveness of Testosterone when extracted and given to other organisms.

Oral studies demonstrated that the addition of a functional group to the 17th carbon made Testosterone orally active. Without this addition, Testosterone seemed to have no effect. In addition, fatty-acid additions (etherification) increased the biological activity and half-life (i.e. the time that the stuff sticks around in the body) of Testosterone. Again, without these additions, Testosterone would be much less effective, either never making it to the target cells or only sticking around for a few minutes if they did. These new preparations, made way back in the 30's, were the precursors to today's popular Tstosterone esters (again, basic Testosterone with functional groups attached to prolong life) including propionate, cypionate, and enanthate.

The medical community was then made aware of the effects of steroids in the 30's. Of course, shortly thereafter, it was rumored that athletes were getting "the juice" from their doctors. In particular, it's been discussed that German athletes had been given steroid preparations by their team doctors in preparation for the 1936 Berlin Olympic games. Throughout the next decade or two, as doctors and athletes gained more experience with steroid use, the performance and "anti-aging" benefits were becoming evident. As was bound to happen, by the 1950s, a significant number of bodybuilders and Olympic athletes around the world had been reporting dramatic gains with steroid use.

While, back then, steroid use was only associated with a small percentage of the world's athletic population, presently an estimated 3 million male and female athletes in the United States alone have used steroids. Interestingly, despite nearly 70 years of positive feedback on the performance benefits of steroids, it wasn't until recently (within the last five or six years) that steroids were convincingly proven (via well controlled experimental studies) to increase lean mass and strength.

Of course it seems somewhat of a puzzle that so many experts, for so long, insisted that didn't work. The reason could very well be that they were simply trying to dissuade people from using them. After all, why would someone want to use steroids if they didn't work?

In addition, the early research didn't demonstrate the effectiveness of steroids. These studies, many of which demonstrated that anabolic steroids offered no athletic benefit whatsoever, had several design flaws. Many were neither blinded nor randomized, nutritional intake was usually not controlled, and the exercise stimulus wasn't controlled. Moreover, the biggest problem was probably that many of the studies used only small doses (replacement doses or less), unlike the supraphysiological doses (above the normal physiological range) that are necessary to promote positive effects. Regardless of the medical community's lack of support, athletes have known for decades that steroids undoubtedly improve body composition and performance.

The medical community has finally caught up with what the athletes have known all along.

Wanna' know how steroids work and what, exactly, they do? Check back next week for part II. At this point, now that we've introduced some definitions, structures, and a brief history of their discovery and use in sport, we'll give you a week to process this information. Next week we'll talk about how steroids are used, how they work, and we'll discuss the side effects (both positive and negative).

Here's why you need to do a few things that scare the crap out of you.
Motivation, Opinion, Powerful Words, Strong Words, Tips
Eirik Sandvik April 2 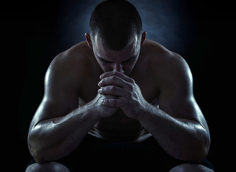 It's a show about fitness that keeps people dumb and in the dark about getting fit. Here's the big fat truth about The Biggest Loser.
Opinion, Powerful Words, Strong Words
Dani Shugart February 5 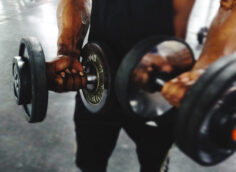