The Truth About SARMs

Q: What’s your take on SARM supplements? Are they as effective as real steroids? Is it true they have no side effects?

A: Let’s get one thing clear: SARMs are not supplements. They’re drugs, just like steroids. They are simply a different kind of drugs.

But the fact that they’re selective means they target the muscles a lot more than other tissues, whereas steroids tend to have an impact on more tissues. This is what makes many believe that SARMs don’t have side effects. (They do.) 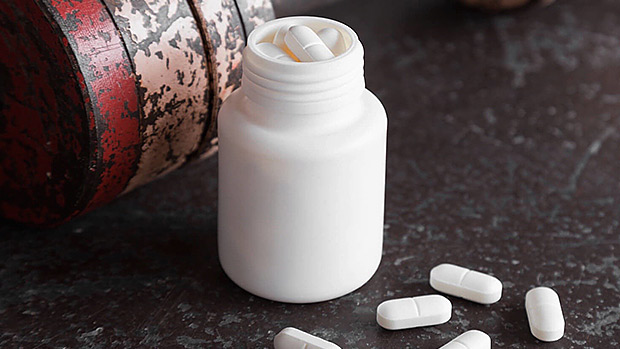 On a milligram per milligram basis, it’s close to being as effective as testosterone. However, the “normal” dose for it is between 20-40 mg per day. That’s 140-280 mg per week. For most people who use testosterone for muscle growth, 400-1000 mg per week is a pretty “normal” dosage and a lot of advanced bodybuilders use dosages in the grams per week.

Now, if you go up to 100-150 mg of RAD140 per day, you’ll definitely have an inhibition of your own natural testosterone production. The body works in a feedback loop and if the androgen receptors are over-stimulated the body will limit its production of androgens.

I do believe that SARMs are less inhibitory than steroids, mainly because most don’t covert significantly to estrogen (which can also be inhibitory) but at an “equal dosage as what is used with steroids” SARMs will definitely cause inhibition.

For example, Dianabol is a really poor binder to the androgen receptor but is stronger than testosterone when it comes to building muscle and gaining strength. That’s mostly because of its affect on cortisol inhibition – either decreasing cortisol production or cortisol binding. Other steroids have a similar impact.

Cortisol is known to cause water retention by increasing aldosterone and vasopressin. Dianabol doesn’t have the same effect – it increases water retention – likely because of another mechanism of action: aromatization into estrogen.

SARMs won’t have that effect. So the more powerful SARMs like RAD140 and LGD4033 might be equal on a milligram to milligram basis as testosterone, but they come up short of other steroids.

But honestly, if you ask any bodybuilders with experience using steroids, testosterone is not a great product to develop an awesome physique (except for their first cycle). Take 500 mg of testosterone alone and you’ll be sorely disappointed with the results. Take 280 mg of testosterone/week and you won’t see that much in terms of additional growth (you will, but you won’t explode with growth). So 40 mg of RAD140 won’t give you a Mr. Olympia physique.

SARMs and Side Effects

It’s not true that they don’t have side effects. They do have fewer side effects regarding prostate issues and blood lipid profiles, mostly because they don’t convert to estrogen or DHT.

But at the same dosage as steroids they’ll inhibit your natural testosterone production, and can cause a significant amount of water retention, increasing blood pressure. Most of the real issues from steroids come from the high blood pressure, which is murder for the kidneys and cardiac system.

While it’s not a SARM – it’s an orally effective peptide – it’s often put in the same boat because it’s sold at the same places and is taken orally (most other peptides are taken by injection).

MK is by far one of the worst products you can take, at least in “normal” doses. It works mostly by increasing growth hormone production, but it increases it for too long, giving you tons of pulses over a 20-24 hour period. As such, it decreases insulin sensitivity really quickly and it will also bloat the f**k out of you. You’ll gain 10 pounds of water overnight and look like a water buffalo.

It’ll make your blood pressure skyrocket too, and it can inhibit your natural growth hormone production because of its super long action.

The TL;DR On SARMs 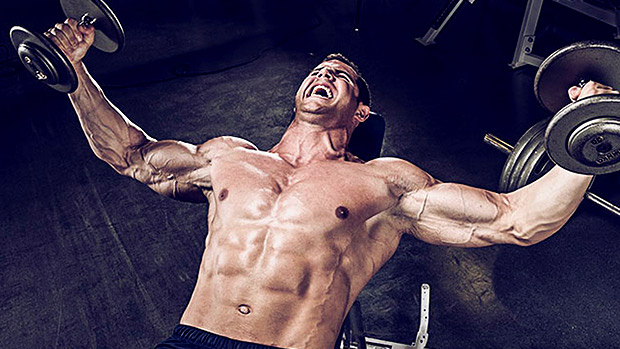 Q: You knew Coach Poliquin pretty well, so what’s your honest opinion on German Volume Training? Is it really that effective? Can a natural lifter do it successfully?

A: I always found it funny that Charles recommended GVT because I doubt that he used it himself.

What’s funny is that Charles once said that his average rep number for biceps was 2.4 reps. He was a low-rep guy. While I don’t doubt he probably used GVT at some point, I doubt he used it often, or for long.

That’s why he eventually modified it and created Advanced German Volume Training. That’s how Charles used GVT himself and with most of his athletes. It was still 10 sets of an exercise, but 3-5 reps per set instead of 10 reps.

But let’s get back to the original GVT for a moment. Is it effective? Well, few programs have the mystique of GVT. It’s been around for over 50 years. It was first used by the German Olympic lifting team during the off-season in the 60s.

Vince Gironda was using the 10×10 system at around the same time and it’s open to debate who came up with the idea first, the Germans or Gironda. While Gironda was a strong anti-steroids advocate (at least publicly) a lot of the bodybuilders he trained in the 60s were using steroids. Larry Scott, Mohammed Makkawy, Rick Wayne, etc.

I’m not saying drugs were the reason why German Volume Training worked, but it must be kept in mind when analyzing the efficacy of the program.

If you’ve been reading my recent work, you know I believe that excessive volume is the enemy of the natural, non-genetically gifted lifter. The more volume you do, the more cortisol you release.

Using a program that’s too high in volume could lead to fewer gains for natural lifters. That’s one of the reasons why a recent study showed better results when doing 5 sets of 10 than 10 sets of 10. You can read TC Luoma’s report on that study here: German Volume Training Fizzles Out.

So let’s first look at the overall volume of a GVT program to assess whether it’s too high in volume. In the original GVT program you have two alternating exercises (A1, A2) for 10 sets of 10 reps. Then two more exercises done for 3 sets of 10-12 reps.

When you read the Russian weightlifting literature, 100 reps in a workout is a VERY high volume. So 272 is almost lethally high. Okay, maybe not that much, but it’s a lot.

Some people can handle it. Few can grow optimally from it. Don’t forget that if Charles had one “weakness” it was that he worked with the genetic elite almost exclusively. He admitted that was his shortcoming, and said some of his material needed to be adapted.

If you work with a young athlete – full of natural testosterone, no family or job, great genetics, very little life stress – he can likely gain well from GVT. But the average Joe who’s natural, older, has a stressful job, etc., won’t be able to progress well on that system. If you’re on drugs, go for it… if the boredom doesn’t kill you.

Charles’ adaptation (10 sets of 3, 4 or 5) is much better because the volume is 50-70% lower. Much less cortisol will be released. But if you go that route, you should be conservative with your weight selection. A set should never be more than an 8/10 on the RPE scale – leave about 2 reps in the tank.

Your first few sets might be a 7/10 and the last five sets 8/10. If you go balls-out, you’ll have a hard time recovering neurologically because you’ll either deplete dopamine or desensitize the adrenergic receptors. The next day you’ll suffer from workout hangover.