In Denmark, 342 fitness centers participated in an anti-doping program. If you were a member and your physique looked just a little too damn good, they tested you for steroids. If you failed, your gym membership was suspended for two years.

545 men temporarily lost their bench-pressing privileges during a 12-year period between the years 2006 and 2018. Yeah, I know. It sounds a little Handmaid’s Tale-ish. I wouldn’t be surprised if the sinners were sent to reeducation camps where they were forced to wear long red robes and white flying-nun hats.

Anyhow, some concerned Danish researchers decided to study some of these temporarily banished gym goers to see if their steroid use had any adverse effects on their health. Turns out their concerns might have been at least a little well founded.

That means the stats from the Swedish study might have been a bit skewed. While many of these men may well have died because of steroid-related medical problems, some of them could well have been beaten up, shanked, or, like Vacaville Prison inmate Nicholas Anthony Rodriguez, sawed in half and disemboweled, which, if I’m going to be fair, could have just been another routine wood shop accident.

Obviously, prison life comes with a set of dangers that are different from ordinary, non-prison life.

Also, we need to ask if steroids themselves lead to risky behavior that results in hospital admissions or death. Or, maybe it’s just that people who make the decision to use steroids in the first place have an innate, risk-taking personality.

I’m wondering if it’s like the people who drive BMW’s. They’re always cutting me off in traffic or tailgating me. I look back in my rearview mirrors and see their angry, red ferret faces, hands clenching the steering wheel with murderous intent. Did buying a Beemer turn them into an asshole, or is it something about being an asshole that makes them want to buy a Beemer?

The answer to both the Beemer question and the steroid question is yet to be resolved. However, there are clearly a bunch of non-behavior related problems associated with steroid use/misuse, most often cardiovascular or liver-related.

That being the case, there are several things a steroid user can do to mitigate some of the potential dangers. 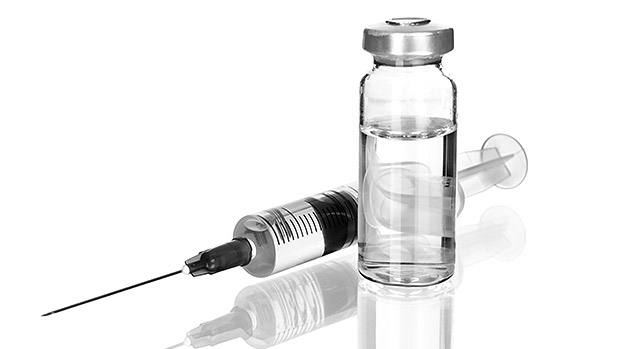 9 Things You Can Do to Make Steroid Use Safer

Find out why Uncle Bob, Uncle Ed, and Uncle Julio all died in their forties and early fifties. If they were all shanked or disemboweled in prison, fine, but if they died of cardiovascular disease, act accordingly. Either use very low dosages while living a scrupulously clean lifestyle, or forget about the cycle entirely.

At the very least, have a doc check your blood pressure and red blood cell count before you start, and then again at regular intervals. Having a stroke affect one half of your body and forcing you to do weighted carries in very small circles and only in one direction might be frustrating and counterproductive to making gains.

Lose some excess weight so your heart doesn’t have to work so hard. Also, if you have less fat, your steroids will give you more bang for their buck, as less of them will aromatize into estrogen.

Don’t go into it blind. Know something about the steroids you’ll be using. Are they more androgenic than anabolic? If so, they’ll be more likely to make your hair fall out or for you to grow breasts – small, anorexic fashion-model sized breasts, coquettish even, but breasts nevertheless – and you’ll need to take other drugs to ameliorate those effects.

Most steroid users plan their cycles on what and how much is available. Not smart. Not prudent. Know how much you’re going to use and for how long beforehand.

You’ve read that the average pro bodybuilder uses up to 3 grams of anabolic steroids a week, but they ain’t role models. Most of these guys probably won’t live anywhere close to statistical averages for non-abusers, at least not without heroic medical interventions.

Go for moderation. The lower your dosage, the safer you’ll be.

6 – Avoid recreational drugs during your cycle.

Steroids often cause you to get overly ballsy and take stupid chances. Caution is not only thrown into the wind, it’s hurled into the vortex of a category F5 tornado. You may end up using stupid amounts, and some combos of steroids and recreational drugs gang up together on the heart.

Think twice about risky behavior in general. Avoid fights, don’t jump into unknown bodies of water, and don’t retaliate against aggressive people who drive Beemers. ‘Roid rage ain’t real, but if you have a propensity to act ass-holish, steroids might bring it out.

Philosopher Blaise Pascal said, “All of humanity’s problems stem from man’s inability to sit quietly in a room alone.” Consider abiding by the spirit of his warning by doing whatever it takes to stay out of trouble.

7 – No injections if you have cold sores.

Viruses inhibit the immune system, and the last thing you need is to wake up with a huge mass of gangrenous flesh that corresponds with the location of your injection site.

You’re already presumably eating a lot of protein, which dehydrates the body. Adding in steroids can make the problem worse and you don’t need to make things harder on the heart. You don’t have to carry one of those stupid two-gallon jugs around so everyone thinks you’re a moron, but make sure to drink plenty of water.

9 – Do cardio, or heart-work in general.

Recent studies suggest that weight training is better for the heart than cardio. Regardless, other studies have shown that conventional cardio or endurance training ameliorates some of the dangers of steroid use. Add in some of the latter mode of heart-happy work since you’re already weight training. Might as well play it safe.