I should rephrase that. They noted that ONE man with metastatic prostate cancer lived longer when he was castrated (1). That's right, the effects of castration on one poor bastard's prostate cancer led several generations of doctors to assume that it was testosterone itself that promoted the disease. Mind bogging, isn't it?

The truth is, men with low testosterone don't have anything to fear from TRT (testosterone replacement therapy). It won't increase their risk of developing prostate cancer. Consider the analysis of more than a quarter of a million records of men in Sweden that was released at the annual meeting of the American Urological Association in San Diego, California in 2016.

It's long been thought by the general public that men with male pattern baldness have higher levels of testosterone than their well-coiffed counterparts. They don't. In fact, they have the same amount of testosterone as men with full heads of hair.

However, that's only in men genetically pre-disposed to baldness. But even with men who are so predisposed, most of that seems to stabilize in their 30's, so it's highly doubtful that testosterone will make things any worse.

Lie 3 – Testosterone gives you big muscles and hefty erections, but it won't matter because your heart will stop.

A couple of years ago, the FDA became worried about testosterone. Most of their worries stemmed from a single study that appeared in the journal PLOS One (3).

So let's throw that study aside, preferably over a bridge and into a raging river. Consider that about a month before that study was published, The Journal of the American Heart Association published a meta-study that compiled the results of over 100 studies on testosterone and heart health. They found, unequivocally, that higher levels of testosterone were essential to heart health.

But let's look at one more study, just to put your mind at ease. Three years ago, researchers at the Intermountain Medical Center Heart Institute recruited 755 heart patients between the ages of 58 and 78 who also tested low in testosterone. 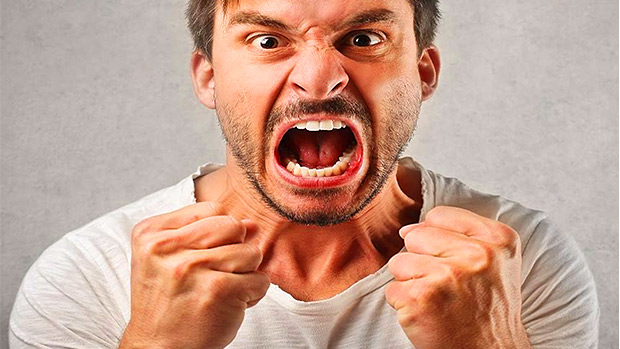 Lie 4 – Testosterone will cause you to kill your parents and run over small woodland creatures.

Dr. Christina Wang of UCLA found that men with low T were likely to be snarkier and more aggressive than men with high T, but once the snarky ones received T replacement, their attitude and anger disappeared (3).

There are exceptions to this, though. Improper usage (very high doses) of testosterone or steroids could elicit aggressive tendencies ("roid rage") in men that might be predisposed to such behavior. Likewise, socioeconomic status can play a role, too.

Lie 5 – Men should only be treated with testosterone if their blood levels are low.

Most doctors don't measure testosterone levels. Historically, it just hasn't been part of the standard health panel of drug tests, but it damn well should be.

If they do measure testosterone levels, however, they'll almost always measure something called "total testosterone," which is, as the name implies, a measurement of the total amount of testosterone flowing through your veins.

The numbers might range anywhere from 300 to 1100 (nanograms per deciliter of blood). The trouble is, it tells you almost nothing about your hormonal status. For one thing, blood values of testosterone vary by the minute.

The only way to get a reasonably accurate reading would be to collect urine over a 24-hour period and have the lab use it to measure testosterone and its metabolites. Alternately, you could donate at least three blood samples from different times of the day. The lab would then pool the samples together and test that sample.

But those ways are more expensive, more time consuming, and more inconvenient. And even if you did pool multiple blood samples, it still wouldn't tell you much. For one thing, even though the results might indicate that you have a "normal" level of testosterone, it might not be normal for you.

Or maybe you had a reading of 1,000 in your twenties, but now you're getting by on a comparatively low level of 400. While 400 is considered normal, it might not be an optimum level for you. The only way you'd know what was normal for you is if you'd established a testosterone baseline reading before you turned 30, but hardly anybody does that.

Then there's the issue of steroid hormone binding globulin, or SHBG. It's what's called a glycoprotein and it literally binds up the sex hormones, including, on average, about 60% of your testosterone, and that percentage keeps climbing as you grow older.

The more SHBG you have, the more of your testosterone is bound up, leaving less of it free to do all the good stuff. So while your testosterone level may be as high as 600, a good portion of it could be locked up.

Determining normal T levels is tricky, so regardless of what your lab values are, and given the problematical nature of the lab tests, you have to instead rely on symptoms and the simple desire to be more than you are, hormonally speaking. 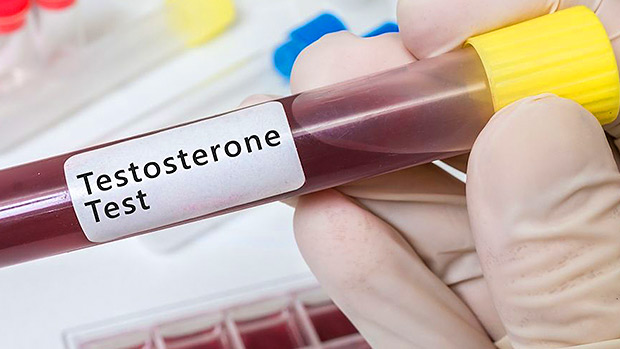 Lie 6 – The main symptom of low testosterone is finding a soft linguini noodle in your pants.

While many men first seek out TRT because they're having trouble with erections or experiencing a diminished sex drive, there are plenty of other symptoms of low testosterone.

There are the usual ones like low energy, an inexplicable increase in body fat or belly fat, and depression, but also something much more subtle and rarely addressed: A failure to take the initiative in situations where it's called for.

They might not get the jobs they wanted, the women they loved (probably from afar), or even something as mundane as a parking spot close to the deli because they lost out to people who were just a little bit more assertive; a little bit more willing to take the initiative.

If you find yourself constantly losing out and berating yourself because you didn't take action when you wanted to, it might just be a case of low-testosterone induced lack of confidence.

Generally, the only hormone lay people associate with women is estrogen, but the testosterone level of a healthy woman is about ten times greater than her estrogen levels. Testosterone actually plays a huge role in women's health, psyche, and libido, just as it does in men.

And, just as in men, low testosterone levels in females can lead to problems, including a decrease in bone and muscle mass, a gain in body fat, and decreases in sexual desire and energy.

However, it's imperative for women to work with a physician skilled in testosterone replacement. Over time, higher-than-desired doses could lead to unwanted side effects such as the growth of body hair or growth of the clitoris.

The latter could be a positive benefit as it could very well increase sexual pleasure, but large doses, over extended periods, could lead to extreme growth of the clitoris with unpleasant social repercussions. More details here: The Female Low Testosterone Epidemic

Lie 8 – Testosterone replacement will make your testicles shrink, you'll be sterile, and there'll be no one to carry on the Wojohowitz name.

There's an element of truth to this lie. If you introduce additional testosterone into your body, your own supply is suppressed and the clearance rate increases. As a result, the testicles may take a vacation and actually shrink.

Simultaneously, the production of sperm cells will slow or stop. This is why the World Health Organization was thinking about recommending the use of steroids as a male contraceptive a few years back.

What the fear mongers don't tell you, however, is that these side effects are temporary and that the testicles almost always rebound within a few weeks of cessation.

However, in the case of stubborn testicles that don't want to come back from whatever sunny shores they're vacationing in, they can be coaxed into duty by the use of drugs like Clomid and HCG.

From fitness celebrities to reality stars, augmented asses are everywhere. Here's how they do it and how to spot the pretenders.
For Women, Glutes, Opinion, Strong Words
John Romano March 6

This no-holds-barred advice for powerlifters also applies to anyone who wants to lift heavy and get better. Check it out.
Opinion, Powerful Words, Strong Words, Tips
Dave Tate June 7