Being innovative in the gym is great, but there's a point where it goes off the deep end. And if you're putting it up on social media, just admit that you're an attention whore.

It's true that some women do silly combination movements, like lateral raises and lunges at the same time. But that's not nearly as bad as the stuntmen who like to show off with insanely stupid exercises. Really, they're not even exercises; they're circus tricks.

The average gym bro who does weird shit knows it. Do you see anyone jacked hanging upside down from the leg press swinging a kettlebell around? I don't either. So why are you? What muscle group is it that you're working exactly? If you've got bands, chains, kettlebells, milk jugs, and the dwarf from Game of Thrones all attached to a barbell then you either don't know what you're doing or you're attention seeking. 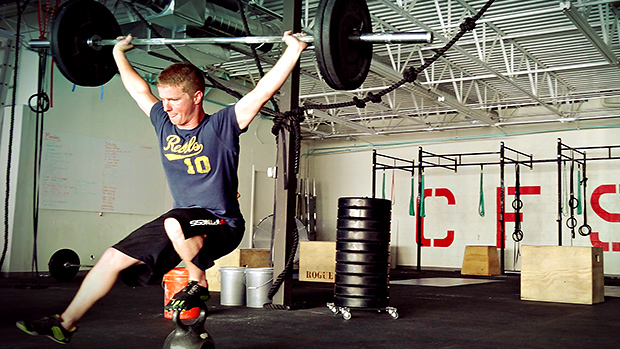 The functional strength cult has really cornered the market on this. Even worse, I've seen coaches talk about how beneficial some movements can be if done on an unstable surface.

I don't know the specific numbers here, but a high percentage of our life is spent on a stable surface. And athletes play most sports on a stable surface. Not to mention, if you want to actually help a lifter improve with what he or she is doing in the weight room, then get them leaner, stronger, and more mobile. None of these accomplishments require an unstable surface.

I suspect that a lot of coaches invent weird shit to make their training techniques look edgy and far too elite for the general public. But no matter how "advanced" it may seem, if it doesn't make you stronger, hotter, or more athletic, then it's a total waste of time.

Not to mention the risks associated with weird inventions. If you break your foot doing a nonsense lift, then you'll end up having to miss workouts. And if you're promoting nonsense lifts to the general public, then you're just asking for a following of injured fans... or a following of people laughing at you and pretending to be your fans.

No one is a bigger example of this nonsense than a coach of former NFL player, Adam Archuleta. The guy who trained him had him do stuff like drop from ceiling height into a push-up position. Achuleta put on quite the show at the NFL combine, then proceeded to be a bust on the NFL field. Maybe if there was a part of an NFL game where being dropped from the goal post had a point value for the game his training would've had merit.

Innovation within reason can break up training monotony and inject some fun into training. This can be extremely motivating. Just don't become a total ass-clown about it. 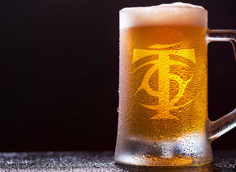 Most lifters drink at least a little bit, but they feel a bit guilty about it. Most of that guilt might be unwarranted. Here's why.
Health & Longevity, Living Better
TC Luoma July 10

Low T is associated with a higher death rate. It also makes you fat. Here's why you should pay attention to testosterone levels.
Living Better, Tips, TRT
TC Luoma November 30