Clueless in the Information Age

Why is it that despite the massive proliferation of lifting information available now, there are still men in the gym who clearly couldn’t buy a clue when it comes to what they should be doing?

Just for fun, try this: bring up Google, type in “weightlifting” or “weight training” and run a general search. That took all of ten seconds. So with all this free info out there, what’s with all the guys who don’t train legs? What’s with all the mega sets of biceps? Why are all the pulldown stations full while no one can do a damn chin-up? Half benches? Quarter squats? 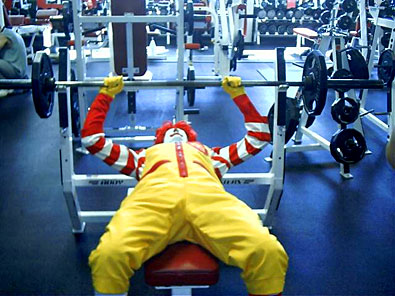 Long before Al Gore invented the ‘Net, people trained and they trained right. When I began my journey in strength sports, there was no T-Nation, no online forums, and a lot fewer gurus than there are now. But in the gym we knew there was a right way and a wrong way of doing things.

Every online hero says he squats “ATG” or ass-to-grass. Bullshit. That’s not what I’m seeing. I see a lot of head-bobs on squat machines and the leg press; lots of plates loaded up and barely moved with much screaming and moaning; lots of show, no fucking go.

And deadlifts? Don’t even bother. You’ll be lucky to find a gym that even allows them.

I’ve trained at three local commercial gyms in the past six months and one private facility. I was spoiled at the latter because it was owned by a guy I knew. Usually when I was lifting there was no one else around. After a while though it was back to reality and training in public.

I’m not the strongest or biggest guy, but I am above average. I’ve achieved a lot of the goals I’d set for myself in Highland Games (including competing at the National Championships) and dabbled in powerlifting and strongman. 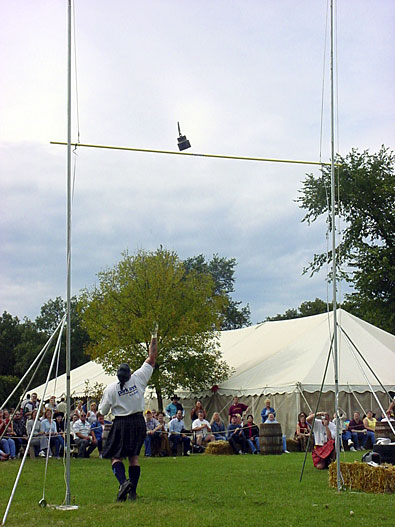 When I squat, I front squat because of disc problems in my neck, and I do them right. When I bench, the bar touches my chest before I press it back up. If I do dumbbell work, my elbows break parallel. I’m in the minority.

You might say, “Not here you’re not,” but I beg to differ. If that’s true, most of the people here must lift in their garages. Lucky them.

I’ve trained at the first commercial gym off and on for years. There are lots of the same guys there, mostly older guys like me, late 30’s, some in their 40’s and 50’s. Unfortunately, there are a bunch of plate-loaded machines.

You see this guy on the street; he hobbles around so slowly he looks crippled. Couple of years back he was impressed with the Blast Straps I had, so he ordered a set. Unfortunately, he didn’t read any of the articles because he uses them exactly the same way as everything else, only now it’s quarter reps with body weight.

All this info right at his fingertips — stuff that might get him walking at a gait faster than a glacier recedes — but nope, he’s not having any of it.

The second gym gave me some hope. It wasn’t busy, but it was big and they had a platform and bumper plates! Huzzah! Of course, they closed down two weeks later.

I thought that my old gym was the official Home of the Half-Rep™ but I was mistaken. The place I’m currently at is close to home and has great hours, but it’s commonly known as the place to go and “meet people” — a place to see and be seen. Also, it’s apparently a place to go and train like crap while lying to yourself the entire time.

The most common range of motion on any kind of press would be equivalent to a five-board, which would be fine if it was being done by powerlifters actually using boards with the specific purpose of training to use a bench shirt. But no, here it’s an ego boost designed to increase the number of plates on the bar without actually getting stronger. 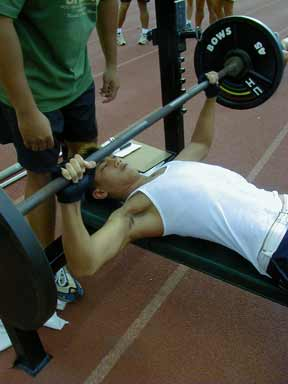 Why? Why do they lift this way? Don’t people want to actually be strong, get bigger, and get into better shape? Isn’t that really why we’re all there?

I want to ask them, but two things stop me. Number one, I’m busy doing my own thing. It’s frustrating to see, but I care more about my own training, thanks.

Number two, I’m worried that the answer will be more irritating than what led to the question in the first place. And I’ll bet the majority has no idea that what they’re doing is straight up shit, and if they do, they’ll deny it with every fiber of their being.

So, look at yourself in the mirror. Are you that guy? Are you really squatting low? When the weights get heavy and the reps go down, are you stopping a bit high to make it just that much easier?

Is it fear? Ego? Are your elbows not breaking parallel when you bench? Are you the guy who just lifts the bar off the pins, puts it back, and then claims a 500-pound bench?

If you’re that guy, knock it the fuck off! Drop some poundage and do this stuff right. There’s no excuse. You’re just lying to yourself.

Strength, size, fitness… it’ll all come. And when you get that big squat or bench, it’ll be that much more worthwhile, because it’s done right.