A Long Time Ago in a Gym Far, Far Away…

Back in the early days of bodybuilding, there were only a handful of gyms that catered to people who wanted to build muscle. It was a weird little subculture.

And while there were a few magazines dedicated to lifting, most wannabe big guys learned from the more experienced lifters at the gym. Our fathers and grandfathers had to walk up to a fella with big biceps and say, “Hey, how do you work arms?”

Long before science pointed its EMGs at muscle tissue, people learned to lift by word of mouth. An exercise, training method, or programming strategy would go viral. Everyone would try it, and if it worked it would get passed on. Not a bad way to test out training ideas actually.

Now it’s different. Everyone is resistance training in one way or another. And thanks to everyone from Arnold to Dwayne Johnson, most guys want to build muscle, even if they don’t want to be a “bodybuilder.”

Today, there are thousands of big guys and buff women out there offering advice. Should you listen to them? Maybe. But it’s tricky.

Ah, the 800-pound gorilla in the room. He has to be acknowledged first. Sometimes, of course, the biggest dudes are injecting and swallowing more drugs than a 90’s grunge band. That’s fine, I’m a libertarian when it comes to that topic, but steroids and related pharmaceuticals do change a few things.

As Christian Thibaudeau has written, steroids allow the augmented lifter to have an enhanced level of protein synthesis 24/7. If he trains with too much volume (tons of sets, reps, and exercises) he’ll still grow. If he trains with too little volume, he’ll still get decent results. If he wipes his butt twice after taking a dump instead of just once, he’ll add half an inch to his forearms. (Okay, mild exaggeration there…)

Steroid users hate it when someone says this, but it’s true: everything comes easier with steroids. Anabolic steroids allow for a lot of leeway when it comes to training and diet.

So a steroid user’s workout plan probably isn’t going to work for an all-natty guy, not for long at least. And his fat loss advice will cannibalize your muscle mass. His bulking diet will make you fat and sloppy. His grooming advice will leave you with frosted tips. You get the idea.

Though it’s not always the case, some steroid users don’t actually know a lot about lifting and nutrition. The drugs have encouraged them to remain uneducated, especially if they started using when they were young. Hey, why learn more about training and diet if everything you do is working great? Natural lifters have be more diligent about programming, nutrition, and recovery.

Of course they do, and they certainly work hard – the drugs help with that too by accelerating recovery and inhibiting the action of cortisol. But even staying motivated is easier because they see rapid progress and quick rewards for their hard work, at least compared to the natural lifter.

They can get away with questionable diet and training choices for a long time. You probably can’t, so take their advice with a grain of salt… or a gram of test.

Sometimes the biggest guy in your gym could work a side hustle as an X-Man. He has a naturally high testosterone level, his anthropometry was practically custom-made for muscle growth, and he may even have a real-life mutation involving myostatin, a protein that regulates muscle growth in regular humans… but not in him. Lucky bastard. 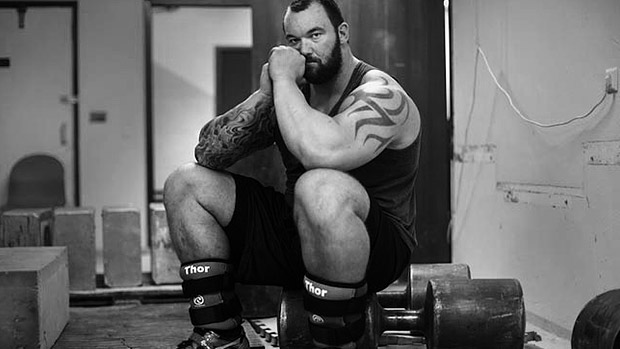 Much like the steroid users, the mutants aren’t always the best people to turn to for advice. It’s like asking the naturally skinny guy for diet tips. He eats junk food, doesn’t go to the gym, and stays lean. But follow his diet advice and you’ll get fat.

My friend Greg has massive calves. He doesn’t even train calves and still can’t buy boots that fit over them. His best calf training advice might be, “You don’t have to train them. Just do big compound lifts and they’ll be big.” Shut up, Greg.

Don’t listen to Greg. Instead talk to the guy who started with skinny calves and figured out how to build them up to a decent level.

And sure, there are mutants out there who know they carry the X-Gene, and they can make good mentors or coaches if they keep this in mind. Just don’t expect Hafthor Bjornsson’s workout plan to turn you into The Mountain.

There are a few pros out there who are actually great coaches, they really know their stuff, but not too many. Some of them can only tell you what THEY do in the gym. The pros are a combination of the first two categories – genetic outliers who also use steroids – so keep that in mind when they dole out advice. 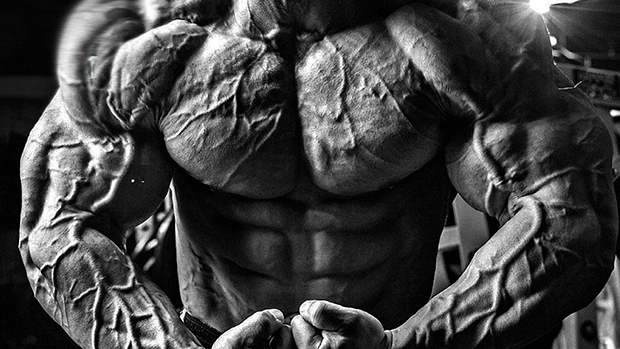 A writer for a bodybuilding magazine once asked a famous pro how he builds his gigantic arms. The bodybuilder, being completely serious, demonstrated a curl. “I lift the bar up like this, then I bring it down like this. I do three sets of 10.”

Yep, the most generic biceps workout on the planet, one that all of us have done…. and yet for some reason we don’t all have 23-inch arms.

Back in the day, everyone looked forward to reading about the routines the pros used to get ready for the Mr. Olympia, Mr. America, or Ms. Sweetwater, Texas. And of course many wide-eyed fans with nine months of training experience would adopt these routines. Yeah, that didn’t go well.

What a pro is doing today is very different than what he did to get to that point, and the smart ones always tell you that. Yet we still see pros selling their Mr. Whatever workout programs to natural newbies on social media. Bad investment.

The Big Guy with the Blind Spot

Leroy was another guy with great biceps. It was like someone had ripped the arms off a 250-pound bodybuilder and slapped them onto Leroy’s fat-free, 200-pound body. Naturally, everyone asked Leroy how he trained his arms.

Leroy would outline his biceps workout, which was plain vanilla: a few different type of curls, nothing over the top or special. But Leroy left something out.

Before every single workout, no matter what body part he was training that day, Leroy did a couple sets of narrow, close-grip chin-ups. He considered this part of his general warm-up.

This happens sometimes with big guys. They can have a blind spot. They don’t always know exactly what they’re doing to get great results, or at least they have a hard time telling you. A lot of what they do is instinctual and assumed on their part. Not every great athlete is a great coach.

It’s not all bad. The big guys can also be invaluable resources.

In the Trenches Experience

We love the science-side of building muscle. We want to see the studies, and not just the abstracts. Science can teach us a lot; it can confirm or debunk our beliefs about training. It can even bring new training methodologies to light that we never even thought about before.

But the big guys with years of experience have already figured out what works and what doesn’t. They’ve tried it all and they’ve dumped what didn’t work. Sometimes they’re decades ahead of the studies.

Read the studies if that floats your boat. But the latest discovery about “supra-maximal eccentrics and its effects of mTOR production” was probably described by some meathead in the 1950s: “Do a cheat rep and a really slow negative until your eyes bug out, then we’ll go to the malt shop.”

They’ve Been Around, Seen Some Things

Can’t get your legs to grow? There’s a big guy out there who’s had that same problem. Bet he could offer you some advice.

Can’t eat enough? Many big guys actually have small appetites. Ask them what they did to get around that.

Deadlift stuck at 225? So was the deadlift of every big guy who now pulls over 600. Talk to him.

Big guys can help you cut through the confusion. Their advice may seem simple, but simple is probably exactly what you need. 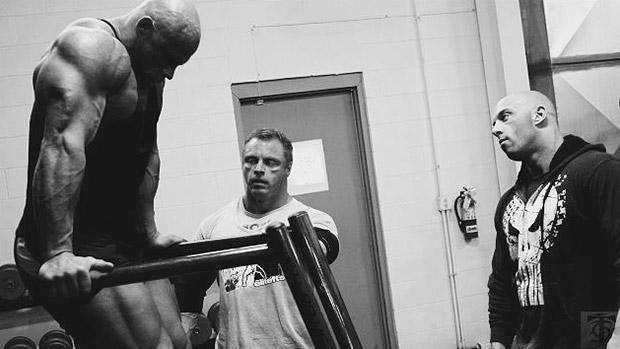 Ask THIS Guy for Advice

Is there a perfect “big guy” out there whose advice you should take? Yes, and many of them write for T Nation. If you’re looking for a mentor or just need to know if the big guy at your gym is worth talking to, here’s what the perfect candidate would look like:

So, Do the Big Guys Know Their Stuff?

Sometimes. Listen to what they have to say. Just don’t be blinded by their biceps.

And sometimes listen to the not-so-big guys too. Often the person with average genetics who has put in his gym time and done his research is a valuable source of info too… even he can fit through the door of the gym without turning sideways.