Amber is at the gym and decides to take a quick selfie. You know the one: tilt the hips just right, lift the shirt, maybe tug down the Lululemon Wunder Unders just a little. Click, apply filter, post. Instantly, hundreds, maybe thousands of people will see the photo. 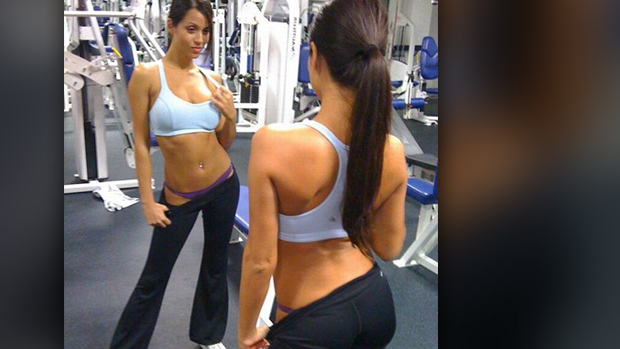 Amber does this a lot, and sometimes she gets her friend to take a video of her doing an exercise too. Ask her why she does this and she’ll probably say one of two things:

What she probably won’t say is that she enjoys the attention. All that other stuff may be true, but it’s also an attention grab. And hey, maybe that’s okay. Who doesn’t like positive comments and the occasional unsolicited dick pic from a foreign dude?

But what Amber may not know is that about half of the people who see her photos and videos don’t get motivated or inspired at all. In fact, they may feel the opposite.

A new study published in the journal, Health Communication, dug unto this topic. In a nutshell, the study concluded that seeing fitness-related posts on social media had mixed results. Some viewers are motivated by them; other people aren’t and may even feel worse after seeing them.

Professor Stephen Rains, co-author of the study, said, “When people received more posts about exercise, it made them more concerned about their weight – more self-conscious – and that’s not a good thing.”

Being self-conscious isn’t always a bad thing. And convincing overweight people they should feel fine about their time-bomb condition is malicious. Sure, you don’t call them nasty names. But you can’t post a photo of yourself if you’re in shape because some people may think about their own bodies? You don’t have to RSVP for that pity party.

It’s perfectly natural to have an “unhealthy body image” if you really do have an unhealthy body. Awareness and being conscious of self is the first step to doing something about it.

Now, there are some interesting nuances here when it comes to the findings of this study.

The Two Types of People

In the study, the researchers noted that the psychological effects of seeing fitness posts on Instagram and Facebook are more pronounced if the viewer is part of the same peer group or circle of friends as the poster.

But their reaction – whether they’re motivated or unmotivated – also depends on their pattern of thinking. This is related to something called “social comparison theory.”

Basically, it’s when we determine our worth by seeing how we stack up against others. We compare ourselves and decide if we’re “better” or “worse” than those around us, or those we see on the internet.

One type of person makes upward social comparisons. This type is looking to get better and compares himself to those who are more successful than him – more fit, more athletic, better abs, or bigger muscles in this context.

If this person aspires to be fitter, he’ll be motivated by most gym selfies, workout videos, and exercise-related social media posts. He’ll think, “I’m not there yet, but this ripped dude on Instagram is a lot like me, so I could reach his level if I try!”

The second type of person makes downward social comparisons: he compares himself to those who are worse off to make himself feel better. He may think, “Well, I’m getting a little chubby, but at least I’m not like Steven! He’s 50 pounds overweight! Ha ha, Steven is fat.”

The downward social comparer may not be motivated by your gym photos and mirror selfies, but he may become more concerned about his weight. The study’s authors didn’t think this was a good thing, but maybe they’re just being politically correct sycophants.

What Do I Do With This Info?

This info gives us a few things to think about:

First, figure out if you habitually make more upward or downward social comparisons. Remember, these comparisons should involve your peer group or people you can relate to. (Comparing yourself to Mr. Olympia when you’re a 50 year old lifetime natural doesn’t work.)

And what if you’re the social media purveyor of ab shots and deadlift PRs? Well, if that keeps you accountable and you enjoy it, then go for it. Those who are motivated by your posts will keep following you. Those who aren’t motivated will either unfollow or troll you. And you can always block those turds.