There are two schools of thought when it comes to setting and reaching a goal:

Both schools of thought are correct because it comes down to the individual. Both methods work depending on your personality type.

A study published in the Journal of Interactive Marketing looked at the role of virtual communities and fat loss goals. Researchers found that "individuals are more likely to achieve success with such goals when they make a public commitment to achieving them."

So instead of telling their families, friends, and coworkers, the people in the two groups studied (groups with surgical and non-surgical weight loss goals) went public but remained semi-anonymous over the internet. Think Facebook groups, Instagram posts etc. The study lasted for four years.

The participants not only reported their achievements by posting things like progress photos and "before and afters," they also reported their struggles and setbacks. Motivation increased as did accountability. As the researchers noted, "...social identity motivates public commitment in support of goal attainment."

Virtual support communities work. If you're trying to build muscle, lose fat, or set a new PR, you'll be more likely to do it by finding a like-minded group on the internet and going semi-public with your intentions. Then, use that community to discuss your achievements and failures.

And maybe it also means that we shouldn't be too tough on all those people sneaking in a selfie at the gym. It could be the very thing that's keeping them on track. (Just don't take those selfies right smack in the middle of the free weights area, okay?)

If you aren't too comfortable sharing your progress photos on social media, head over to the T Nation Forum. You'll find thousands of people who share your goals that will cheer you on, offer advice, and maybe kick you in the butt when you really need it. And we all need that sometimes. 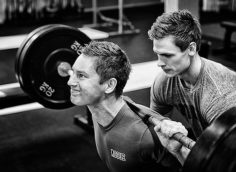 It takes extreme muscularity to make it to the top. And many bodybuilders take extreme measures to win... and even to get third place. Is it worth it?
Bodybuilding, Living Better, Pharma, TRT
Chris Colucci October 28 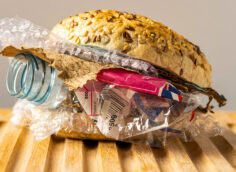 Microplastics seem like another fad boogeyman, but they could be part of the reason you're struggling with your health and weight. Info here.
Health & Longevity, Super Health
Dani Shugart May 24
The Armory: Anti-Estrogens and Aromatase Inhibitors
Living Better, Pharma, TRT
Cy Willson March 30