Sooner or later, men who are into strength and/or muscle start to think about tinkering with their natural testosterone levels. It comes with the territory. However, hormonal manipulation generally brings with it the deep-seated fear that it’s going to cause our prostates to swell to Hindenburg-ish proportions.

5-alpha reductase-inhibiting drugs like finasteride and dutasteride can help by preventing the conversion of testosterone into DHT, but they can have serious side effects like orthostatic hypotension (low blood pressure when you stand up), decreased libido, and even erectile dysfunction.

There appears to be a safe alternative, though. Scientists, for the first time, have published a study on the protective effects of pycnogenol, a pine bark extract, on prostate growth. 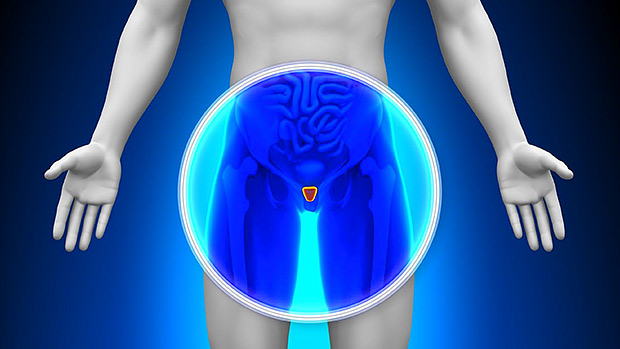 Pycnogenol is a polyphenol that’s long been touted to control glucose levels and increase nitric oxide levels, which means that it’s good for fighting diabetes and strengthening erections.

Impressive, but a group of Korean scientists wanted to know if pycnogenol would also cause a reduction in DHT concentrations. To test their theory, they procured a mischief of Sprague-Dawley rats and divided them into five groups:

The rats that received testosterone propionate had significantly larger and heavier prostates than the rats in the normal control group. The rats that got both testosterone and pycnogenol had significantly decreased prostate weights, which were comparable to those in the finasteride-treated group. The 40 mg/kg of pycnogenol group showed particularly favorable results.

“…the oral administration of PYC (pycnogenol) in rat model of BPH (benign prostate hyperplasia) significantly decreased the weight of the prostate and prostatic hyperplasia, which resulted from lower DHT concentrations in the serum and prostate,” concluded the researchers. “Our findings thus strongly suggested that PYC may be a useful agent for the treatment of BPH.”

There are a couple of potential problems with this study. For one thing, it was done on rats, but it would be kinda’ unethical to artificially balloon up human prostates, so we’re stuck with the rats. Still, chemistry is chemistry, and rat testosterone/DHT is no different than human testosterone/DHT.

Secondly, the pycnogenol doses used in the study were rather large. The equivalent daily dosage for a hypothetical 150-pound man would be a little over 2700 mg., which equates to a small handful of the average-dosed, 200 mg. pycnogenol capsules.

Of course, the researchers also testosteroned the hell out of the rats, giving them the 150-pound human male equivalent of almost 3 grams a week. Contrast that with the 100 to 200 mg. that’s commonly prescribed to males for the purpose of testosterone replacement.

Other studies involving pycnogenol, albeit for other purposes, used far smaller daily dosages. For instance, one found that two daily 40 mg. doses was effective in treating erectile dysfunction, and another found that 200 mg. a day was useful in treating high blood pressure.

Personally, I’m betting that two daily dosages of 200 mg. would effectively cover my DHT bases, thus helping prevent hair loss (which is also related to DHT levels) and BPH while also augmenting erectile strength. Fixing or curing an already-enlarged prostate might take heftier doses, though. As is nearly always the case, more research is needed.