There's an unwritten rule about dating people at your gym. Here's the rule: Don't.

Why? Well, something about not pooping where you eat. But on the other hand, the gym is a social environment full of people with whom you have at least one thing in common. Plus, there's lots of skin showing, grunting, and bending over. So, mating behaviors naturally occur.

According to one British survey of 2000 gym-goers, 20 percent said they've had sex AT the gym. Out of those frisky folks, 49 percent were straight, 31 percent were gay, and 20 percent just weren't picky.

But there's a problem here. The survey was conducted by Ann Summers, which is a UK sex shop. So we have to assume some bias in the data collection – people who shop at adult toy stores may statistically be more open to hooking up at the gym. Or maybe the Brits are just a randy bunch.

The second survey, though, is more reliable. 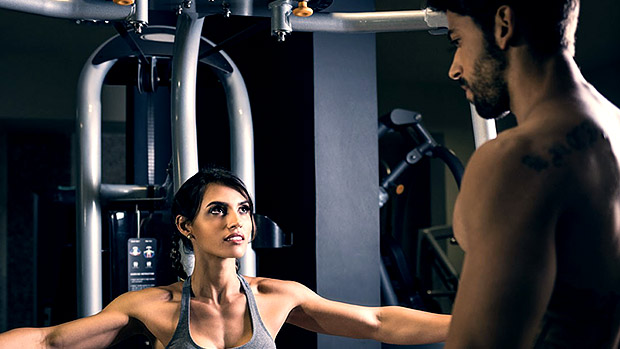 The Mating Rituals of Meatheads

A survey of 1000 people conducted by Elliptical Reviews gave us some fascinating insights. Here are the highlights:

Just for the fun of it, we polled T Nation® Instagram fans about this topic: 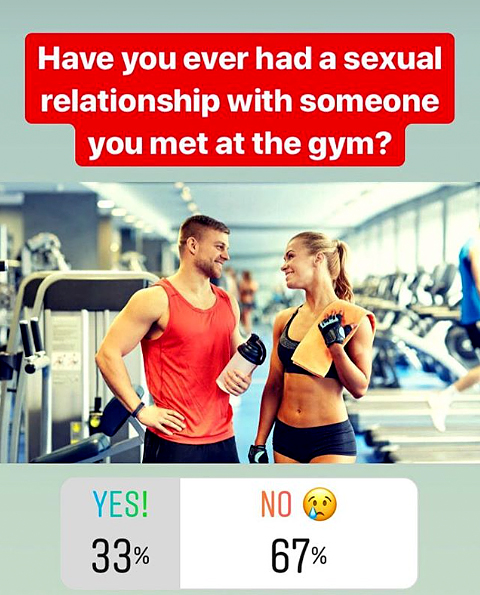 Based on the comments, some of these were meaningless hook-ups, but a surprising number of T Nation readers met their future spouses at the gym. Aww...