It's not uncommon. You compete in a bodybuilding show and afterwards you feel depressed. Seriously depressed.

Several things could be at play here and it's likely a combination of them – we'll go over everything. But right off the bat I'm thinking neurotransmitter issues may be a factor. The two main neurotransmitters involved in depression are dopamine and serotonin.

Dopamine is intensely triggered by the competitive mindset that comes with a bodybuilding prep. When you enter that "zone," dopamine is released in heaps. It's also what allows you to develop a long-term mentality, which gives you the ability to delay gratification or work/suffer now to win later.

For your whole prep you're likely neurologically supported by an intense stimulation of the dopaminergic receptors. When the competition is over, you don't have that anymore, or if you do it's to a much lesser extent. And lack of dopamine stimulation, especially when you had such a high level of it for so long, will give you depression-like symptoms.

Many anabolic steroids have dopaminergic activities. Dianabol and testosterone among others. So if you took steroids during your prep, you likely created a desensitization of the dopaminergic receptors: they got so used to receiving a monster stimulation that they're now non-responsive to a more "normal" dopamine level (or likely a low level in your case).

Depression in steroid users is getting more and more press. It's a real thing, at least when you stop taking them. And that reaction can hit you very fast because it's not due to psychological reasons (seeing yourself get smaller) but a neurological one (lack of dopaminergic stimulation/dopaminergic resistance).

I'm certainly not advocating taking steroids, but in the case of a competitive bodybuilder, I'd wait a few weeks after the competition to stop the cycle. You'll already have a crash after the show, no need to make it worse by having the chemical withdrawal effect from stopping the cycle.

And contrary to what some experts say, I'd recommend tapering down your doses. From a hormonal point of view, tapering isn't really effective, but to prevent depression it can help by gradually reducing the dopaminergic stimulation to avoid the crash. So you could simply initiate the taper after the competition and take 4 weeks or so to ease yourself off of the juice. 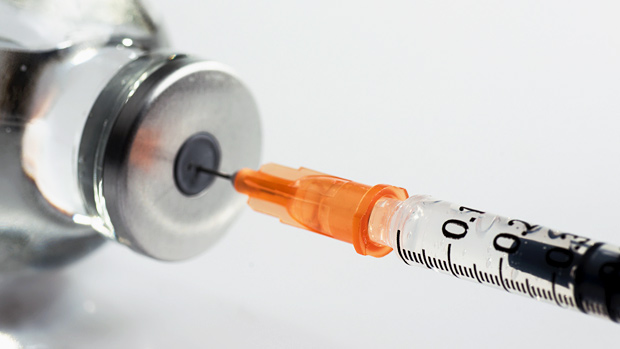 Lack of serotonin will increase anxiety, pain perception, and decrease quality of life. These effects will make it harder to sleep, and make you less able to deal with stress and other lifestyle changes (adaptation problems).

Serotonin is made from tryptophan, an amino acid. Without making things harder to understand, know that tyrosine (another amino acid, from which you make dopamine) and tryptophan compete for absorption and transport. When your carb intake is low, you favor tyrosine over tryptophan which will lead to a drop in serotonin.

So if you've been dieting down for 12-16 weeks, chances are you depleted your serotonin levels, which will also contribute to your depressive symptoms, mostly via an increase in anxiety.

A last neurotransmitter issue is related to the adrenergic (adrenaline) receptors. This will especially be a problem if you overuse stimulants or fat burners. For example, if you used clenbuterol you likely have desensitized adrenergic receptors.

Clen stays "connected" to the receptors for way too long and makes them resistant. That's why clen "stops working" after 7-10 days, and you either need to increase the dosage (dumb) or cycle it on and off.

But if you've been on clen for more than a few weeks, and you come off after your competition, you'll still have desensitized adrenergic receptors which will make you lethargic, unmotivated, depressed, and basically hate life. Why? Because your receptors don't even respond to your own natural production of adrenalin/noradrenalin anymore.

By the way, ephedrine can have the same effect if you take it several times a day.

Then there's the simple psychological reason for depression: you don't have a goal anymore. For 12-16 weeks your life revolved around that competition. And now that you don't have that anymore, you feel lost.

It's like your driving force has been robbed from you! On top of that, you're used to seeing yourself look better and better every day; now you're slowly getting worse (in your mind). Even if you still look awesome to everyone else, you don't have the excitement of the daily improvement anymore.

Honestly, a lot of people make a mistake by taking a week off from the gym after a show. Training stimulates dopamine and adrenaline and would help you land more softly, so to speak. You could take 1-2 days off then get back to the gym, doing what you enjoy. For 1-2 weeks post show, it doesn't matter what you do in the gym as long as you have fun.

I'd also look for a new, completely different goal. Why not a strength phase that allows you to simulate a powerlifting contest prep? That's just an example. Anything that'll put you right back in that competitive mindset will help.

Other Ways to Combat Post-Show Depression

I'd also recommend the following feel-good stack, and unlike steroids, it's perfectly healthy and legal:

Training to look like someone else is pointless. Instead, try to look like you... at your best. Here's how.
Blogs, Opinion, Strong Words
Christian Thibaudeau July 9
Unfortunately, most of the methods usually used to determine body fat are woefully inadequate and rife with potential problems.
Health & Longevity, Living Better
Jason Norcross May 17
Why would someone who once fervently rallied the industry against steroids eventually succumb to their call?
Living Better, Pharma, TRT
T Nation June 22