Do You Bleed When You Brush Your Teeth?

That’s usually caused by gingivitis: red, inflamed gums. And gingivitis is the first step of something much worse: a gum disease called periodontitis. In a nutshell, your gums are infected with bacteria that inhabit dental plaque.

This infection can spread to all the supporting architecture of your mouth, the underlying ligaments and roots of your teeth, and eventually your jawbone. Untreated, your gums will recede and your teeth will loosen up so badly that they have be pulled. 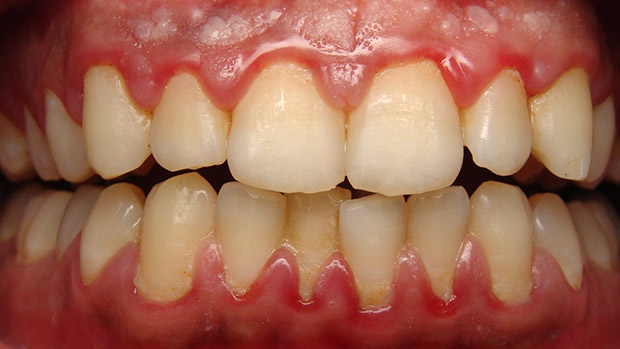 And here’s the real kick in the teeth: All this can happen without you ever getting a cavity, and even if you brush and floss like a good boy. Your toothbrush can’t reach down below the gumline to get the bacteria.

Lifters can be especially susceptible to periodontitis because we clench our jaws hard during heavy lifts. Clenching/gritting your teeth doesn’t cause the disease, but the force of it can quicken the breakdown of the periodontal ligament and bone. 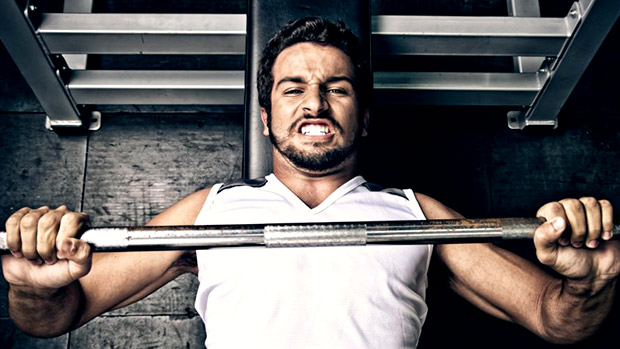 There’s a strong connection between gum disease and a host of life-shorting conditions, including heart disease, clogged arteries, strokes, worsening lung disease and even blood sugar issues. (Diabetics with periodontal disease have a tougher time controlling their blood sugar.)

It can even cause digestive issues. After all, you’re literally swallowing that infection.

What’s going on here? You can probably guess. It’s inflammation – the root cause of just about every health issue you can name. And it’s really the systemic inflammation that’ll get you, not so much the bacteria itself. So while it doesn’t appear to be causal, there’s still plenty of reasons to remove the bacteria and kill the oral infection.

Sorry, you gotta go the dentist. You can’t reach the bad bugs by yourself. And that calculus crap has to be lasered and/or busted off.

What you’ll probably have done is called a quadrant cleaning or scaling. A regular cleaning only works above the gumline, the parts you can see. A “quad” cleaning goes deep, really frickin’ deep, way down below the gumline and into those pockets of crud and infection. 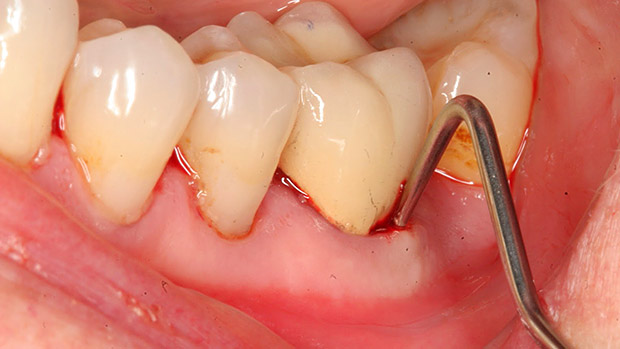 You’ll likely get a topical numbing agent then a couple of lidocaine injections. You want these shots, otherwise this cleaning would be akin to torture. Your hygienist or periodontist may apply an antimicrobial while she’s in there scraping, lasering, and jackhammering the calculus deposits.

As awful as that sounds, it’s pretty much painless. And the shots aren’t bad when the liquid numbing agent is applied first.

Typically, this requires two visits, one for each side of your mouth. Each visit takes a couple of hours. This will cost you several hundred bucks or more when you add in X-rays and other crap. Insurance may help.

You’ll notice that your gums stop bleeding when brushing almost immediately after the cleaning. Afterward, you can maintain things with the usual: brushing, flossing, a Sonicare, a bacteria-killing mouthwash, and regular cleanings.

Of all the minutia we fret about as health-focused people, it’s ironic that so many of us will spit blood for months into the bathroom sink and not really worry about it. Time to broaden our scope a bit.

Go get checked out. Get a quad cleaning. Do it for vanity. Do it because your mouth is gross. Do it for the possible systemic health benefits. Just do it.