Lots of lifters don't want girlfriends or boyfriends. They feel they're just time thieves. Besides, it's hard enough getting friends, parents, and siblings to understand why they spend so much damn time in the gym, so who needs yet another person making them feel guilty for begging out of the next gender-reveal party or whatever fresh hell he or she had planned for you?

Of course, not having a significant other presumably makes you miss out on a lot of regular sex. Enter Tinder and other dating apps, where finding someone to have sex with becomes super convenient – just another item to cross off the to-do list:

The authors of a new study, though, seem to think that dating apps influence "unhealthy weight control behaviors." Specifically, they say that people who use these apps are more likely to use bodybuilding supplements, diet pills, and laxatives, in addition to practicing more fasting or vomiting, to make themselves get more swipes to the right.

The Harvard University researchers gave questionnaires to 1,726 people between the ages of 18 and 65 and found that 17% of them used dating apps. A significant portion of this 17% confessed to having tried to slim down or improve their appearance in an "unhealthy" way during the previous 12 months.

"Unhealthy" was defined as having used one of the following six methods to lose weight: vomiting, laxative use, fasting, diet pill use, muscle building supplement use, or use of anabolic steroids. 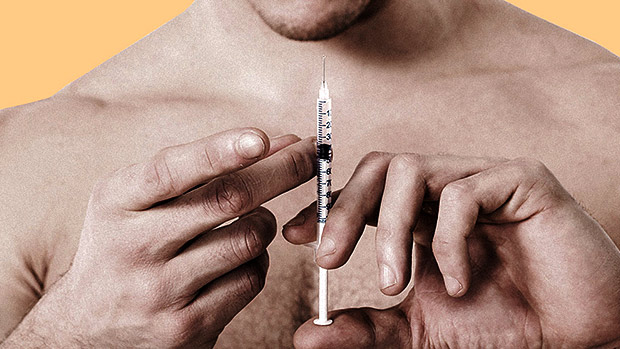 The authors of the study wrote that users of dating apps had "substantially elevated odds of UWCBs (unhealthy weight control behaviors) compared with non-users":

The researchers concluded that dating apps, along with mass media in general, "contributes to body dissatisfaction by perpetuating dominant body image ideals for men and for women. For men, this culturally constructed, dominant ideal is often one that is generally muscular with little body fat. For women, the thin-ideal is often the idealized social norm for the female body..."

What This Info Means to You

It doesn't take an expert in human behavior to hypothesize that dating apps put a lot of pressure on people to look good. It's the modern-day, anthropological equivalent of a baboon wetting down his cowlick before hitting on the female whose signaling her estrus through her red colored buttocks and provocative way of nibbling on a banana.

Further, I take issue with the "unhealthy weight control behaviors" categorization. There are tens of thousands of people who do some form of intermittent fasting or use some type of bodybuilding supplementation and they'd bristle at the notion that they were doing something unhealthy.

Even steroids can be used to enhance health, although I'll readily admit they're rarely used that way.

Here are five habits of highly effective lifters that you should adopt. Or just keep sucking. It's up to you.
Bodybuilding, Motivation, Opinion, Training
Paul Carter June 9

Are you the resident d-bag in your gym? Find out here.
Opinion, Strong Words, Tips
John Romano April 27

Should you really abstain before a big game? How does sex affect T levels? And do women really have better workouts after? The answers here.
Cortisol Control, For Women, Health & Longevity, Living Better, Testosterone Optimization
Dr Jade Teta May 14 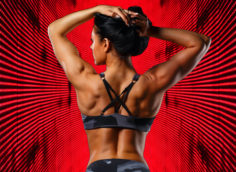 Is red light therapy all it's cracked up to be? This strength coach says yes. And it may be the solution for your nagging injury.
Health & Longevity, Living Better
Arianna Hoffman April 9