Back in my younger days, I had a few guiding principles – short quotes or sayings that kept me focused in my pursuit of muscle and strength.

They’re a bit embarrassing, but when you realize I spent many pre-workout hours switching VHS cassettes between scenes from Conan The Barbarian and Dune, you’ll understand.

Here are a few:

“Fear is the mind killer.” – Paul Atreides from Dune

“Sex is for lovers, not lifters.” – Dumbass Meathead from Local Gym

The first two I can live with. It’s that last one that bothers me most. I wish I could go back to my 20-year-old self and hit him across the head with a dumbbell and then beat the hell out of the guy who told me that.

There’s a long history of training lore that cautioned against sex. It went something like this: “Don’t have sex the night before the big game or it’ll make you weak.”

So you can maybe see where Mr. Meathead got his idea regarding sex and muscle gains. Problem is, not only does it take all the fun out of life, but it’s counterintuitive in many ways.

There’s a delicate balance between training and recovery. You train to stimulate the body. You breakdown tissue, you release hormones, you stimulate and stress the body to force it to adapt.

The body adapts by releasing anabolic hormones to oppose the catabolic nature of the stress hormones. This is why we eat our post-workout protein, spend time in the sauna, go get a massage, and make sure we get quality sleep.

Well, guess what else quickly pushes the body into a parasympathetic relaxing state, quickly suppresses stress hormones and floods the body with healing hormones like oxytocin? That’s right – orgasm.

The Science of the Big “O”

Here’s how orgasm works in the context of sex. There’s the excitement phase where desire builds. This is everything that happens before physical touch and basically what we refer to as eroticism.

This anticipation phase appears to be associated with high output of certain stress hormones (catecholamines and cortisol) as well as activation of the dopamine circuitry in the brain. It also appears to elevate testosterone in some studies.

The research in this area is far from being conclusive and there seems to be individual variation. For example, some women show lowered cortisol responses to this arousal phase while others show high stress responses or none.

As things escalate to sexual activity, most of the changes we see are brain changes. But one notable hormone elevated with physical contact is oxytocin, which has many positive effects. It’s mostly involved in feelings of bonding and connectedness and is correlated with lower stress hormones.

Once orgasm arrives, it’s associated with many changes in the brain and two very notable hormone responses. Oxytocin peaks and falls pretty quickly after orgasm unless physical contact (i.e. cuddling) is maintained.

The other hormone released is prolactin. If any hormone can be considered the hormone of orgasm, it’s prolactin. In both men and women, prolactin levels rapidly increase post orgasm. The magnitude of release and the duration of elevation favors men, meaning men have a larger prolactin release and a longer period where prolactin is elevated.

The current consensus is that prolactin is responsible for the refractory period that occurs post orgasm. This refractory period involves loss of erection, decreased desire for sex, and – most famously – sleepiness. 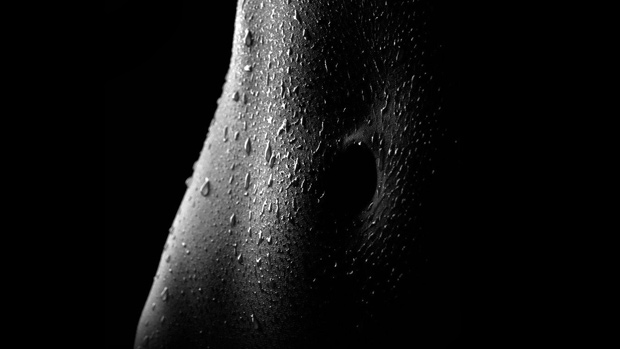 Is Sex the Best Pre-Workout for Females?

Women seem to suffer this refractory period much less, hence the ability for some to achieve multiple successive orgasms. If they do have this refractory state, it’s not as long lasting. This is all regulated by prolactin.

There are also several other post-orgasm changes. Imaging (fMRI) studies in women have shown the brain is undergoing a fascinating set of changes post orgasm. These include increased activity of the areas associated with relaxation, touch, reward, memory, and pain sensation.

Apparently, orgasm is a pretty reliable pain desensitizer for women. This effect may last for hours after orgasm. Along with this comes decreased anxiety and less activity in the parts of the brain associated with fear and what researchers describe as a “trance-like state.”

While I don’t have a double-blind study to quote here, I’d love to see a study that looked at whether these brain changes result in increased weight lifting PRs for females.

Less fear, less anxiety, greater trace-like focus, and greater pain tolerance? Sounds like the optimal mental state. Could orgasm be a performance enhancer for women? The research isn’t there yet, but it seems likely to me.

Sorry guys, there are no similar studies of the male brain on orgasm. However, it does look like the fear, anxiety, and pain reductions of orgasm may be female specific.

What About Going Solo?

Can I Orgasm Too Much?

What about orgasm frequency? Any potential downsides related to health and fitness?

When I was practicing primary care medicine, one rule-out for a man with low testosterone was prolactinoma (i.e. a prolactin secreting tumor). That said, research is mixed here. Some information suggests short spikes in prolactin, such as those related to orgasm, may have a positive effect on cell receptors associated with testosterone production.

One small study in men showed abstinence from orgasm raised resting testosterone levels and enhanced the testosterone elevation of anticipation. This study showed testosterone did not fall in the days after orgasm, but showed it did rise if another orgasm was delayed for seven days.

This is usually the case with hormones. They’re highly variable from person to person and sensitive to many external factors related to timing and experimental design (i.e. researchers observing from the other room may well raise stress hormones and lower testosterone).

These types of confounding factors are often difficult to eliminate. 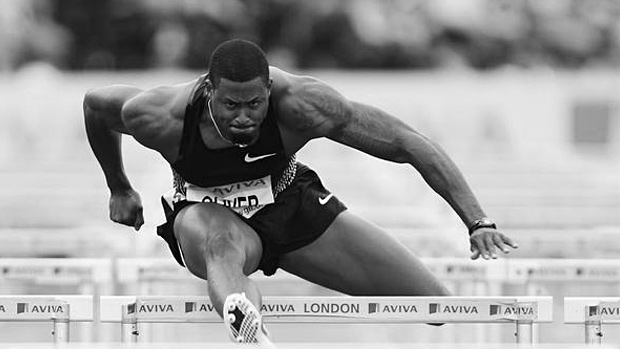 I offered some theoretical prediction based on female brain changes with orgasm, but is there any data showing sex helps or hinders exercise performance?

The October 2000 issue of the Clinical Journal Of Sports Medicine summed up the research in this area better than more recent studies.

Essentially, what this review and other studies show is that there are no performance decrements related to performance variables in the lab related to sex. However, most of these studies looked at sex 8-12 hours prior to an event.

The studies invariably don’t control for the “vigorousness of the sexual activity” and they also tend to ignore the “inverted U” hypothesis of sports psychology. Obviously, a two-hour, multiple orgasm sex session the morning of a big match could well be an issue.

The inverted U hypothesis suggests that an optimal state of relaxation, alertness, focus, and anxiety exists in relation to performance. As you can imagine, this becomes a game of individualization.

Unfortunately there are no studies that allow us to examine these speculations. Although, self-experimentation would likely be an enjoyable pursuit for most people.

We can be pretty certain that sex works as a rest and recovery aid. Orgasm is one of the most relaxing activities on the planet. We don’t need the science to tell us how rewarding a good sexual release can be, but happily the science supports our intuition.

The post-orgasm changes to the brain are highly relaxing (said to resemble heroin). Dopamine levels fall and serotonin levels rise. This is the hallmark of a satiated and relaxed physiology. We could imagine less cravings, more psychological wellbeing, less mental worry, and a greater focus on the present moment.

The hormonal activity also supports rest and relaxation. Stress hormones, including cortisol, are generally shown to be lower (the cortisol response may be variable, especially in women). Oxytocin levels are elevated and can remain high with plenty of post-coital cuddling. This makes us feel supported, suppresses cravings, and gives an overall sense of wellbeing.

The biggest impact is prolactin, which is far more pronounced in men. This is likely the major factor involved in the ability to easily fall asleep after orgasm and why men suffer this stereotype more than women. As mentioned, some lines of research hint that the transitory spike in prolactin has a positive impact on testosterone, while chronically high prolactin does not.

All of this makes sexual activity an ideal recovery method for those who are subjecting their bodies to elevated training stress.

These types of articles are the most difficult to write as the research is far from conclusive. I tried to focus my inquiry completely on human studies. Very few randomized controlled studies exist in this area. The ones that do exist suffer from the inherent issues associated with studying a sensitive topic under laboratory conditions.

What you have here is my interpretation, extrapolation, and perhaps biased reading of what’s available in the research. With that said, here are some possible take-homes to use in your training:

One thing we do know conclusively is that healthy, fit bodies have healthier sex lives and suffer less sexual dysfunction. They also look better in the act too.